How Did Marvel Manage to Include [SPOILER!!] in GOTG Vol. 2 without Legal Ramifications??

Alright, let’s do this again. There are obviously spoilers below for Guardians of the Galaxy Vol. 2. If you have yet to see it… and don’t want anything spoiled… turn back now. You’ve been warned.

So, what was your favorite part of Guardians of the Galaxy Vol. 2? Was is the snarky quips by Rocket Raccoon? Anything involving Baby Groot? The interactions between Mantis and Drax? Maybe it was a simple line of dialog like, “I’m Marry Poppins, y’all”?

For me… it was the greatest Stan Lee cameo to date!

When Rocket and Yondu are heading to save their friends, they’re jumping from portal to portal. We see various planets and locations, including a shot of a bunch of big-headed giants listening to the stories of an old comic book writer. He wasn’t a truck driver, an old man in a park, or even a mailman. Instead, we got to see Stan Lee for who he truly was: Stan Lee is a member of The Watchers, an ancient race of beings whose job it is to watch/record the events on various planets. It was an amazing scene and something that had been a fan theory for some time!

But who watches The Watchers?
But how could this work? One of the problems with the Marvel Cinematic Universe is that they don’t own the rights to all of their characters. That’s why we have our current Avengers lineup while The Fantastic Four and X-Men remain property of 20th Century Fox. However, as Marvel Studios President Kevin Feige told Slashfilm, there is some leeway in the way those character deals are drawn up.

“No. There’s joint custody with a number of things. There are certain characters that they have, but races that we share. If that makes sense?”

It should make sense. This whole argument was brought up when Quicksilver was set to appear in both the X-Men Universe and MCU. While Quicksilver is a mutant (thus falling under the Fox banner), he got his start in The Avengers (meaning Marvel can lay claim). There are certain characters and alien races that fall into a joint custody battle. One of those alien races is The Watchers. 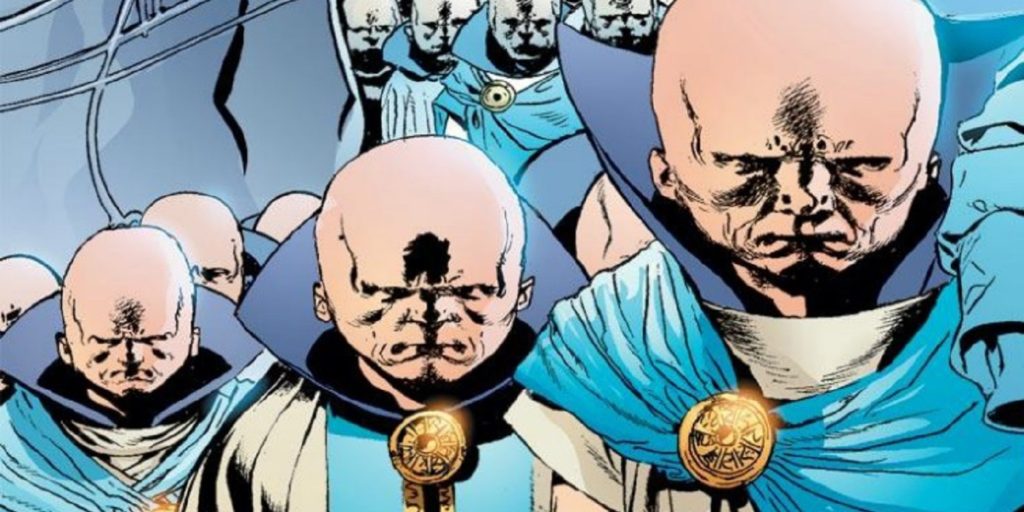 They’re probably jealous that Stan Lee has hair!
However, interpreting Feige’s quote, The Watchers can show up, but Marvel can only go so far. Sure, Stan Lee is a Watcher, but he’s not the comic favorite Uatu the Watcher. Of course, it’s going to be heavily implied, but it will never be confirmed.

While the scene of Stan Lee turning out to be a Watcher is amazing, another great story is how the scene actually came to be. Marvel Studios always knew what the scene was going to be, but most of the scene was orchestrated on the fly by Lee and director James Gunn.

“James (Gunn) is always throwing things to Stan and always getting Stan to try more things. And in one of those times, he said, he told the Watchers not to walk away and Stan just called after them as they’re walking away. And it was so funny that we put that at the very, very end of the movie.” 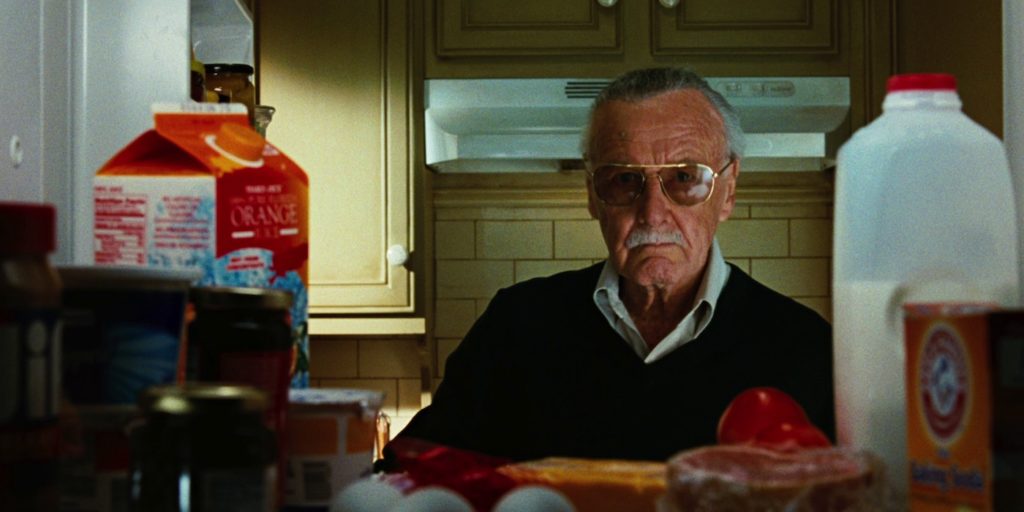 We should have known all along. I mean, he’s looking right into the camera!!!
The Stan Lee cameos have become a staple of Marvel movies. If you want a great comic book movie, you better have a solid Lee cameo. Guardians of the Galaxy Vol. 2 may have set a bar that no other movie can possible reach. The Russo’s are going to have to think outside the box, but according to Feige, anything is possible (and believable) when you’re dealing with Lee.

“Let’s just say he, Stan Lee, is certainly a different type of entity within the Marvel Cinematic Universe, who can hang out with the Watchers and tell them stories about all his cameos.“

The post How Did Marvel Manage to Include [SPOILER!!] in GOTG Vol. 2 without Legal Ramifications?? appeared first on The Source by SuperHeroStuff.

How Did Marvel Manage to Include [SPOILER!!] in GOTG Vol. 2 without Legal Ramifications??