Hollywood, It’s Time to Give Comic Book Movies the Respect They Deserve

Wear THIS, and be systematically snubbed for an award.

I couldn’t help but notice one thing as I watched the Golden Globes: the number of actors and actresses in attendance who were in Comic Book-related shows or films. You had Mahershala Ali (Cottonmouth in Luke Cage), Viola Davis (Amanda Walker in Suicide Squad), Andrew Garfield and Emma Stone (Spider-Man and Gwen Stacy in The Amazing Spider-Man movies), Colin Farrell (Bullseye in Daredevil), Tom Hiddleston (Loki in Thor and The Avengers), Chris Hemsworth (Thor), Amy Adams (Lois Lane in Man of Steel and Batman V Superman), Gal Gadot (Wonder Woman), and Blake Lively and Ryan Reynolds (Carol Ferris and Green Lantern/Deadpool). And that’s all the ones I can remember off the top of my head — I’m sure I’m missing a few.

But for all those notable actors in attendance, something felt like it was missing. Oh, wait, I know: nominations for their efforts in said comic book-related films over the years. That is why it is past time Hollywood, the Academy of Motion Picture Arts and Sciences, and the Hollywood Foreign Press need to start showing the comic book genre some respect. 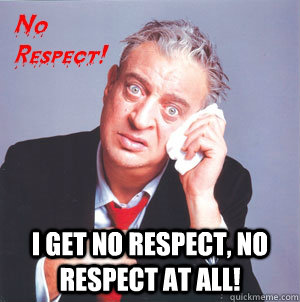 Sure, the late Heath Ledger has an Academy Award for Best Supporting Actor as the Joker in The Dark Knight, and Reynolds got a Golden Globe nomination for his work in Deadpool. Spider-Man, Superman Returns, Iron Man, The Avengers and Guardians of the Galaxy got Best Visual Effects nods as they should have, but that hasn’t been enough. Comic book movies deserve more than just visual effects nominations sine there are genuinely great performances in these movies.

“It doesn’t matter who we are. What matters is we are giving award-worthy performances and nobody is awarding us.” Photo Credit: Warner Brothers Pictures

There have been plenty of performances by actors, and directing by directors in comic book movies that deserve nominations. Robert Downey Junior may have won a Golden Globe for Sherlock Holmes, but he absolutely deserves a nomination for his portrayal of Tony Stark, especially in Iron Man. Watch this and tell me he didn’t act his ass off.

Another undercooked performance belongs to Michele Pfeiffer in Batman Returns. Sure, this came out 25 years ago, but holy crap is she off the rails as Catwoman.

Or Hugh Jackman, who has been the bright spot of the X-Men franchise this whole time with his portrayal of Logan/Wolverine. You can’t ignore that greatness.

And Academy Award winner Ben Affleck. Sure, Good Will Hunting and Argo got him some Oscar gold already, but you can’t deny he was amazing as Bruce Wayne/Batman in Batman V Superman.

Just watch this scene and tell me Affleck isn’t awesome.

Directors get snubbed, too. How about the Russo Brothers getting snubbed for Captain America: The Winter Soldier, James Mangold for The Wolverine, James Gunn for Guardians of the Galaxy, or Zack Snyder for 300 or Watchmen? All outstanding jobs. All great direction. Unfortunately, they all got the shaft from the nominators. Yes, I know Christopher Nolan has award nominations, but it’s for Inception and not for his Batman films.

Screenwriters also deserve praise, like Rhett Reese and Paul Wernick for Deadpool. They wrote an excellent script. Other screenwriters who are overdue for recognition include David Goyer for his work on Batman Begins, Jonathan Nolan for The Dark Knight and The Dark Knight Rises, the Russo Brothers for Captain America: The Winter Soldier and Civil War, and James Gunn and Nicole Pearlman for Guardians of the Galaxy.

Comic book movies are THE moneymakers for studios these past 15 years. Spider-Man was the top grossing film of 2002. Spider-Man 2 was the second highest grossing film of 2004. Batman Begins and Superman Returns were the sixth and fifth highest grossing films in 2005 and 2006. Spider-Man 3 was the highest of 2007. The Dark Knight took the crown in 2008 with Iron Man right behind it, and The Avengers and The Dark Knight Rises were first and second in 2012. Iron Man 3 topped the box office in 2013 and Man of Steel was fifth. FOUR of the top ten grossing films of 2016 were all comic book-related: Deadpool, Batman V Superman, Captain America: Civil War and Suicide Squad.

Not only do they make bank, for the most part they are well-made films. Let’s visit the Rotten Tomatoes scores of some fairly recent comic book movies:

And it isn’t like comic book movies have featured bad actors and actresses — they attract A-list talent and Oscar winners or nominees. Practically the whole cast of The Dark Knight Rises have been nominated for, or won Oscars. Kevin Coster and Diane Lane (Ma and Pa Kent in Man of Steel) both won Oscars. Gwyneth Paltrow (Pepper Potts in the Iron Man films) has an Oscar and Golden Globe. Same can be said for Nicolas Cage (Ghost Rider) and Jared Leto (Suicide Squad).

Emma Stone (Gwen Stacy) was nominated for a Golden Globe for Easy A and La LA Land. Amy Adams (MOS) has a few Golden Globes and JK Simmons (J Jonah Jameson in Spider-Man and soon to be James Gordon in Justice League) got an Oscar for Whiplash. Heck, Captain America: The Winter Soldier has Robert Redford, who’s won every acting award possible. So, it’s not like we have D-list people acting in these films.

Hollywood can’t have its cake and eat it too. These movies rake in the dough, but come up empty year after year in award season. It seems like there is a dismissive attitude towards comic book films from the Academy, like they somehow aren’t “real movies.” Far from it. There is a ton of effort that goes into making each and every one of these movies. You think the batcave in Batman Begins just made itself? No. An entire set design team brought it to life.  Did that movie or the set design team get any love from the academy? No, but freaking Memoirs of a Geisha took home the Oscar for Best Art Direction. Who even remembers that movie?

Just because they don’t appeal to you doesn’t mean they aren’t “important” movies. I picture uptight members of the Academy sitting in their homes, sipping on champagne, eating boiled goose like in Lonely Island’s “Boombox” looking at a screener of Captain America: The Winter Soldier and tossing it aside: “Oh, Chris Evans runs around in a blue suit and throws a large saucer sled? DISMISSED!” 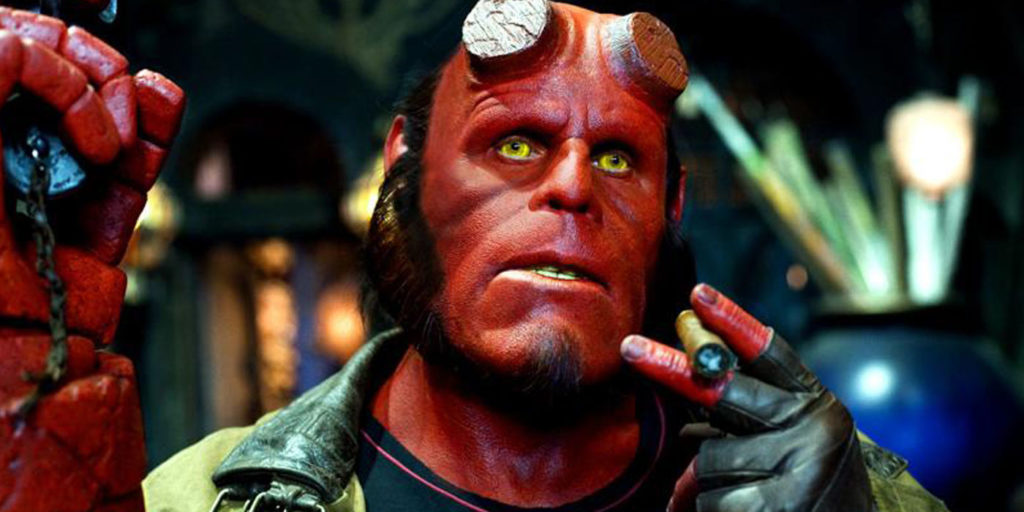 “You mean to tell me I sat in the makeup chair for hours every day while Johnny Depp gave the same performance he does over and over again and HE gets the Oscar nomination?”- Ron Pearlman in 2005, maybe. SIDE NOTE: Pearlman as Hellboy is another underrated performance that is overlooked. Photo Credit: Columbia Pictures

They need to start nominating movies people actually saw compared to movies next to nobody saw, or some that aren’t even out yet. You tell me how La La Land got so many Golden Globe nominations back in December even though it was just widely released last weekend. Meanwhile, Deadpool gets just one Golden Globe nomination.

If they nominated movies people actually saw, then TV ratings wouldn’t be plummeting. Last year’s telecast had the lowest ratings in eight years. Nobody alive in 2011 remembers 2012 Best Picture winner The Artist but they all remember Thor and Captain America: The First Avenger.

It’s like there’s something the comic book genre has left to prove that nobody has figured out yet, when there isn’t. What more do they have to do to get the Academy’s approval?

I’m not saying they all need to WIN awards. But the Academy and the HFP need at least start nominating comic book movies for awards more often. They are great movies; clearly there’s an audience for them and if you nominate them, they’ll bring in TV viewers.

Stop being dismissive, Hollywood. There’s nothing left for the genre to do to “legitimize” it. Start showing these movies the attention and respect they deserve.

“BRAVO! BRAVO! Great article, Keith. Your Pulitzer should be in the mail in no time!”

The post Hollywood, It’s Time to Give Comic Book Movies the Respect They Deserve appeared first on The Source by SuperHeroStuff.

Hollywood, It’s Time to Give Comic Book Movies the Respect They Deserve