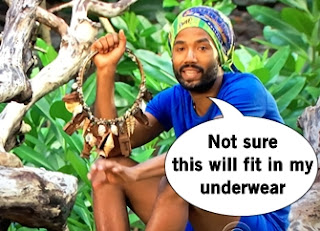 This episode is brought to you by the failures of Survivor: Micronesia. Yes, this week is full of advantages found that were misplayed back on the first Fans vs. Favorites season. Michael finds the legendary effing stick, a fake idol crafted by Ozzy that Eliza knew couldn't be real when her ally Jason found it. Given a decade of time to marinate on Ghost Island (show me the proof!!), it's now a real idol. But that's not the only Micronesia relic to develop superpowers: Wendell finds the immunity necklace Erik infamously gave away and was then blindsided out of the game. That necklace is now a regular immunity idol and officially the most difficult idol to hide down your pants in history. And if you need one more twist, Kellyn gets sent to Ghost Island and wins an extra vote advantage, the advantage overlooked by Michaela in Survivor: Game Changers. Enjoy the twists, everyone!

Hemp Land USA Review
What is Conversion Tracking? How to S…
2020 Winter Customer Success Report
Kiran SSC Math’s 8900+ Chapterwise PD…
Signs That You’re In A Healthy Love R…
Tired of their losing status, Malolo burns their tribe flag to try to reverse the curse. One could credit the flag burning or the slow decline of the Naviti bond. After the last shuffle, Naviti 3.0 is annoyed by by Bradley and his 'tude. Don't you dare come for Donathan, you got that? Naviti loses the Immunity Challenge and will get to test their Naviti strong bond. Donathan and Libby are the only original Malolos, but also Bradley is annoying so gotta weigh the pros and cons. 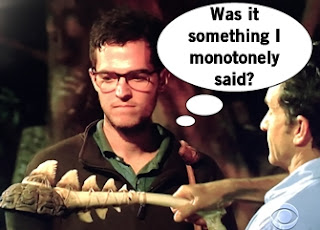 Tribal Council time! Probst is basically asking if this is going to be another dull Naviti strong Tribal Council and there's indications maybe Naviti will stick together and pick off Malolo. Bradley talks about how they're such an amazingly close five, but Donathan points out they burned Domenick in the past. Libby owns up to her past move to get rid of Morgan and burn Domenick. Bradley admits he's trying not to be a dick around camp, but is unaware people definitely think he's camp dick. Behavior is discussed and how it can affect the game. And so the tribe votes and that behavior around camp is definitely top of mind, with the tribe defying that annoying Naviti strong mantra and blindsiding Bradley.

[All images credited to CBS]