Today marks our 14th day on our Pandemic Florida Trip. Fourteen days is a long time to be away on vacation but it wasn’t over yet. Not even close. We still had a few more adventures to do.

I was up again way to early. I had my alarm set for 6 but I was up by 5. It didn’t matter I was so used to it by now. So I got myself ready and had another great breakfast. Than I waited for the clock to strike 7.

Discover the Magic of Venice in Novem…
IBM Takes The Wraps Off World’s First…
How to Avoid Forex Scams
How to Tell if You Have Bed Bugs?
20+ Fun Star Wars Snacks Busy Moms Ca…

Around 06:55 I had the Disney app opened and kept refreshing so I could get the boarding pass for Rise of the Resistance at Hollywood Studios. Once 7 hit I was one and getting our boarding group. I managed to get group 26 and knew that also long as the ride didn’t break down that we could ride it before we headed over to EPCOT. 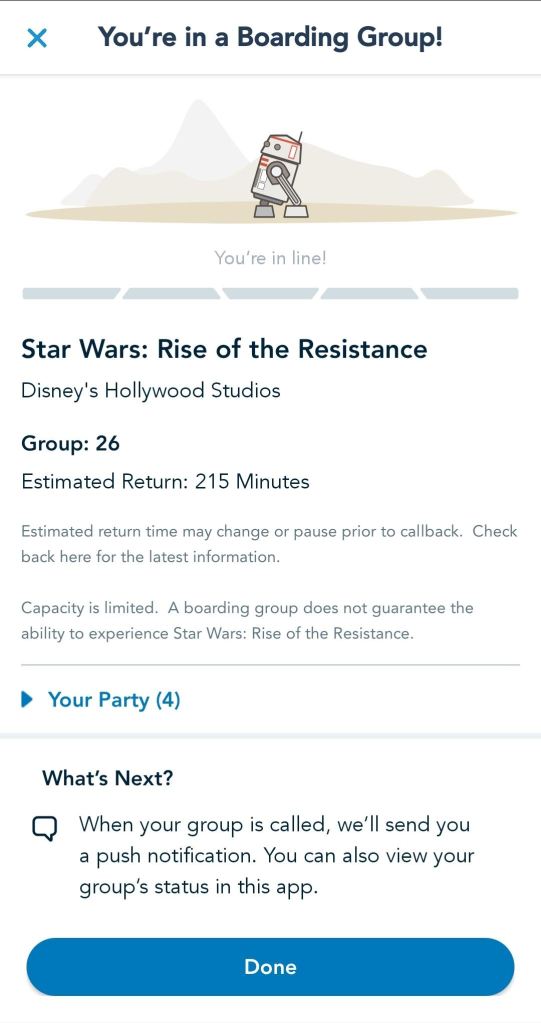 At this point everyone was up and getting ready for another big day of rides and food. It was going to be a fun day too. I just had a good feeling about it. I mean why wouldn’t I. We got a boarding group for the hottest ride in Walt Disney World.

By 8am we were loaded into the car and heading towards Hollywood Studios. We made it into the park and started walking back towards Toy Story Land. By the time the park officially opened we were already on and off Toy Story Mania.

That was a great thing but both Slinky Dog and Rise of the Resistance were down. Since both of those rides were down the remaining rides had a long wait time. By 9am Mickey & Minnie’s Runaway Railway and Rock ‘n’ roller coaster had over an hour wait. Tower of Terror had a posted wait time of 45 minutes. 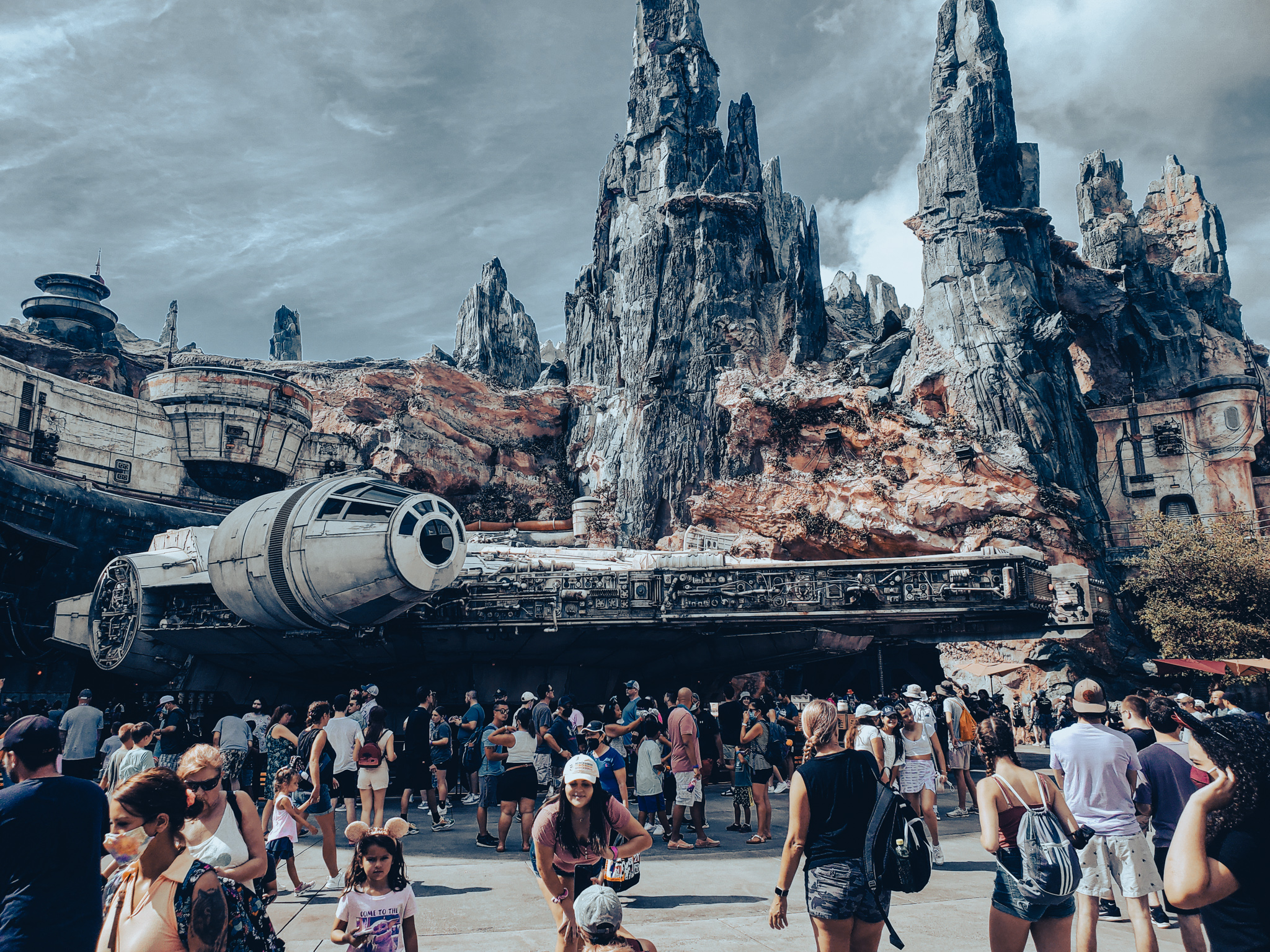 So today, at least at Hollywood Studios would be filled with long wait times. Good thing we could explore Galaxy’s Edge. So that’s what we did. We checked out all the things around.

We ended up not doing a lot of rides today at Hollywood Studios. Between everyone not knowing what they wanted to do and the wait times. We did ride a couple though. Plus my daughter and I ended up riding Rise.

No one else wanted to ride it. Boy did they miss out. From the moment you get in line till you hit the exit you are in for one heck of an experience. It is like no other ride at Disney or anywhere else. It is truly amazing.

It was getting close to 2 at this point so we wanted to make our way over to EPCOT. Now my daughter was the only one who rode the gondolas before so everyone took them over to EPCOT.

I drove over so we had the car. Now just like yesterday, I was able to park pretty close to the front of the park. Once I was able to get in I meet them back in France so we could start our food tour around the world and look for Remy.

We stopped at so many booths along the way and got something from each. Today was the day I wish we stayed at a Disney Hotel and they had the Dining plan. Everything we ordered, minus the drinks, would have been a snack credit. I really hope Disney brings the Dining plan back soon. Without the the Dining Plan I just don’t see the point of staying at an overpriced Disney Hotel. Especially when a place like Wyndham Grand Bonnet Creek is on Property, has so much to do, and a lot cheaper.

Now like I said we tried so much different food. By far our favorites were the Griddled Cheese in Greece, Filet in Canada, and Ribeye Taco in Mexico. The only thing I wasn’t very impressed with was the Roast Bratwurst on a Pretzel Roll in Germany. However, I should have combined that with the cheddar and bacon soup from Canada. That would have been amazing. Maybe, the next time I visit for food & wine I will.

Snacking around the world was a lot of fun. We did try so much stuff and were pretty full by the time we left. Of course, we didn’t just eat the whole time. We also checked out some of the different shops and tried to find Remy in each country. That little guy was tricky to find but we found him. 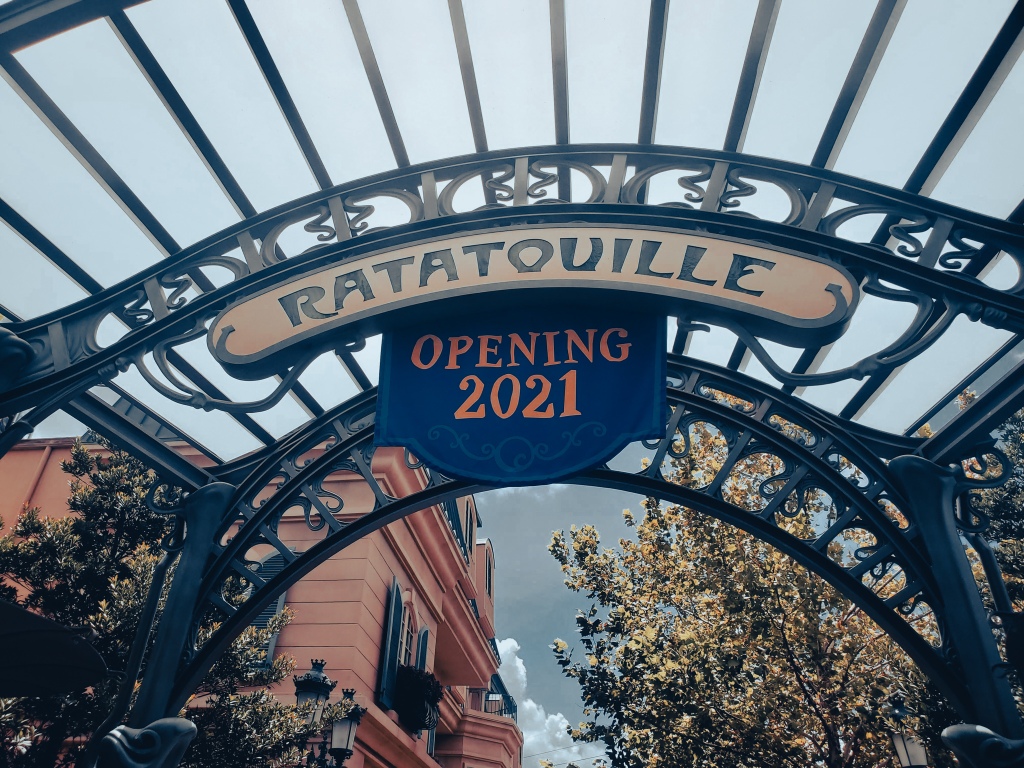 I also must say I was a little disappointed that the new ride wasn’t opened yet. It’s been ready since around May or June but won’t open until Oct 1st, 2021. I guess it makes sense since Disney is trying to take the crowds away from Magic Kingdom that day. If you don’t know, Magic Kingdom first opened on October 1, 1971. So it’s 50th birthday is right around the corner and you know it will be mobbed.

Ever Disney fan wants to be at the Magic Kingdom on that day. I know I wouldn’t want to be. The crowds will be insane. Good thing they won’t be so insane today since we were getting ready to go back over there.

We exited EPCOT and drove over to the TTC and parked the car. Again, we had a fairly close parking spot. Now today we decided to take the monorail over to Magic Kingdom instead of the ferry. Turns out that was a big mistake. We ended up getting stuck on the monorail for about 20 minutes.

It turns out they were having problems putting another monorail on the tracks. Not sure why they didn’t do it the night before since today the Halloween party was happening. They waited till 6pm. It was not a good time and made everyone a little more on edge.

When we finally made it to the Magic Kingdom it was incredible busy. Almost everything had a 30 minute wait or longer. My daughter and I ended up just checking out the different shops while the rest of the group hit up a ride or two.

We ended up not staying at the Magic Kingdom for too long. One it was really, really hot still. Two it was super busy with regular guest and party guest being there. The third reason was we could only take the Ferry boat back. The monorail was still down and as far as I know didn’t go back up the rest of the night. 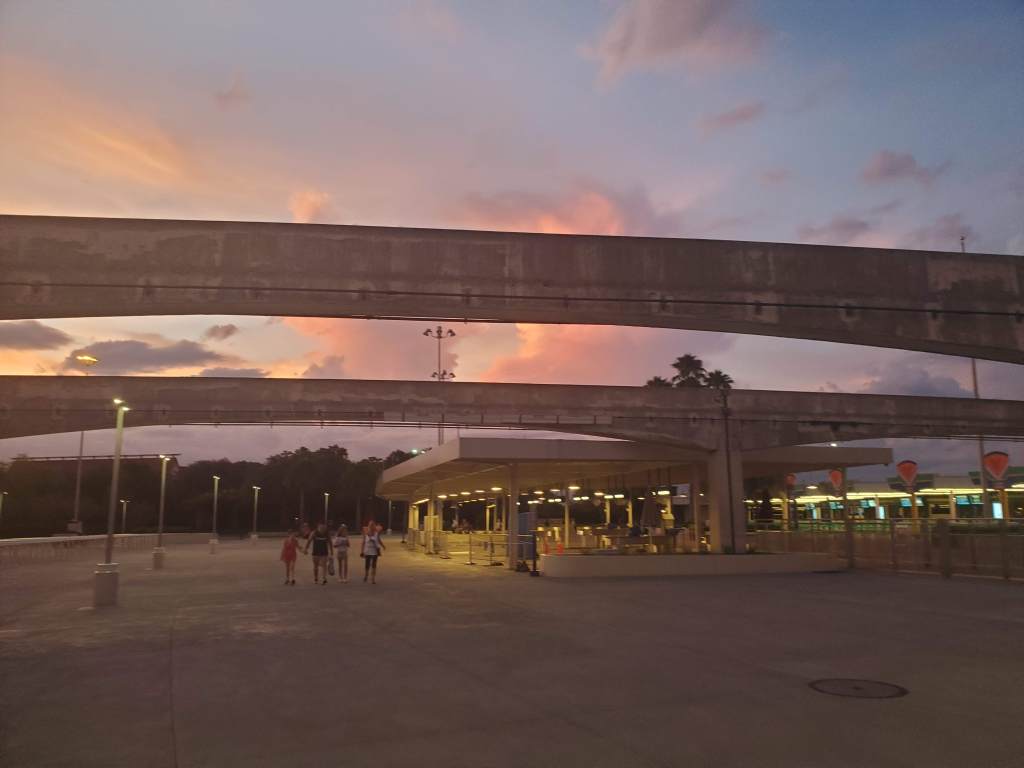 The ferry boat ride back to the TTC was a nice one. There was a nice breeze and the views were amazing with the setting sun. I know I could have gotten some amazing pictures around the park. Since I didn’t, I ended up just snapping some around the TTC.

On the way home we dropped some bad news on Keira. She was expecting for all of us to go to Universal tomorrow. But between heat and the cost of a one day ticket it just didn’t make sense.

She was upset but I let her know we would be staying an extra day at Universal. That made her not so upset which was a good thing. In two days we would be checking into Lowe’s Sapphire Falls resort. My friend let me know that Universal was running a deal on hotels for Annual Passholders. We got a great deal on the room too.

So it turns out tomorrow will be another day relaxing at the resort. Who knows what else we will be doing. So you better check back tomorrow to see where the day takes us.

Swimming with the Fishes – Day 9

Matching Shirts and All – Day 8


This post first appeared on Kozmophotos, please read the originial post: here
People also like
Discover the Magic of Venice in November
IBM Takes The Wraps Off World’s First 2nm Chipset
How to Avoid Forex Scams
How to Tell if You Have Bed Bugs?
20+ Fun Star Wars Snacks Busy Moms Can Make
Keeping in Touch – Chapter 1
Why Slots and Blackjack Make Best Tandem Play Buddies