Hollywood Studios in Orlando Florida was the third theme park opened at Walt Disney World. Originally called MGM Studios, it opened on May 1, 1989. It’s focus was on the movie industry and was even a working Studio up until the 2010s.

Butcher House, St. Petersburg
Cooperation Models in Software Develo…
Self Motivation: How to Keep Moving F…
How to Start A Business Using Your Ba…
“BUY Sqribble? My Honest Review!

In 2018 Hollywood Studios was the fifth most visited theme park in North America with over 11 million guests. With the opening of Galaxy’s Edge in 2019, I can only imagine that the numbers have continued to go up.

Below you will find the complete guide to Hollywood Studios. Everything from the rides, shows, and food. Is Hollywood Studios worth spending the whole day in? Or is it just a half day park? Wondering if you should choose Hollywood Studios over EPCOT or Animal Kingdom (check out our choice)? One thing is for sure. Batuu at Galaxy’s Edge is amazing. 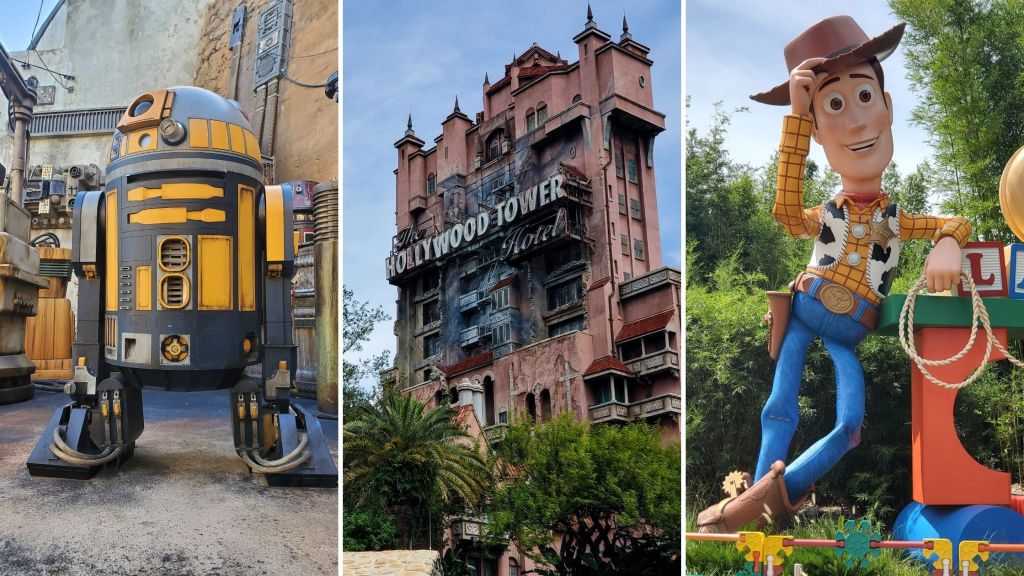 Technically, Hollywood Studios is broken down into seven different lands. They are Echo Lake, Hollywood Boulevard, Sunset boulevard, Animation Courtyard, Grand Avenue, Toy Story Land, and Galaxy’s Edge. However, to me I consider there to only be three lands. Those are Galaxy’s Edge, Toy Story land, and the rest.

The rest doesn’t really have any set theme other than maybe 1920s Hollywood. But I never really thought Hollywood Studios had the most detailed lands. Of course, that was before Toy Story and Galaxy’s Edge. While the two new lands are very interactive and immersive. The rest of the park is very boring. 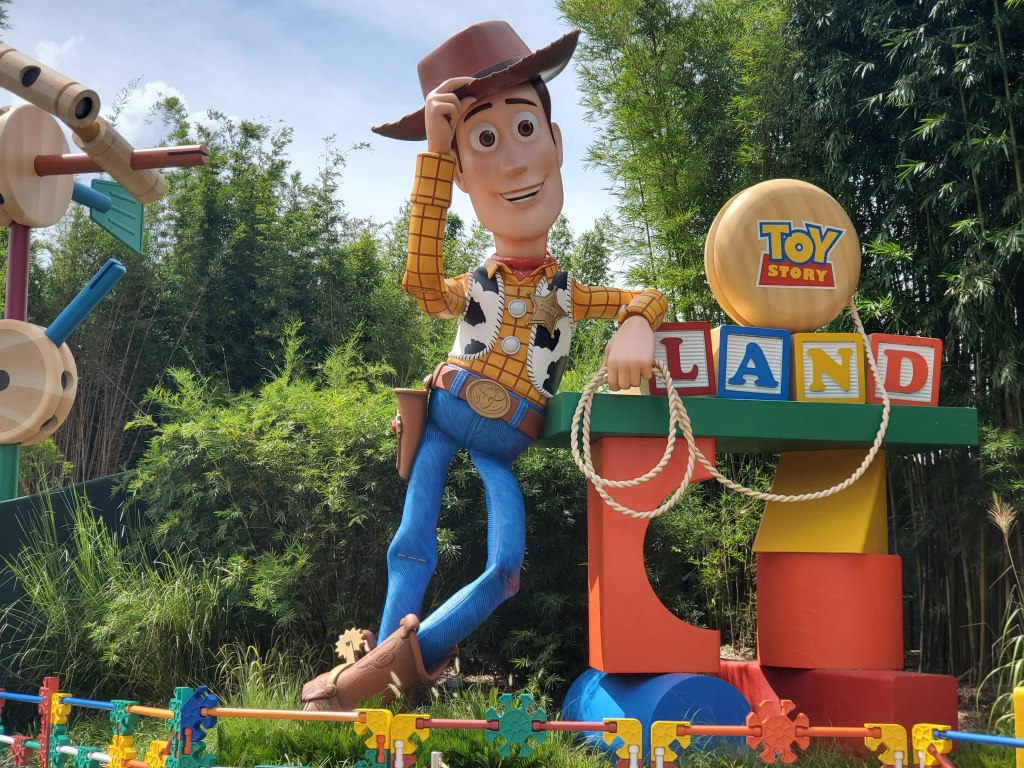 Toy Story Land is the “oldest” of the two lands. It opened on June 30, 2018 with two new rides and moved the entrance of Toy Story Mania!. The other two rides are Alien Swirling Saucers and Slinky Dog Dash. All three rides are fun and very enjoyable for guests of all ages.

When entering the land it appears that you shrink down to the size of a toy. Everything is bigger than life. From the oversized footprints in the ground to the oversized building blocks. It really has a cool feel to it. The major problem with Toy Story Land would have to be the lack of shade. As you may already know, Florida gets insanely hot in the summer months. Apparently they forgot about this when designing the land and didn’t have many shaded areas. There are umbrellas set up now but it barely helps.

Star Wars Galaxy’s Edge is the newest land at Hollywood Studios and within Walt Disney World. The theming here is incredible and immersive. You really feel like you are on a different planet within the Star Wars Universe. The level of detail within the land is amazing. Pictures just don’t do it justice.

One of the most popular rides calls Galaxy’s Edge home. Of course, we are talking about the ever popular Rise of the Resistance. Millennium Falcon – Smugglers Run is the other ride within the land. Both rides are amazing as well as the queues. Plus who hasn’t wanted to take a picture inside the Millennium Falcon?

There are also a few places to get a quick bite to eat and plenty of shops. Ever wanted to try the famous Blue Milk that Luke drinks in A New Hope? Head over to Black Spire Outpost on Batuu for your chance.

The rest of the lands are not very special. However, you do have two notable buildings. Grauman’s Chinese Theatre is an exact replica of the one in California. Of course, who can miss the Hollywood Tower Hotel. Both of these buildings look amazing and are great for photos. However, you really are not missing much when it comes to the rest of the areas.

Nine rides can be found within Hollywood Studios. Five of them are less than three years old as of May 2021. That is pretty incredible when you think about it. The remaining four rides are fan favorites.

Tower of Terror is a thrilling ride that has a mind of its own. You never know how far you will drop and it is random every time.

Mickey & Minnie’s Runaway Railway is the newest ride to open at Hollywood Studios. Soon that won’t be the case but as I write this, it is true.

Rise of the Resistance is something else entirely. There is just no describing this experience. You can’t even justify calling it a ride. It is a complete experience. You won’t find anything like this anywhere.

Smugglers Run is another hands on type of ride. Will you be the most feared gunner in the galaxy? Maybe you will beat Han Solo’s record? You won’t know until you take control of the Millennium Falcon.

Star Tours takes you on a fantastic journey through the Star Wars universe in this amazing 3D motion simulator.

Alien Swirling Saucers will have you worshipping the Claw just like the Toy Story Green Aliens do.

Toy Story Mania! Is one of the best 3D shooting games at any theme park.

While there might not be as many shows today as there have been in the past. You will still find a few.

Indiana Jones Epic Stunt Spectacular! Is a fast pace, heart pounding adventure showing some of the stunts from different scenes from Raiders of the Lost Ark. Will Indy escape the boulder again? You’ll have to sit down and watch.

Muppet Vision 3D is a fun 4D film experience with your favorite muppets.

Fantasmic! Is the nighttime show at Hollywood Studios that has you wanting more. One of the nice things about this show that makes it different from the other parks nighttime shows. You can sit down and actually enjoy the show!

When you think of where to get the best food at Walt Disney World. I am willing to bet that Hollywood Studios doesn’t cross your mind. To be honest I don’t blame you. I often don’t bother getting anything at Hollywood Studios. If I am paying out of pocket I would rather head over to Disney Springs or even my resort. However, that doesn’t mean there are not noteworthy items at Hollywood Studios.

Sci Fi Dine-In is one of my favorite table service restaurants to visit. While the burgers are good they are not amazing. The reason this place is a favorite of mine is for the Orbiting Oreos shake. This adult drink is made with oreo shake mix and Godiva Chocolate Liqueur. It is a party in your mouth.

50’s Primetime Cafe is like going over your grandma’s for dinner. The theming inside the restaurant is great. If you don’t mind getting “yelled” at while on vacation make sure you play along. Remember to eat your veggies and keep your elbows off the table.

Hollywood Brown Derby is the signature dining location at Hollywood Studios. Here you will find all those fancy dishes I know you all want to have while vacationing at WDW. If you don’t mind spending the money this is a really great place to get a delicious meal. 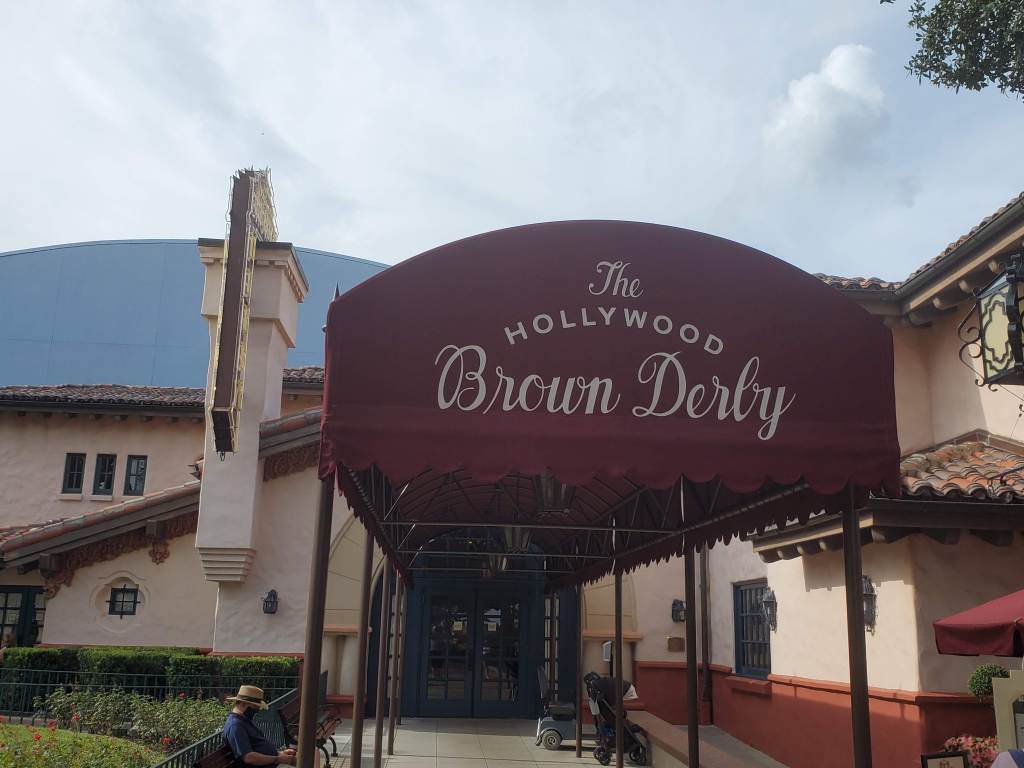 Docking Bay 7 food and cargo and Ronto Roasters in Galaxy’s Edge offer some out of the world options. However, if you skip either place you won’t be missing much either.

While some places have pretty good food. I wouldn’t go out of my way to eat at Hollywood Studios. Between the four theme parks and Disney Springs. Hollywood Studios is at the bottom of the list when it comes to finding a place to eat. I would probably rather eat back at the resort than in Hollywood Studios.

However, if you still want to grab a quick bite to eat there are some ok places to do it. Check out our rankings on the different Quick Service locations. Now there is one thing I will always get when I visit Hollywood Studios. Over at Epic Eats they have some amazing funnel cakes. Not only are they tasty but when the dining plan is available, you can use a snack credit on them. You really can’t beat that at all.

Out of the four Disney World theme parks, Hollywood Studios is my least favorite but it might be your favorite. The two new lands have some of the best theming around. There’s nothing like feeling you just traveled across the universe and landed on a different planet.

You also can’t beat the rides at Hollywood Studios. I would have to rank Hollywood Studios second, if it was just based off of rides. Tower of Terror, Rise of the Resistance, Rock ‘n’ Roller Coaster, Slinky Dog Dash, and Runaway Railway are some of the best rides within Walt Disney World. All of them would make a top 20 of all the rides in Orlando. At least they would if I made the list.

Looking for more Disney Related content? We have all kinds of guides to help make your trip easier and more enjoyable. Clueless on where to start? Follow us on Facebook (DisneyByKoz or KozmoPhotos) and check out our handy booking guide and don’t forget to follow us to stay up to date on our latest post. Sign up for our E-mail list and get your FREE WDW Booking Guide in a PDF. Click here to sign up today.

Want to continue on the journey with us? Be sure to follow us on social media by clicking the icons below. We post content weekly and are always looking for fun and exciting places to visit. Just drop us a line on where we should go next or what we should do.

Thank You everyone who has commented and followed us. It means a lot and helps us continue making post, photos, and guides for you. Till our next post….. Have a great day! 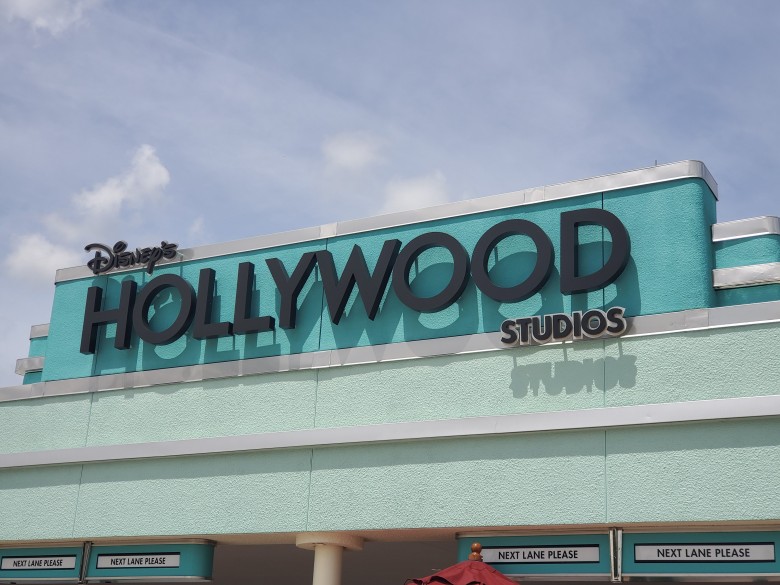 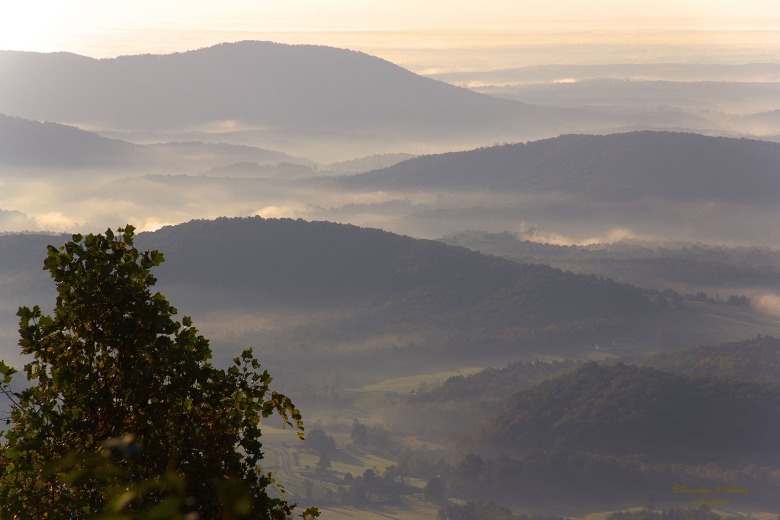 Guide to the Skyline Drive 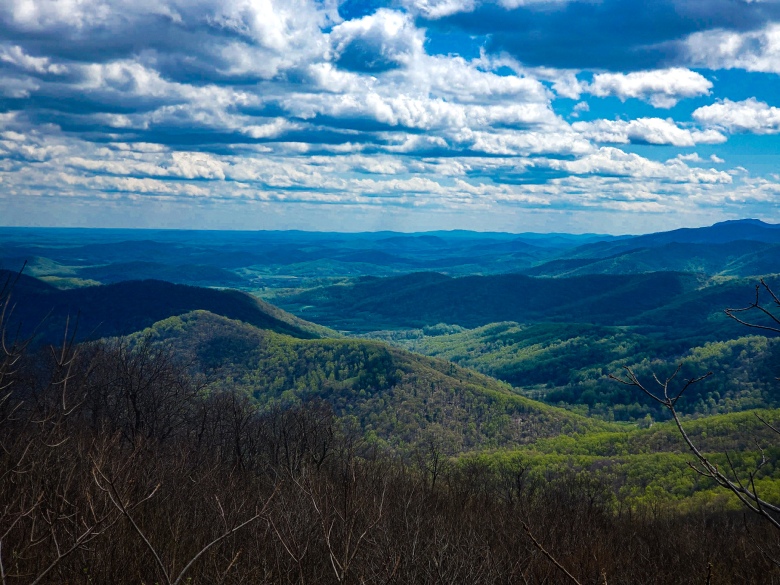 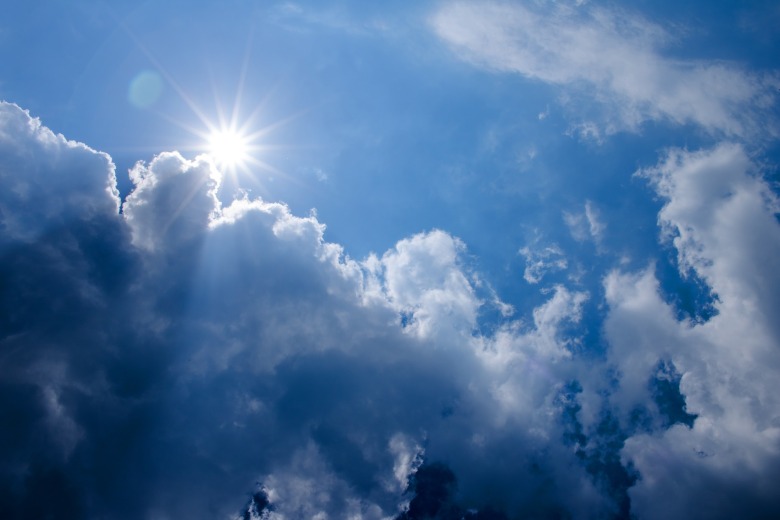 Making the most out of Midday Photography

10 Things to do in Philadelphia for first timers

How to Create your own Road Side Emergency Kit

How to Plan a Road Trip 50 Places to Visit in Pennsylvania


This post first appeared on Kozmophotos, please read the originial post: here
People also like
Butcher House, St. Petersburg
Cooperation Models in Software Development: What Is the Best?
Self Motivation: How to Keep Moving Forward In Your Career or Business
How to Start A Business Using Your Backyard?
“BUY Sqribble? My Honest Review!
Boomerang – New Telugu Short Film 2018 || Directed by Sridhar Marepalli || Silly Shots