When Daniel Dubois knocked out Richard Lartey in four rounds last year, he did so in dramatic fashion.

The highly touted heavyweight prospect was chin-checked for the first time in his career as his rugged Ghanaian opponent didn’t simply come to lie down.

Well that was a wild exchange

In the early stages of his fledgling career, Dubois’ previous opponents mainly attempted to survive, however Lartey took a different approach.

In the second round he buzzed the home fighter with a right hand – something we hadn’t previously seen happen to the 21-year-old.

Then, in the third, all hell broke loose as Daniel Dubois hurt Richard Lartey and began to pursue him with ruthless intent. 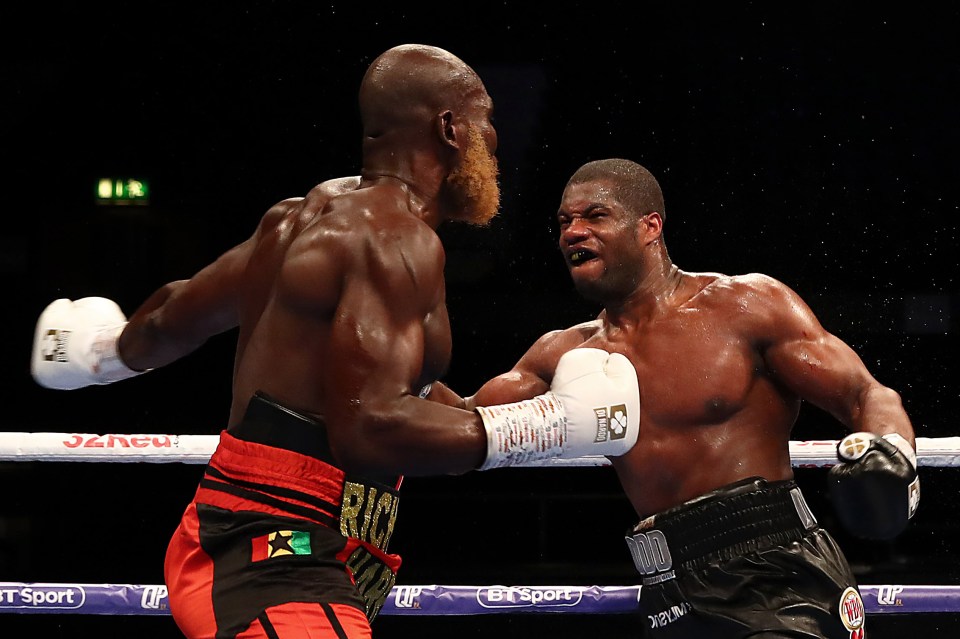 The pair ended up winging massive hooks at one another for a crazy ten-second period in which either man could’ve been knocked out.

Remarkably it was the Brit who ended up being punched slightly off balance, ending the exchange.

In the following round, Daniel Dubois regained his composure and finished the job, knocking out Richard Lartey as expected.

Respect to Richard Lartey for coming to fight. I learned a lot tonight and now ready to move on to July 13th and whoever @frankwarren_tv wants to put in front of me.