UEFA President Aleksander Ceferin believes Liverpool will be crowned Premier League champions – regardless of the season being resumed or not.

Football matches in England have been suspended indefinitely due to the coronavirus pandemic, which has infected more than a million people worldwide, with the death toll exceeding 70,000. 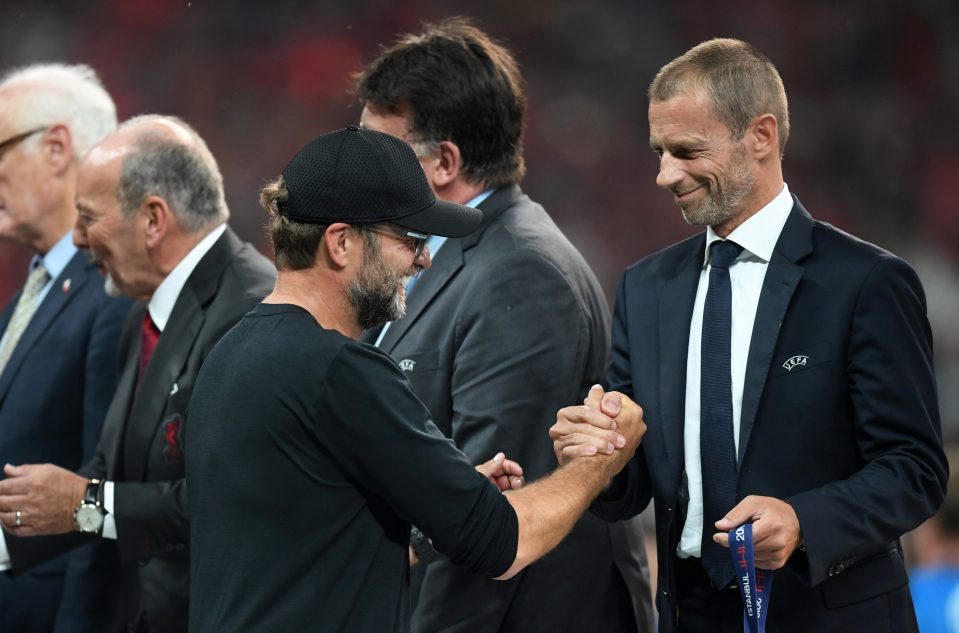 The Reds have won 27 of their 29 Premier League games this season to lead second place Man City by 25 points.

There had been suggestions of declaring the 2019/20 campaign null and void, which would deny Liverpool a first top-flight title in 30 years.

However, Ceferin admits Jurgen Klopp’s men will finish the season as champions of England ‘one way or another’.

He told Slovenian outlet Ekipa: “I see no way for Liverpool to stay untitled. If the championship resumes, they will almost certainly win it.

Give COVID-19 the red card

The quicker we work together to stop coronavirus spreading, the sooner we can get back into the pubs, the gyms and stadiums and arenas to see live sport again…

STAY AT HOME. Only leave for the following purposes:

For more info and tips, visit the NHS website.

The government has also issued further detail on what we can do during lockdown.

Everyone should do what they can to stop coronavirus spreading.

“Theoretically, it has not yet reached the guaranteed level, but it is practically close.

“However, if it could not be played, it would also be necessary to announce the results in some way and find some key on how the champions should be determined.

“And, of course, again I do not see a scenario in which that would not be Liverpool.

“I understand that fans will be disappointed if it happens in an empty stadium or even at the green table, but I believe they will win the title one way or another.”

Leagues in Italy and Spain have also been suspended indefinitely with those countries the most affected by COVID-19 in Europe by.

But Ceferin is confident about LaLiga and Serie A resuming.

EFL to appeal decision to clear Birmingham of misconduct charge