Ole Gunnar Solskjaer has admitted Mason Greenwood has played himself into contention for Manchester United’s Premier League opener against Chelsea.

The forward once again impressed as the Red Devils breezed to a 4-0 victory over Leeds in their second pre-season friendly in Perth. 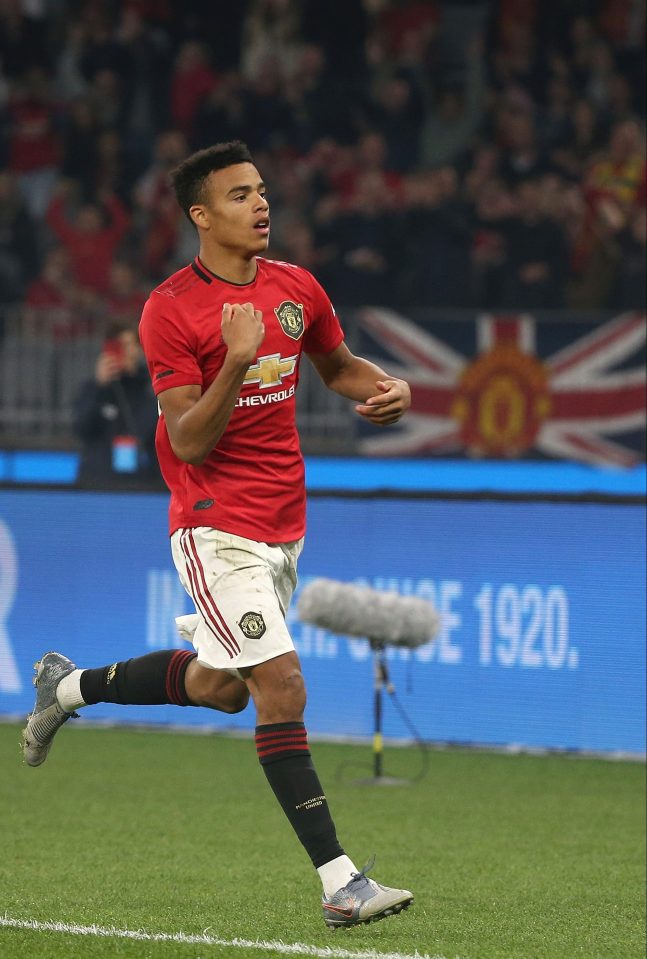 Greenwood opened the scoring for Man United against Leeds

Greenwood, who appeared against Cardiff on the final day of the previous league campaign, has dazzled at youth level over the pas 12 months.

And he opened the scoring for Solskjaer’s side against Leeds, tapping home Aaron Wan-Bissaka’s pinpoint delivery into the area.

The 18-year-old also shined in United’s 2-0 defeat of local side Perth Glory over the weekend –  and Solskjaer has now conceded the youngster has a ‘good possibility’ of starting against Chelsea at Old Trafford.

How did Daniel James perform during first Man United start against Leeds?

How did Wan-Bissaka perform during first Man United start against Leeds?

Speaking to the media after the match, Solskjaer said: “He’s got a chance to start that one. Yeah, definitely.

“He’s capable, more than capable, and he’ll always be there, in and around the box creating chances, and I won’t say that’s not a possibility.

“No, it’s a good possibility if he keeps going as he does. Difficult to keep players out that perform well.”

Solskjaer made 11 changes at half-time but the Red Devils retained their rhythm, with Phil Jones powering home a header from Andreas Pereira’s corner.

Anthony Martial converted from the penalty spot late on to round off the victory after Tahith Chong was brought down inside the area.

United’s tour of Australia has now come to a close, with the Old Trafford club heading to Singapore to take on Inter Milan – the side aiming to sign Romelu Lukaku this summer.

The 26-year-old was conspicuous by his absence again after picking up another knock on the eve of the game.

“Of course, it’s not ideal when you miss training sessions,” Solskjaer added on the Belgium forward. “He missed yesterday’s or towards the end of a session, then he missed a game again today.

“So, he’s missed two chances to play 45 minutes, and at this stage of the season it’s important for us that we get everyone fit, so hopefully he’ll be available soon.”

Guess Who – Love Affair Between A Producer & A Starlet