Batchelor was one of an elite group to have scored for both Orlando Pirates and Kaizer Chiefs, South Africa’s two biggest clubs, in the Soweto derby which is played in front of 90,000 fans.

The former striker also served as a witness in the trial of Oscar Pistorious and was reportedly very close to some well-known figures in the Johannesburg underworld. 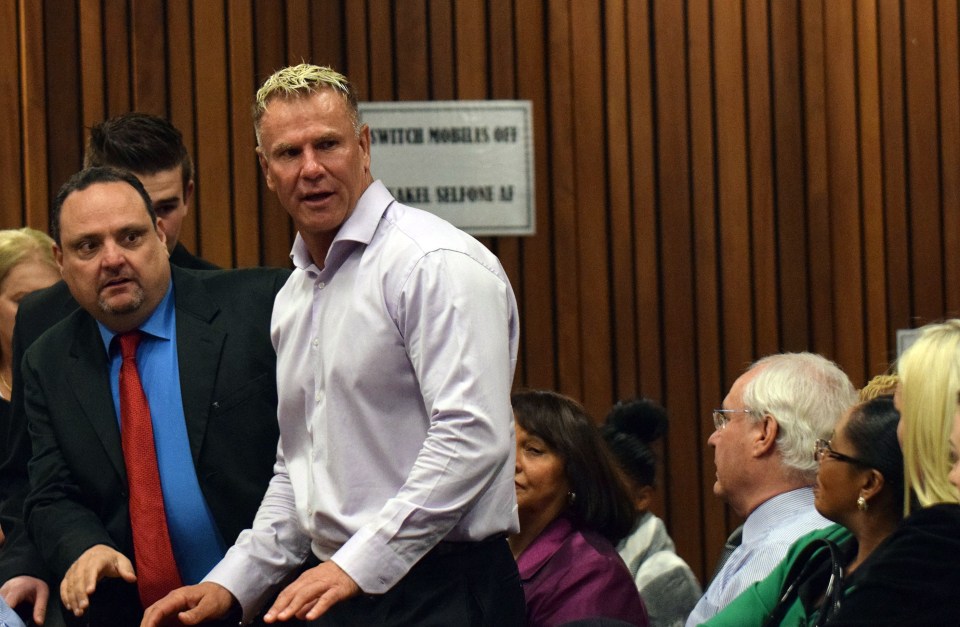 Mark Batchelor was a witness in Oscar Pistorious’ trial

“He was attacked by two men who were driving a motorbike,” a police spokesman Col Lungelo Dlamini told South African Broadcasting Corporation.

“He was about to drive into his premises. The suspects shot several times at him.”

Dlamini added: “He died inside the car and they drove away without taking anything.

“At this stage, we are still investigating what the motive for the attack was and these suspects have not yet been identified.” 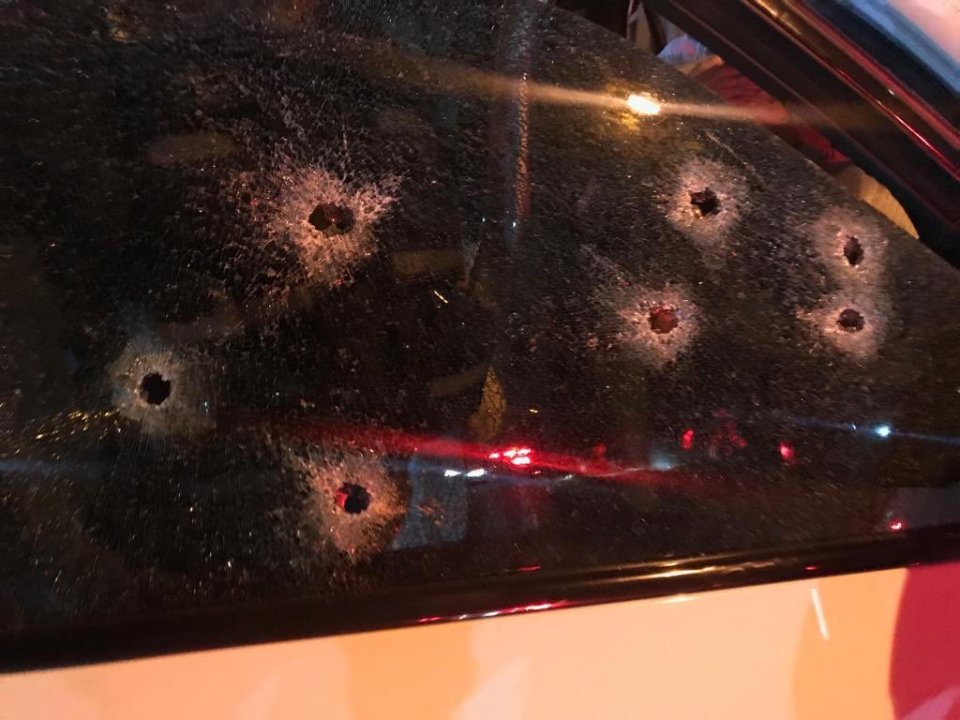 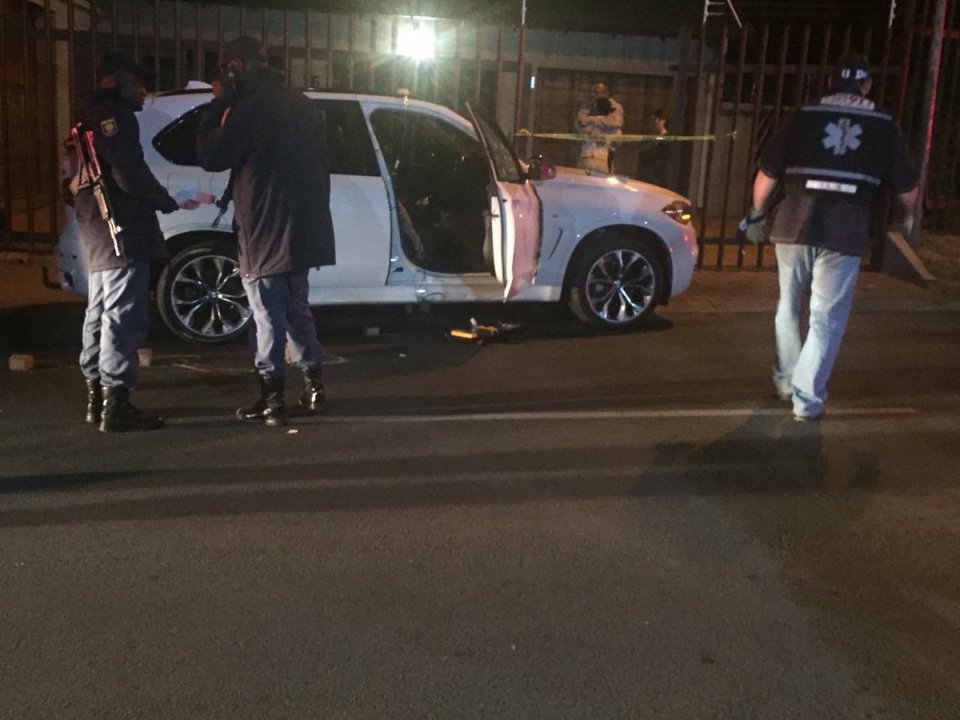 A police spokesperson confirmed nothing was taken from the scene

Dlamini also told eNCA news Batchelor was travelling with a gardener, who was unharmed.

“I am shocked to learn about the passing of former Kaizer Chiefs player Marc Batchelor,” said the club’s chairman Kaizer Motaung.

“On behalf of Kaizer Chiefs, I wish to express my deepest heartfelt condolences to the bereaved family, friends and the football fraternity. May his soul rest in eternal peace.”

Batchelor had previously feuded with Pistiorius before the Paralympian was jailed for murdering girlfriend Reeva Steenkamp. 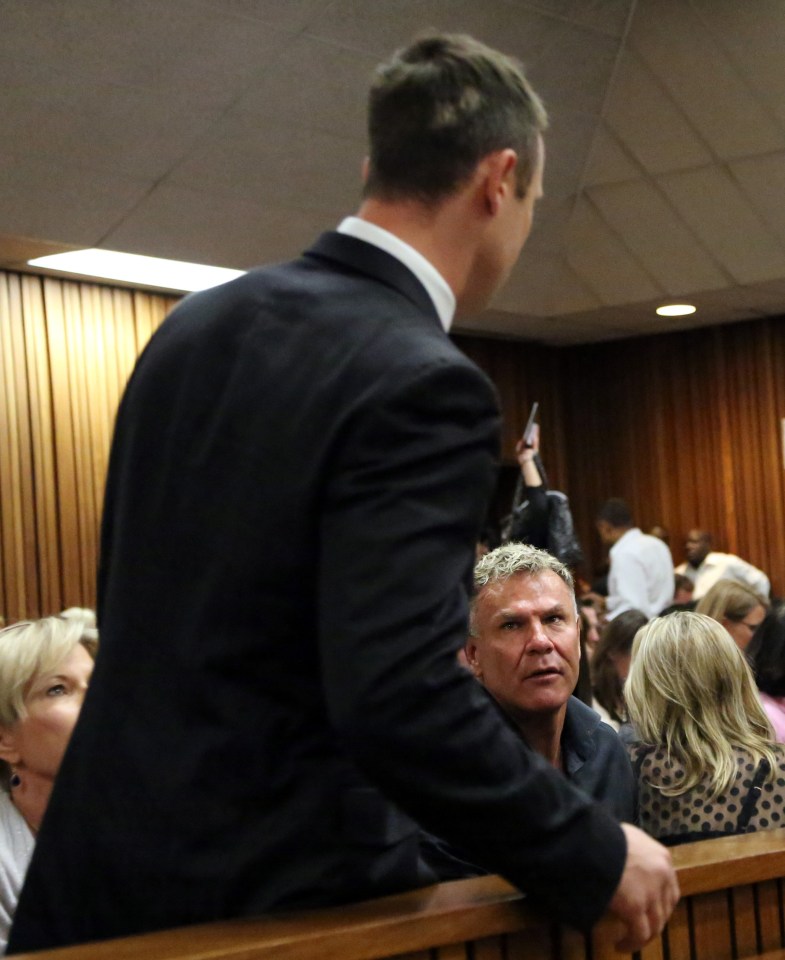 The ex-footballer claimed ‘blade runner’ Pistorius threatened to break his legs after believing he had slept with his then-girlfriend Samantha Taylor.

In a interview with news channel 48 hours in 2014, Samantha Taylor told how she had first meet Pistorius at a rugby match in Johannesburg and the pair had started chatting on Facebook.

She said: “He was very charming and respectful, we got along very well.

Her mother, Trish Taylor, then goes on to say the relationship in the beginning was fantastic and that they seemed to get on so well.

She said: “They shared a birthday and had a lovely birthday party that year.”