The Brit made his physical attributes tell against his overmatched, undersized, late-replacement opponent and put him away without any trouble. 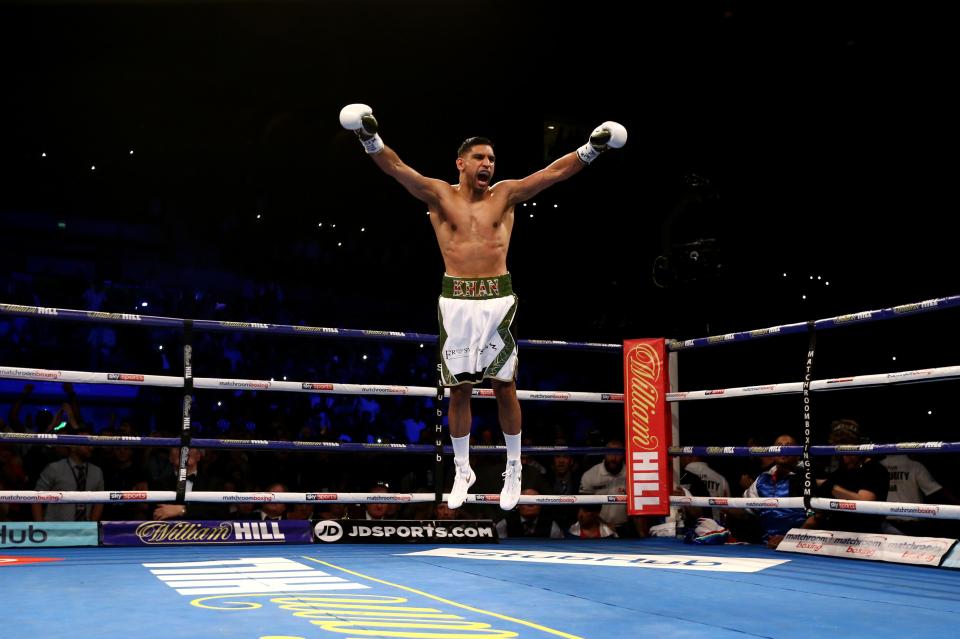 In the opening round, the size difference between the pair was blatant as super-featherweight Dib jumped up 17lbs to face welterweight Khan on short notice.

Although nothing hugely significant landed from either man, it seemed to be only a matter of time.

Come the second, this theory proved true as the Brit decked the Australian with a big left hook.

Dib survived the two minutes left on the clock and even made it through the third round, but was unable to put a dent in his opponent and fell again in the fourth.

A speedy, powerful combination of body shots from Khan sent the challenger crashing to the canvas – at which point his corner threw in the towel. 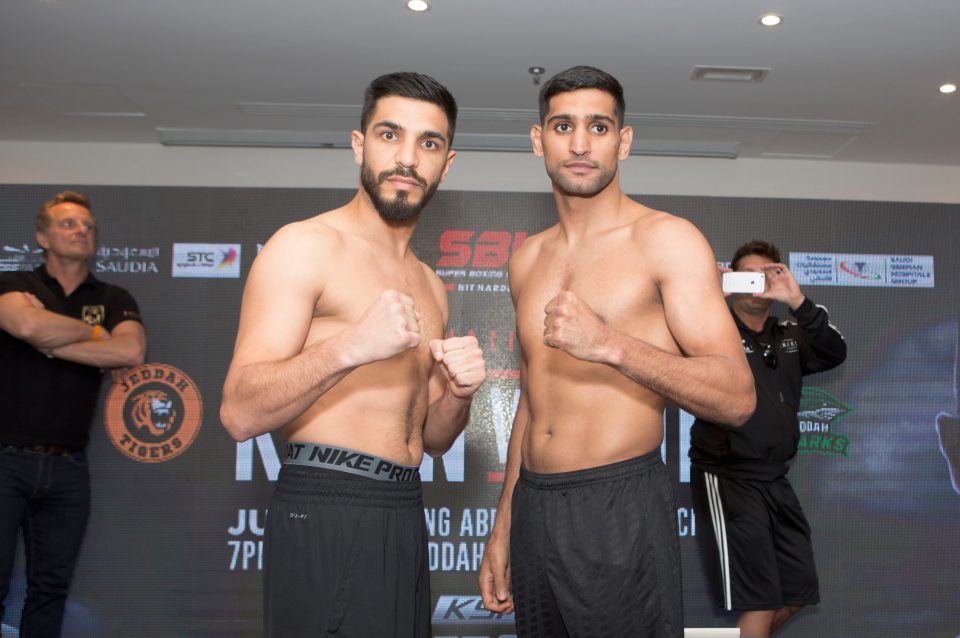 Dib proved no match for Khan

The result came as a delight to the Saudi crowd at the KASC Sports Hall in Jeddah, who were excited to see Khan boxing in the region for the first time in his career.

It was his first fight back since defeat to Terence Crawford in April, and sets him up for another big clash later this year with names such as Manny Pacquiao and Kell Brook touted.

In his post-fight interview, Khan said: “I felt very comfortable in there. Obviously having a new trainer, Bones Adams.

“We had to work on a strategy, I slowed myself down a little bit instead of rushing all the time.

“I was seeing everything, making sure I was putting in the right shots, I felt very comfortable in there…

'You got any f***ing pride?' – Mike Tyson has questions for AJ ahead of Ruiz rematch

Amir Khan vs Billy Dib: The bizarre Saudi show you can’t help but be intrigued by

“Hopefully we come back again at the end of the year and bring Manny Pacquiao here.”

Earlier in the night, Hughie Fury won a bizarre bout with Samuel Peter on the undercard.