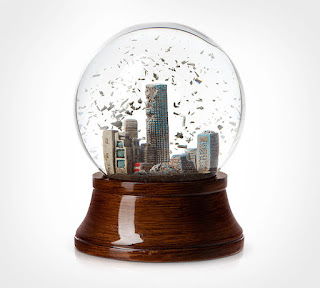 I wrote this sentence and that thing made me incredibly happy.  I was like
Now that’s a good ass sentence!
Clear evidence that God still loves women and writers.
It wasn’t just a sentence.  It became a thread.  So I was able to pull it from the beginning of the chapter through the end of the chapter.

Idilio Sáfico: un romance lésbico dif…
5 Practical Tips on How to Use Social…
Monthly or quarterly dividend stocks?…
14+ Best Websites to watch HK Dramas …
Interview with the legendary comic bo…
It’s in a story I’m writing for my son who has been living apart from me for the past few months.  The inspiration is obvious.  It’s about a boy whose mother goes missing.
But I digress.
I was telling you about evidence of God’s love for me found in this thread that I wrote.  I mean judge EXHIBIT 1 here for yourself:
EXHIBIT 1
The morning after the boys made a torch out of the broom, THE Sky Broke OPEN.  Lightening split clouds with a tremendous crash.  Rain fell in sheets.  At Gibraltar AME church in South Boston, Miss Eula Bell taught the children to sing “He’s got the whole world in His hands.”  Miss Eula Bell said that it was a song of consolation—that children should trust everything to be all right no matter how many things seemed to be going wrong because God was big enough to hold the entire planet in His hands.  Being that big meant He could absolutely handle every problem that a tee-night-chy person had.  Even the biggest problems were small to Him.  Yet and still, God cared about every little thing—“The whole world in His hands.”  Ric sang along because the song assured him that he didn’t have anything to worry about—ever.  But that morning, THE SKY BROKE, sounding to Ric just like God had dropped the earth on a cold, stone floor and cracked it.
You see that?  I’m telling you that shit is good.  THE SKY BROKE. That thing right there is it!  That shit makes me happy!
In and of itself it ain’t nothing really special.  I know.  I say that expression all the time.  The rain comes down so hard during a thunderstorm and it seems like the sky broke.
But then see what I did there, I made the expression even more literal—
the sky
is the glass
of a snow globe.
And it broke
because God
dropped it on the ground.
If that good ass writing ain’t proof that God loves me then I don’t know what is!