Madaari Movie Review:- A Must Watch!!!

With the release of some great movies in the past few weeks, Movie lovers were left in a pickle. They had some tough choices to make from some of the best.
From the heading itself, you must have realized what movie I chose to watch. And here is my review about this amazing film.
What is it about?
Madaari is a Social-Thriller film by Nishikant Kamath. Irrfan Khan starrer Madaari is inspired by real life. It is yet another attempt by a filmmaker to bring to light with the corrupt systems existing in our country. Madaari begins with Irrfan's voice-over which is the essence of the film. In this movie, the writer and the director have tried to showcase the anger of common man against faulty system and corruption. Madaari is a priceless portrayal of love, separation, revenge, and most importantly, India's hypocrite politics.
How was it? 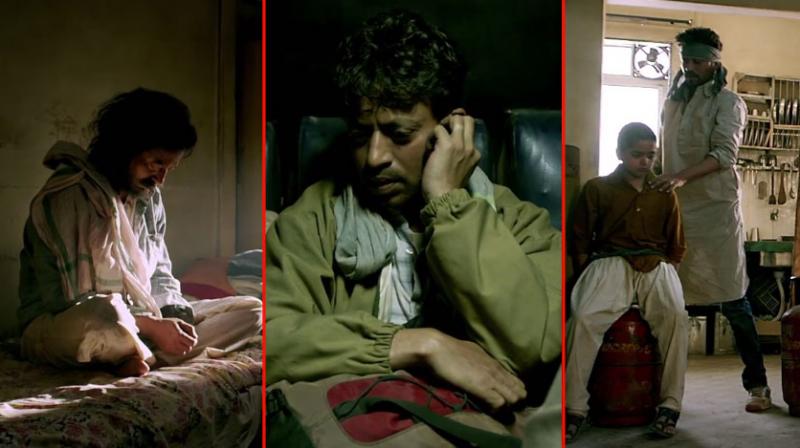 Madaari moves you to tears. Irrfan Khan is indeed a marvelous actor and his portrayal in this movie is indeed astounding and mesmerizing. His acting in the hospital scene where he breaks down really moves you to tears. The direction of the movie is done brilliantly.
Madaari is a thought-provoking film. It is a wonderful film that portrays and brings out the realities of our nation. The movie holds Irrfan Khan’s one of the best performance. This is yet another meaningful movie of this year and Irrfan Khan has indeed proved his acting expertise. Madaari does bring to mind strong emotions.
Madaari helps a common man connect with the story and the characters easily. It sends a strong message to the viewers. Apart from Irrfan Khan, the other actors also perform a remarkable job. Especially the child actor, Vishesh Bansal. The film hits the bulls-eye when it comes to exposing the powerful and alongside it also conveys an underlying fact that we are responsible for the mess we are in.
This movie is indeed a masterpiece or in another word, Irrfan Khan’s work of art. I recommend all the people especially family audiences to surely watch this movie once.

Madaari Movie Review:- A Must Watch!!!