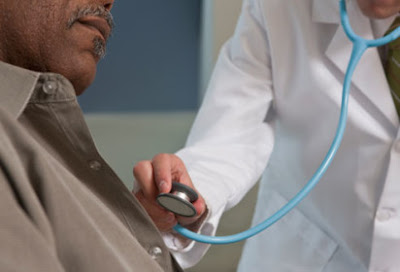 The National Medical Association (NMA) in Niger says the ratio of doctors to patients in the state was one to 9,000, as against one to 600 as recommended by the World Health Organaisation(WHO).

Dr. Mustapha Yahaya, NMA Chairman in‎ the state, made the disclosure on Monday in Minna, when members of the association paid a courtesy call on the House of Assembly Committee on Health.

“We have always drawn the attention of the government to the fact that doctors are inadequate‎ in Niger.

According to him, there are currently 450 doctors in the state, with many of them already leaving “due to poor remuneration”.

He urged the state government to fully implement the National Health Bill passed into law in 2014, saying that it would guarantee universal health access to all.

Yahaya further advocated 15 per cent budgetary allocation to the health sector, in line with WHO’s recommendation, so as to improve the poor health indices in the state.

In his response, the Committee Chairman, Mr John Bahago, promised to facilitate the establishment of a medical school in one of the tertiary institutions in Niger, to bridge the manpower gap.

“We need more indigenous trained manpower and one way to achieve that is to establish a faculty of medicine in any of the higher institutions in the state.

“But before then, ‎we will do everything possible to ensure that the doctors in the state are well motivated to stay and work here,” he said.

Bahago ‎tasked the association to weed out quacks from the profession, and promised full support toward an improved working environment.