BREAKING: FG to Dasuki, You cannot attend your father's Funeral 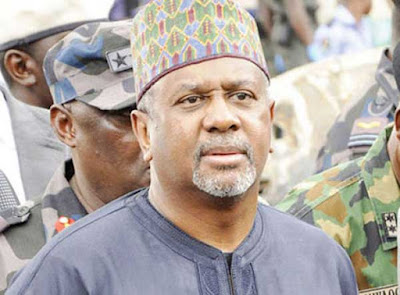 The Director General of the Department of State Service (DSS) Mr. Lawal Musa Daura has declined the request of former National Security Adviser, Col. Sambo Dasuki to attend the burial of his father, former Sultan of Sokoto later today in Sokoto, Sokoto State.

A close source  reveals that Dasuki sought the permission of the DG of DSS to attend the burial of his father  who died on Monday night in an Abuja hospital and who is scheduled to be buried at a funeral service to take place after Zuhr prayer this afternoon, Tuesday at the Sultan Bello Mosque in Sokoto.

The source said the DG of DSS told Dasuki that “You cannot attend the funeral of your father in Sokoto today”. The source said Dasuki repeatedly pleaded with the Director General of the DSS to allow him pay his last respect to his father even if it means he will be in handcuffs at the funeral but Daura declined saying there is no such privilege for detained suspects.

Sambo Dasuki has been detained at the headquarters of the the DSS in Abuja since December 30th, 2015. The DSS had laid siege to Dasuki’s Asokoro house for days, claiming he was being investigated for another matter, even though he was supposedly billed to travel for medical checkup abroad after a court had granted him leave to travel for medical checkup. Dasuki was later arraigned before Justice Yusuf Baba of another Abuja High court on breach of trust, and though was granted bail, was again re-arrested by the security operatives.

Dasuki has insisted that “as for my tenure as the nation’s NSA, I acted in the interest of the nation and with utmost fear of God. I did not use the office for any self-serving agenda. I occupied the Office of the National Security Adviser at a difficult moment in Nigerian history when terrorism was at its peak and I am leaving posterity to judge me accordingly Jonathan, not me, approved arms procurement deals”.

BREAKING: FG to Dasuki, You cannot attend your father's Funeral