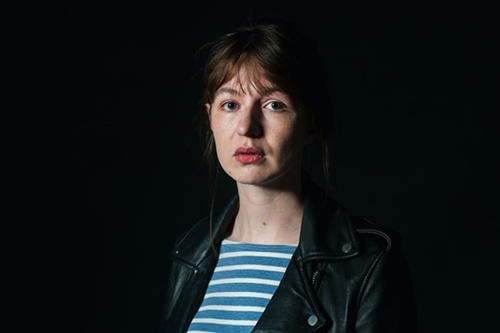 Irish writer Sally Rooney refuses to sell the translation rights of her new novel to an Israeli publishing house and gets smeared as 'antisemitic' by the Israeli lobby.

SALLY Rooney probably never imagined that she would become the subject of international political attention but such is her literary reputation - and her popularity -  that what she says and does is of interest to many.

Discover the Magic of Venice in Novem…
Blackjack Strategy: Tips and Tricks t…
Love By Numb3rs Share New Video for “…
Burrow Has The Perfect Pillow For Eve…
Urban, Suburban, or Rural Practice: P…

Her decision to reject selling the translation rights of her new novel, Beautiful World, Where Are You, to an Israeli publishing house has provoked a storm of comment both in the mainstream media and in the social media.

While the Israeli lobby - a lot of its funded by the Israeli Government itself - has predictably accused her of 'antisemitism', Rooney said in a statement that she would be 'very proud and pleased to sell the Hebrew translation rights to a publisher compliant with the BDS movement's institutional boycott guidelines'.

The Boycott, Divest, Sanctions movement calls for supporters of Palestinian rights to refuse to financial assistance or cooperate with companies and organisations based in Israel or connected to the Israeli government.

Rooney, a lifelong Marxist, has spoken against the Israeli government's treatment of the Palestinian people before. She recently put her name to a 'A Letter Against Apartheid' along with other public figures including Noam Chomsky and Naomi Klein.

In a statement released on Twitter by her agent, Rooney says:

'Israel's system of racial domination and segregation against Palestinians meets the definition of apartheid under international law. The BDS movement is a Palestinian-led anti-racist, and nonviolent grassroots campaign calling for an economic and cultural boycott of complicit Israeli companies and institutions in response to the apartheid system and other grave human rights violations...I am responding to the call from Palestinian civil society, including all major Palestinian trade unions and writers' unions.'

Progressive Jewish organisations such as If Not Now have demanded a retraction from media outlets that have accused Rooney of antisemitism.

In a press statement If Not Now says: 'there is no excuse for yesterday's relentless smear campaign that deliberately twisted the facts in order to make Sally Rooney's legitimate political decision not to work with an Israeli publishing house look like an antisemitic refusal to translate her novel into Hebrew.'

Beautiful World, Where Are You has become the UK's bestselling hardcover title of 2021, selling more than 40,000 copies in the first five days of its release. The novel traverses such themes as what it means to live ethically under capitalism.

This post first appeared on AGAINST THE CURRENT, please read the originial post: here
People also like
Discover the Magic of Venice in November
Blackjack Strategy: Tips and Tricks to Learn when Practicing Blackjack
Love By Numb3rs Share New Video for “Colours”
Burrow Has The Perfect Pillow For Every Person In Your House
Urban, Suburban, or Rural Practice: Pros and Cons
Easy Pet Rocks Craft Idea For Kids