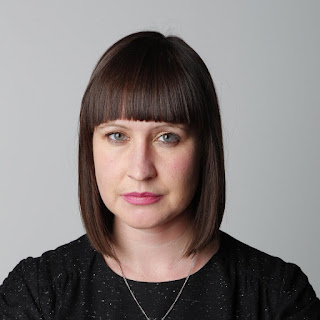 Journalist Andrea Vance says she won't be voting in November because 'choosing between the lesser of two evils isn’t really much of a choice at all.'
OVER THE YEARS I've written a lot about the failure of our Representative Democracy to be either representative or democratic. The failure of our Political system is best highlighted at every general election when we are confronted with a slate of political parties offering nothing in the way of choice. You can have a variant of neoliberalism and that's it.
Faced with this unappetising menu, many people have simply chosen not to vote. New Zealand's level of non-voting has been at such historical highs in recent times that a large chunk of the electorate has simply disengaged from the kind of politics that the mainstream media gets excited about, especially during an election campaign.
While much has been written about how the coronavirus has ratcheted up levels of fear and anxiety, not a lot has been said about the pervading sense of disillusionment with the current political state of play. We are slouching toward an election, with Labour hoping to get re-elected largely on its management of the coronavirus and the fact that Jacinda Ardern has had the kind of uncritical and extensive media coverage that money can't buy.
But this is no routine general election because it comes at a time when New Zealand - and the world - is in the grip of a pandemic-induced economic crisis. It has exposed the fragility of our economic system and the failure of neoliberalism. But while the one percent have been protected from the worsening economic storm, the rest of us have been left exposed. And we've got nowhere to hide.
This is something that Journalist Andrea Vance touched on in opinion piece over the weekend. Its a scathing column that accuses our political parties, especially Labour and National, of having nothing to offer but more of the same, despite the scale of the problems we are facing. She writes:
'For the next few weeks, the party leaders will indulge us in a charade where they tour the country, pretending to have solutions. It’s a hollow ritual, because for all their partisan sniping, the two major parties do not differ in any meaningful way.
When Parliament returns, these careerists will return to business as usual. Politics is the only business that doesn’t suffer in a recession.
It’s a system built for failure: failure to deliver results in the public interest and failure to foster policy innovation. Worse still, doesn’t demand accountability for failure to fix these problems.'
Flouting the unwritten rule to adore Jacinda Ardern and, in the process, highlighting the uncritical nonsense that some Labour propagandists are continuing to write, Vance observes that the Labour-led government has been the 'starkest example' of our 'political stagnation'. She notes that the Government's response to Covid-19 has allowed the rich to grow richer at the expense of everyone else: 'the June quarter saw a drop in weekly wages, by 7.6 per cent, the first ever decline on record.' She goes on to say:
'The wealth gap between New Zealand's richest and poorest families is widening: Data from Stats NZ shows that between 2015 and 2018, the gulf between the net worth of the top 20 per cent and the bottom of 20 per cent of all New Zealanders increased by $226 billion.'
Andrea Vance is also critical of the Labour Government's response to the climate crisis, writing that Jacinda Ardern 'promised to put climate change at the centre of her premiership, but agriculture, the most polluting sector of the economy, will face no cost for their pollution for two more terms.'
Given the tribalism that constitutes much of New Zealand mainstream politics these days, I'm sure that some of Jacinda Ardern's little helpers will try to characterise Vance's column as a party political broadcast on behalf of the National Party. It isn't. She makes it quite clear she has no time for National either:
' Their manifesto so far demonstrates nothing that would unsettle the status quo, with a dogged determination to fall back on an economy fuelled by landlords and roads.'
Vance concludes that we're not living in a representative democracy but a duoploy, a system dominated by the two main parties and where the smaller parties 'end up fighting for their political lives'.
This conclusion doesn't quite go far enough though. While, yes, our political system is obviously dominated by Labour and National, the problem is much deeper than this. Our problem is that our representative democracy has become a plutocracy, a political system ruled and dominated by a wealthy elite. The hyper-concentration of wealth in the hands of the few has corrupted and overwhelmed our 'representative democracy' to such an extent that it will do nothing to upset the economic and political interests of the one percent.
Duopoly or plutocracy, Andrea Vance has arrived at the same conclusion of over 700,000 New Zealanders - voting ain't worth it :
'My decision not to vote is not apathy. It’s cynicism: choosing between the lesser of two evils isn’t really much of a choice at all.'

Sex Tips for Men: How to Be Better in…
Etisalat Customer Care Number & Call …
How Is AI Improving Ecommerce Sites I…
Don’t Forget to Brush Your Fur
A Tribute To My Cute Miniature Pinsch…

How Is AI Improving Ecommerce Sites In 2020?