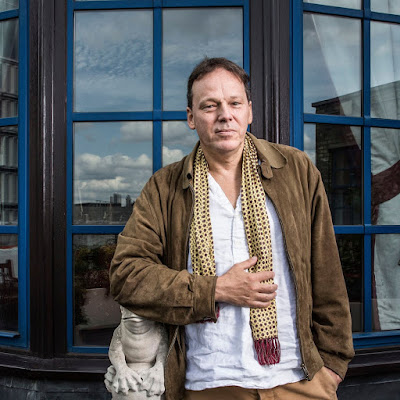 LAST WEEK the progressive community around the world was left shocked and saddened by the news that David Graeber had died at the age of just 59.
A writer, theorist and activist steeped in the anarchist tradition, he was one of the few anarchist thinkers who attempted to systematically apply anarchist theory to our everyday material conditions. Although he had major points of differences with the socialist movement, he also reached across the theoretical and political divide in order for productive debate and alliances to emerge. Its no coincidence that many socialist parties and activists have paid tribute to Graeber this week.
David Graeber was perhaps the principal 'theoretical architect' of the Occupy movement and it was Graeber who originated the idea of 'the 99 percent' - a movement representing the Vast Majority excluded from both prosperity and political power by late capitalism. Referring to the Democratic and Republican parties, he wrote 'If both parties represent the 1%, we represent the 99% whose lives are essentially left out of the equation.'
He was author of number of books, including Debt: The First 5,000 Years (2011) in which he outlined how debt and the coercive state apparatus needed to enforce it, 'is the most effective way to take a relation of violent subordination and make the victims feel that it’s their fault'.
With governments using high public debt as the rationale for austerity, Graeber’s explained how debt is a form of exploitation and repression and that the progressive outcome of a class struggle over debt is its cancellation.
He came to the attention of the mainstream media with Bullshit Jobs: A Theory (2018), which had its origins in an 2013 article he wrote for Strikemagazine. He argued that capitalism had arrived at a point where the vast majority of people 'spend their entire working lives performing tasks they secretly believe do not really need to be performed'.
Graeber's argument was that this was a little more than political and social violence which could only be eliminated by a drastic reduction in work hours. His views put him at odds with the pro-work culture and politics of liberalism, trade unionism and social democracy.
David Graeber was professor of anthropology at the London School of Economics from 2013 until his death.
In this special edition of A World To Win, Grace Blakeley looks at the life and work of David Graeber.