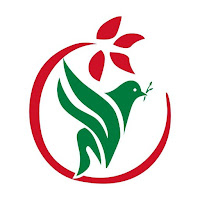 ‘PALESTINE’S Freedom SONG’ was recorded, composed and filmed in the besieged Gaza Strip in occupied Palestine.
The singers are the two amazing sisters Diana and Emilia al-Rumi.
The video was directed by Abdalrahim Alfarra and produced by Palestinian Voices
We are honestly so proud of this work. It's not our best, but this was the most of what we could afford. So, we urge you to become a patron to help us make more better songs for our occupied country Palestine, and blockaded city Gaza in the very near future.
Here's a link to read more and become a patron. The more patrons we have, the more we will be able to create works of higher quality and effectiveness.
Palestinian Voices
Website
Twitter