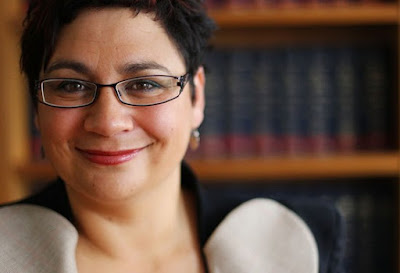 The voracious Media attacks on Metiria Turei for fiddling the system are also because she and the Green Party dared to break with the neoliberal consensus. It is yet more evidence of a political centre that isn't holding.

It’s Me – Chapter 9
Sex on Your Period – Reasons to Do It
Top 10 Sites to watch Telugu Movies O…
Crunchyroll – How to Watch Anime Onli…
Podcasting
THE GREEN PARTY'S surprisingly progressive welfare policy undercuts the neoliberal narrative that has dominated New Zealand for the past thirty years.

The Green's would not only increase benefits that have remained at subsistence levels under both National and Labour governments alike but would also eliminate many of the sanctions that have been rigorously policed by both Labour and National governments.
It is hardly a surprise then that the Green's welfare policy has not been warmly received by the corporate media. Instead, a week after the policy was announced, the mainstream media continues to beat a big stick over the head of Green co-leader Meteria Turei for confessing that twenty years ago she fiddled the system in order to survive.
On Thursday former Work and Income boss Christine Rankin was lambasting Turei on TV3's AM breakfast show. She called Turei's actions "absolutely disgraceful" and called for her prosecution. I wonder if she considers Turei's actions as "disgraceful' as when WINZ, under her leadership, chartered a plane for $160,000 to take WINZ managers to a swanky conference?
Host Duncan Garner, whose political sympathies for this present government are well known, described Turei's confession as "a publicity stunt'.
But perhaps the most venomous criticism of the Green co-leader has come from the NZ Herald. It declared that just because she merely wanted to feed her baby was no excuse for Turei to commit fraud. Trumpeted the newspaper:
"There is also considerable public anger over her self serving and selective morality. Turei has effectively argued that she had a moral right to rip off the system because she had to feed her baby. She is wrong because hardship doesn't give anyone the right to break the law."
The media vitriol being directed Turei's way is in stark contrast to the lack of comment from the corporate media about the behaviour of New Zealand's wealthiest individuals.
Earlier this year Oxfam reported : "The number of the wealthiest New Zealanders leaped by almost 20 per cent between October 2015 and June 2016, from 212 people worth more than NZ$50million to 252, according to the Inland Revenue’s high-wealth individuals unit."
But over a third of these "high wealth individuals" declared income of less than NZ$70,000 in 2015 - which was when the high tax rate kicked in.

There has been little media outrage about this organised fiddling of the system, certainly not at the level that has been expressed against Turei.
Oxfam also reported: "The 252 are linked to over 7,500 entities. A number of these entities were reported last year to be in dispute with the IRD over nearly $111million in tax."
The week long sustained media attacks on Turei is about more than the mere fact that she fiddled the system two decades ago. The voracious criticism being directed her way is also because she and the Green Party unexpectedly broke ranks from the cosy neoliberal consensus that has dominated New Zealand politics for three decades. While that rebellion hasn't extended as far as the Labour Party, and is unlikely to, it is more evidence of a political centre that is no longer holding.
The Green's are asking why ever more and more New Zealanders are finding themselves In the same kind of chastening economic circumstances that Turei found herself in twenty years ago.
This is the point she makes in her  column  for The Guardian:
"I also think that as a country we are ready to have a conversation about what life is really like for people on benefits and for the 200,000 Kiwi children growing up in poverty. How the welfare system set up to help people actually keeps them living beneath the poverty line; how the government uses the threat of further poverty against the poor; how the best thing we can do to lift people out of poverty is simply to give them more money."
The corporate media will not allow that conversation to happen - if it happens -  in a way that isn't framed by the demands of "the market". It is unfortunate, but predictable, that the Labour Party has decided to remain with the neoliberal status quo and has been less than fulsome in its support for the Green's welfare policy. While it  frequently declares its sympathy and concern for the plight of the poor that sympathy and concern doesn't extend to supporting a  substantial rise in benefit levels.