THE CHANGE YOU HAVE WHEN YOU ARE NOT HAVING CHANGE 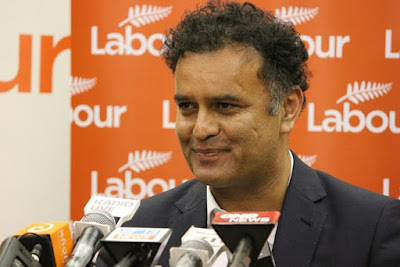 The New Zealand Labour Party, beholden to market and corporate interests, is going to try and piggyback on the electoral success of the left wing Jeremy Corbyn and U.K. Labour. Andrew Little's right hand man, Matt McCarten, will this week be providing details of  Labour's attempt to convince the 750,000 people who no longer vote to return to the polling booths - and vote for Labour. But while Jeremy Corbyn was able to attract British folk back to the polling booths because Labour offered a clear and unequivocal progressive alternative, Andrew Little is offering nothing more than the same market -driven policies Labour has always campaigned on. We're not talking change, we're talking business as usual.

WordPress Website Customization: Best…
How to Integrate Bitcoin Payments in …
Chatfuel Vs BotMyWork Chatbot Builder…
New Mailchimp Review 2020
Tomcat Tompkins – Part 6
WHEN JEREMY CORBYN WAS elected leader of the U.K. Labour Party, New Zealand Labour finance spokesperson Grant Robertson was quick to dismiss any idea that NZ Labour would be adopting the kind of left wing policies favoured by Corbyn. He even went as far as to suggest that many of these policies would not be popular in New Zealand.
But on June 9, having watching U.K Labour perform way beyond his own limited expectations of it, Robertson claimed that UK Labour's top ten polices were "very similar" to those of the New Zealand Labour Party.
This was a surprising claim from someone who had previously rejected Corbyn' s policies. But since Labour has yet to produce an election manifesto, Robertson could claim whatever he liked.
But don't expect Labour to be campaigning on policies that reject austerity, that call for the nationalisation of the power companies, the creation of a state investment bank and a substantial increase in benefit levels, as well as the axing of benefit sanctions. These were just a handful of the policies that Corbyn and Labour campaigned on.
Perhaps Robertson decided it was unwise to exaggerate, because he has since deleted the tweet.
But we are going to get more of this kind of stuff from Labour, but on a larger scale, because Labour is about to launch its "Campaign for Change". Andrew Little's right hand man, Matt McCarten, is behind it. Predictably, Labour foghorn Martyn Bradbury is shouting about it on The Daily Blog. The early response so far hasn't been positive with one reader commenting : "As in sheep into amoeba? Water into wine? Far right into slightly less far right? Gimme a break dude…"
Although the likes of Bradbury will try to spin this as some kind of real movement for change, it's nothing of the sort. Labour are not announcing fundamental change in economic and political direction, the kind of real change campaigned for by Bernie Sanders and Jeremy Corbyn , but merely a change in right wing government. Labour want a turn managing the free market economy and they want you to participate in this game of parliamentary musical chairs.
What has been behind the success of Corbyn and Sanders is that they were propelled by grassroot movements. In the case of Sanders , It was 15 million strong movement. Corbyn was propelled into the Labour leadership by thousands of people joining Labour and voting for him. This surge in Labour's membership was, as the election result has shown,indicative of a surge of support for Corbyn among the British electorate generally. British folk fell in behind Corbyn and Labour because the party was, finally, speaking for them and not the City of London.
Labour's so-called 'campaign for change' is nothing more than a cynical election ploy concocted in Andrew Little's office to try and lull  disaffected voters to vote for Labour. It's nothing more than window dressing  - but if people don't like they see in the shop window they are not going to walk in and sign up. This hopelessly misconceived  campaign will inevitably splutter and die.

THE CHANGE YOU HAVE WHEN YOU ARE NOT HAVING CHANGE