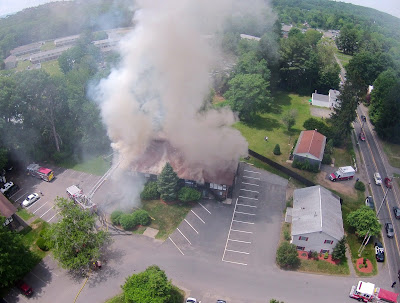 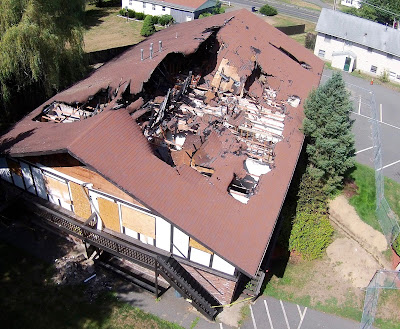 Alpine Commons today
While an exact cause for the devastating fire that ripped through an 8-unit apartment complex at Alpine Commons on Saturday afternoon June 4th has not yet been determined, AFD Chief Tim Nelson said they have narrowed down the ignition point to the upstairs apartment on the west end.

Which explains why the fire quickly entered the attic, where it had an unobstructed route all the way to the eastern side of the building. 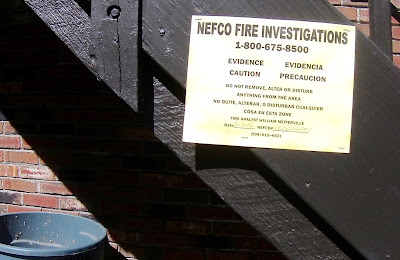 Both Chief Nelson and Building Commissioner Rob Morra agree the building is still salvageable but two months later nothing has been done besides erecting a protective fencing around the burned out hulk.

If the owners simply demolish it and start over or if the renovation exceeds 50% of the floor area -- and Mr. Morra suspects it will -- then sprinklers will be required by current building codes.

And considering the staffing levels at beleaguered AFD, sprinklers can be a lifesaver. 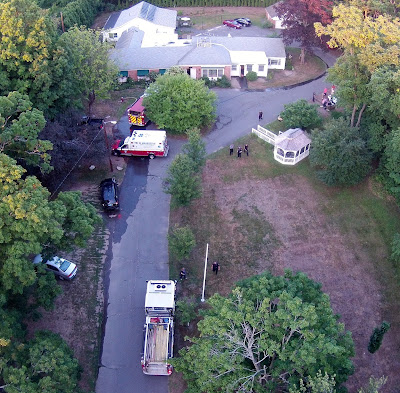 The Fisher Hospice House fire 7/22, without sprinklers, could have been a disaster