APD arresting intoxicated homeless man at CVS for trespassing this afternoon
In addition to being a danger to themselves Homeless people suffering from substance abuse tie up our first responders, making them unavailable for a more serious need -- not that intoxication or drug O.D. is not a medical emergency.

Yesterday AFD had to treat a 62-year-old man at APD HQ who was assaulted by a homeless man
When APD makes an arrest for Trespassing, disorderly conduct or assault and battery it only takes the Arresting officer out of action for a short while.   But when AFD has to transport to Cooley Dickinson Hospital, which happens all too frequently, those two firefighters are out of service for an hour.
And these days we only have 7 total on duty. 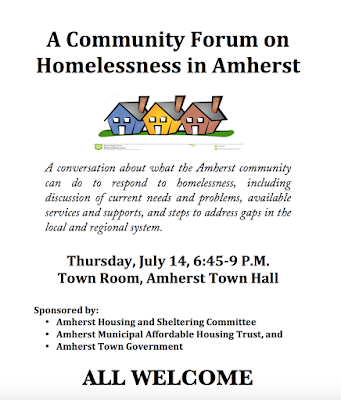 Leaving All of the Painful Childhood Past Behind

35 Of The Best Short Story Ideas To Grab Your Readers

Hospital for the Negro Insane