Books in 2019: A Personal Selection 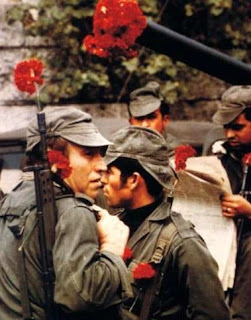 Defined by Puerto Rico's summer of revolution, this past year was one of intense work for me, and amidst all the writing I didn't get to read nearly as much as I usually do or what have liked to. That will need to be addressed in the coming year. However, I did get some reading done, and of the books I consumed, the following are the ones that made the biggest impression on me.

Obras Escogidas 1923-1936 Tomo I by Pedro Albizu Campos
An interesting compilation of articles, speeches, interviews and other literary products connected to the Puerto Rican independence leader, whose legacy remains complex to this day and who, in 1950, led an attempted uprising against the United States presence on the island from a building about 100 feet from where I type these lines.
Cahier d'un retour au pays natal by Aimé Césaire
This book-length poem by the great Martiniquais poet and politician Aimé Césaire, a very influential voice in the development of négritude, was first published in 1939, and remains an evocative work, reminiscent, in some ways, of the best of Walt Whitman though clearly carving out its own plangent voice.
The Rule of the Land: Walking Ireland's Border by Garrett Carr
A compelling travelogue of the border between Northern Ireland and the Republic of Ireland, marked by violence for so many years and which has, for now, largely fallen silent. Carr's writing takes in the rapturous natural beauty of his chosen patch of land but never loses sight of the fact that, as Conrad wrote about another country, darkness was here but yesterday.
Fado Alexandrino by António Lobo Antunes
A piercing, sometimes seemingly stream-of-conscioisness depiction of the events before, during and after Portugal’s Revolução dos Cravos by the nation’s greatest modern writer, this 1983 novel centers around a reunion of veterans of the country’s colonial war in Mozambique. Himself a veteran of Portugal’s war in Angola, Lobo Antunes writes with great sensitivity of the psychology of the military men at the book’s heart, and the daily small humiliations of living in an ossifying, waning dictatorship and the toll it takes on those forced to exist in such a system.
Tuntún de pasa y grifería by Luis Palés Matos
A magnificent book of poetry, first published in 1937, by the Guayama poet Luis Palés Matos.
Lenin by Dmitri Volkogonov
A readable and revelatory biography of the Communist fanatic and founder of the Soviet Union by a former Soviet general, this 1994 book conclusively demonstrates that it was Vladimir Lenin who created a template for remorseless state terror, a format that Joseph Stalin would expand on with grim efficiency after Lenin’s death. Arrogant, hypocritical, thin-skinned and cowardly, Lenin was always committed to a genocidal mindset that saw opponents as “harmful insects, swindler fleas [and] wealth bugs” even as he himself lived in relative luxury. At a time when an unhealthy revisionism exists in some quarters of the left regarding communist totalitarian horror, Volkogonov’s book is now more essential than ever.

Books in 2019: A Personal Selection