8 American Actors of Chinese Descent Who Succeeded in Hollywood

Even though Hollywood is the biggest Movie industry in the world, Chinese-American actors have often found it difficult to break through into the old boys club and get quality roles. However, with the rise of the Chinese economic potential, Hollywood has started representing Chinese actors in their movies. Below, we will look at eight American actors of Chinese descent who have achieved fame in Hollywood.

Let’s start with probably the biggest star on this list – Bruce Lee. He was born to Chinese parents in San Francisco in 1940. That too in the year and hour of the dragon, which as per the Chinese zodiac sign is considered very lucky. When he grew up, he was trained under legendary Hong Kong martial arts master Yip Man.

Once his training was complete, Bruce started acting in Hong Kong action movies, which later went on to capture the attention of film aficionados worldwide, mostly because of well-choreographed fight scenes. However, Bruce’s best movie was, unfortunately, his last as well. Produced by Warner Bros. and directed by Robert Clouse, Enter The Dragon was a monstrous hit when it was released, sparking a heightened interest in Kung Fu. But Bruce died just six days before the release of the movie, never able to see the biggest hit of his career. 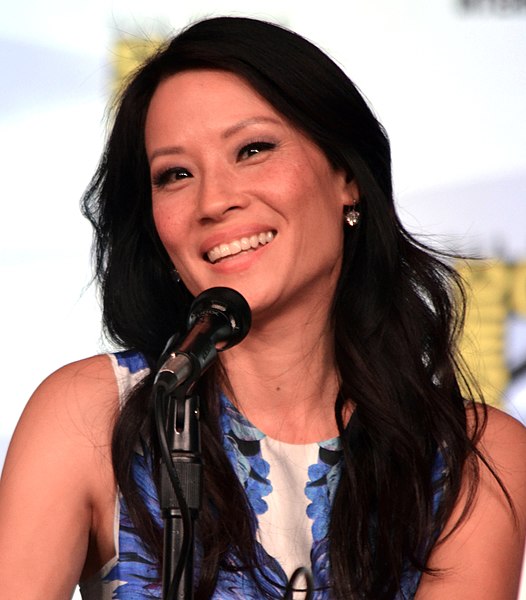 Probably the most famous Chinese-descendent actress in Hollywood, Lucy Liu was born in 1968 to Chinese immigrant parents. She was diagnosed with breast cancer in 1991, but was cured of it. Lucy entered Hollywood in the 1992 movie Rhythm of Destiny, and has gone on to appear in numerous movies throughout her career, including hits like Shanghai Noon and Charlie’s Angels. She is also the leading lady of the popular TV series Elementary, for which she has won the People’s Choice Awards three times consecutively from 2015-2017.

Even though he is often mistaken for being related to Bruce Lee, the truth is that Jason has no relation with the real Bruce. And in fact, Jason Scott Lee is well known for playing the character of Bruce Lee in the 1993 movie Dragon: The Bruce Lee Story. He later gained fame with the Jungle Book movie in 1994, playing the central character Mowgli. Currently 51 years old, Jason was born to Chinese and Hawaiian parents, and was last seen in the 2016 movie Crouching Tiger, Hidden Dragon: Sword of Destiny where he played the role of the character Hades Dai.

Actress Olivia Munn has a Chinese mother and an American father. Born in 1980, she started off in a minor role in the 2004 movie Scarecrow Gone Wild. However, she soon started getting into the big league and notched up roles in films like Iron Man 2, Magic Mike, and X-Men: Apocalypse. In 2018, she has three big projects lined up in The Predator, Ocean’s 8, and X-Men: Dark Phoenix. She has been a rather regular feature in Maxim’s yearly list of 100 Hottest Women. In fact, she was consecutively placed on the list for the years 2010 to 2013.

One of the youngest members on the list, Chloe Bennet was born in 1992 to a Caucasian mother and a Chinese father. She was originally named Chloe Wang, but later changed the last name to Bennet after she found it difficult to get gigs with the “Wang” surname. She is popular for playing the character of Quake in the Marvel TV series Agents of S.H.I.E.L.D on ABC. Chloe has been actively vocal against Hollywood stereotyping of Asian-Americans and hopes to bring about better representation for Asians in the U.S. entertainment industry.

Ken was born in the U.S. to Chinese parents in 1970. He has made several appearances in movies like X-Men: The Last Stan and Saw V, with the most recent appearance being in Star Wars: The Force Awakens. He was also a series regular on TV shows like Lost and The Night Shift.

Arguably one of the famous Chinese descendant actors working in the U.S. right now, Daniel Wu was born in California in 1974. Though he has been in the movie industry for close to two decades, Daniel mostly achieved worldwide fame after he was cast as the central character in AMC network’s martial art TV series Into the Badlands. He will be seen in the upcoming 2018 Hollywood adaptation of the video game franchise Tomb Raider.

Born in 1968, Kelly Hu traces Hawaiian and Chinese descent. In a career spanning close to three decades, Kelly has starred in movies like X2, and has made regular appearances in many TV shows, including NCIS, The 100, and Arrow. She also holds the distinction of being the first-ever Asian-American woman to be crowned Miss Teen USA way back in 1985.

The post 8 American Actors of Chinese Descent Who Succeeded in Hollywood appeared first on Vision Times.

8 American Actors of Chinese Descent Who Succeeded in Hollywood