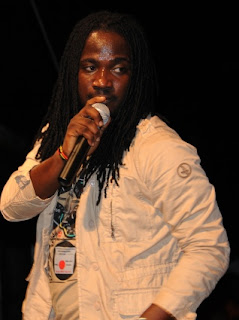 Every since his stellar Performance at this year staging of Reggae Sumfest I-Octane has kept going, fuelled with positive music and delivering at each live performance that he attends and entertaining fans at the Jungle was not different.

Online Healthcare MBA Programs
Shen Men Piercing: Does it work for A…
Karen Wiesner: I Have Dreamed a Littl…
Equipment for IVF and Andrology Lab
The Allman Family Revival Adds Ivan N…
The Lose A Friend musician and the new face of Digicel promotional campaign seemed to have sipped on a Fuel Cell Energy Drink before entering onstage to a entertain a capacity-filled Jungle showground as his high energy  performance continued untamed throughout his near 20- minute stint. From Mama Yu Alone to his recent hit My Life his message resonated with patrons some of who journeyed from as far as the United Kingdom to indulge in this celebration of musical excellence.
His timing onstage came after emcee Ragashanti announced that the highly anticipated performance from the ‘doctor’ Beenie Man would not materialize as he was in Africa and could not be at the stage show. However I-Octane’s performance made up for that shortcoming.
No Beenie, no problem as while not originally billed to perform at the event, international reggae star Jah Cure gave the audience a superb consolation prize package of entertainment that had patrons shouting for more after his performance.
Making his entrance on the Drop Leaf Rhythm that is shared with TOK (who was also onstage when he made his entry), Jah Cure told his fans why he was Longing For his time to perform for his fans who continues to support his musical endevours.  Though shorter than most would have liked, Cure showed his fans Unconditional Love that they will never forget.  With To Your Arms Of Love and Call on Me Jah Cure continued to show his dominance and unyielding presence in the music industry.
Dancehall group TOK was entertaining and while they had to work through a series of technical difficulties with the microphone, the group rebounded to give patrons a performance worth seeing.
Bounty Killer was his usual lyrically witty self but did mostly hits from the early and late 90s that had the crowd engaged in a sing along. Not to be outdone, his dancehall protégé Mavado was brilliant. There was not enough time for Stulla artiste to give his large catalogue of hits nonetheless Mavado did his best to keep fans enthralled with what little time he had to perform.