Experiencing a piece of Paradise 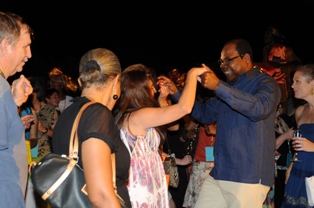 Hundreds of international Travel agents will converge in Jamaica each week for the next two months as apart of the tourism ministry’s campaign to reposition Jamaica as the ideal and safe destination to come for vacation.

Two AMAZING events at Royal Arsenal R…
Is President Biden really surrounded …
Top 3 Shaving Cream Warmers (Dispense…
The A500 Mini Review
Trip.com – Los Angeles Spring Sale
“This is the start of a major programme to reposition Jamaica in the minds of our travel partners and Travel Agents.  2,000 travel agents coming on island over the next six to eight weeks. We are going to be bringing some 400 radio remotes that will be beaming from Jamaica to the various markets in the world” the tourism minister Edmund Bartlett revealed at the welcome party in Montego Bay at Sandals Cay over the weekend.
In light of the State of Emergency and the violent showdown between the police and criminals in West Kingston in May, which saw a decline in tourist arrivals for the months of May and June, Bartlett explained this thrust is a continuation of the ministry’s marketing campaign to rebrand Jamaica through visiting Europe and North America (where most of the tourist originate from). 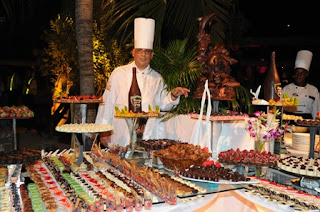 This he argued is done in a bid to bring the overseas partners to Jamaica so they can have firsthand experience that the destination remains as strong and vibrant as before.
“The activities of May and June have all but evaporated and Jamaica is now a stronger and better destination because we were proactive in dealing with criminal activities and that we have made Jamaica safer and so they now can see the new developments in infrastructure that we have made that they never saw last year” Bartlett affirmed.
Already the tourism minister has charged that the rebranding efforts have reaped fruits as “we were able to totally erase the negative trends of May and June to have our July becoming the most strongest ever in history in terms of our arrivals. We also had the strongest August we’ve ever had with a growth of four percent and we have began September on a positive note”.

Experiencing a piece of Paradise