The allure of Jamaica Jazz & Blues 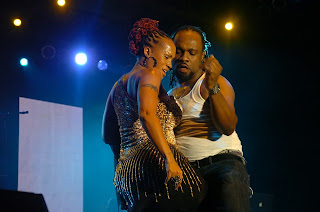 Just like how her Music relative Machel Mantano dominated the Jamaica Jazz and Blues festival last year, soca queen Alison Hinds wore her crown well and injected a carnival-like energy in the Greenfield Stadium to steal the show on Thursday night.

The whining and gyrating never stopped until she exited the stage at 2:30am after giving the Jazz crowd more than an hour worth of sizzling Performance. From the moment she walked on stage she made her intentions clear that she was going to transform the stadium in Trelawny into carnival scene that she hoped her fans were able to handle. The crowd stepped up to the challenge as when they were not busy singing along with Hinds, they were busy waving their rags or whatever they could find and dancing to the soca notes that evoked the need to move their waist.

Crip Mac Ft Toodah Da Shoota Ft Toppy…
5 Tips for Successful HR Project Mana…
Light In The Box – End of Season! Meg…
Titano Crypto Price Prediction 2022 –…
With songs like Faluma, Caution and Roll It to name a few, the Barbadian-born musician, who was performing at the music festival for the first time, had patrons eating out her hands and scored huge response when she solicited a male patron to join her onstage to showcase his dancing skills.
The musical diversity of Jamaica’s premium music festival was evident with the presence of Ron Isley who came to the stage prior to the carnival infusion by Hinds. 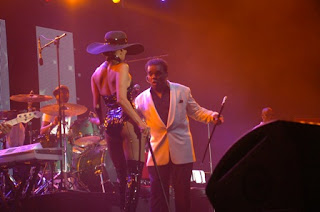 With his suave persona that flowed as smooth as how he sounds, the man dubbed a ‘Mr. Big’ slowly but confidently walked on stage 12 a.m. looking quite dapper with his black and gold cane  and a distinguished allure to please fans with his performance. Despite performing for over an hour, time was not sufficient for this music icon, who is celebrating over 50 years of music, to sing all his hit songs.
Isley’s appearance at the Jamaica Jazz and Blues had the audience in a trance of musical splendor and his sensual female stage props gave him all the more credit in the eyes of his fans on his ability to offer timeless entertainment.
The Get There singer Brenda Russell who shared the stage with Phil Perry and the Paul Peress could do no wrong even though her performance was Only For One Night. 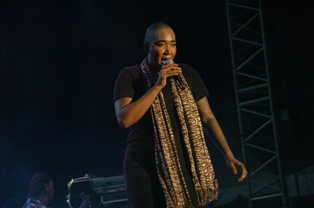 Fifteen years after she did the international smash hit Shy Guy, Diana King reigned supreme at her first appearance at the 15th staging of the festival. Her vocal range gave the audience goose pimples as she gave a superb set. She did more than just Say A Little Prayer and it was just enough for her fans.
Earlier performances from Digicel Rising Stars’ Nickeisha Barnes and Camael Davis were crowd pleasers to set the precedence of the great acts which followed

The allure of Jamaica Jazz & Blues