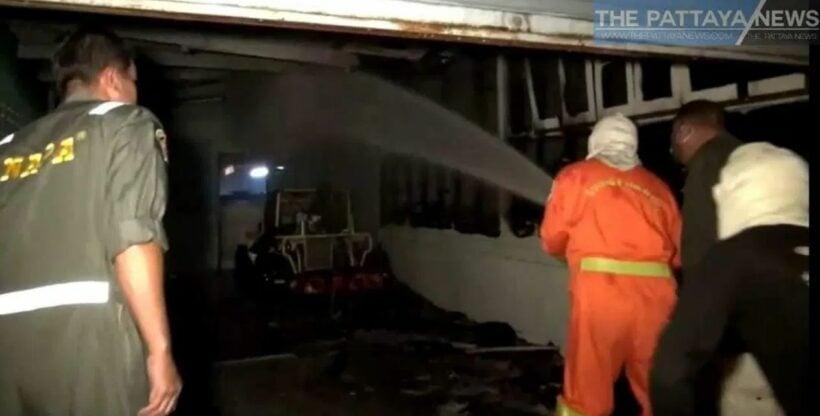 Police in the northern province of Lampang were called to the scene of a double murder, where a man killed two relatives and stabbed another before killing himself. His motive remains unknown. Police say they learned of the attack at about 7:45am yesterday.

The victims were identified as 52 year old Amphon Saikon and 70 year old Inkaew Promdam. Police and rescue workers called to the scene found the 2 men lying on the road dead with bullet wounds. A third man, identified as the gunman, 52 year old Somthop Saikon,  was also found dead with a gunshot wound to the head in front of a wooden House. A shotgun was found near his feet. Police also found a knife and a spare shotgun shell in his pocket.

51 year old Phannee Saikon, the wife of one of the victims, was found inside the house with multiple stab wounds to her chest. Relatives rushed her to a Lampang Hospital.

A neighbour, 51 year old  Phan Promdam, told police that all 4 people involved were related. She says she saw Somthop approach Phanee and stab her. Phanee then ran out onto the road and called for help. Her husband and father ran out their house to intervene, but they were met by Somthop with a shotgun, who killed them both.

Phanee fled to her house and hid. Somthop chased her but couldn’t find her. He sat down in front of the house and turned the shotgun on himself, according to Phanee. 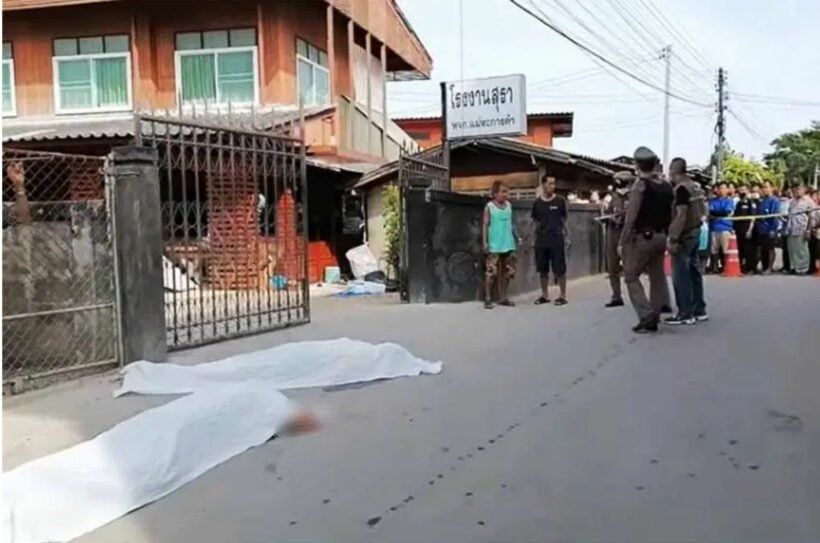 In a similar story, police are investigating an apparent murder-suicide in the southern province of Phuket, involving a couple who allegedly had a falling out over drugs. Police were called around 4:30pm Wednesday after people reported hearing a single gunshot. Upon arrival they found a man dead on the ground with a single gunshot wound to his head, an apparent suicide. A revolver was found beside him.

He was later identified as 42 year old Thanet “Oley” Chuisod. Police told The Phuket News that before finding his body they had been called to a shop where Thanet had shot and killed 27 year old Suphattra Suwanworn before speeding off on his motorbike.

The post Chon Buri man, high on meth, allegedly torches his own house appeared first on The Thaiger News.