British man arrested for overstays, investigations into his selling of tours continues

Krabi Immigration officers have arrested a British man for overstaying his visa by 262 days.

The man has also been accused of allegedly illegally selling tour packages on Koh Phi Phi.

Krabi immigration Officers arrested 38 years old Christopher Dali, a British national, yesterday. He is already facing charges for overstaying his visa by 262 days, including being black-listed from entering the Kingdom in the future.

A hotel on Koh Phi Phi has also been charged and fined for not reporting his stay to the immigration department as part of the routine international guest registration within 24 hours.

The arrest came after a video clip of the foreign man selling Packaged Tours to tourists near the hotel, went viral in social media.

Mr Dali claimed he was not selling any packaged tours but was just waiting for his Thai friend.

Police are continuing their investigation over the illegal selling of packaged tours. 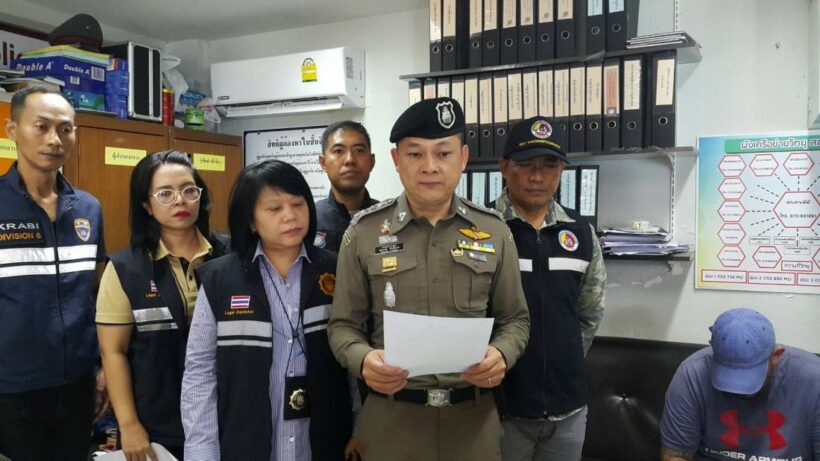 The post British man arrested for overstays, investigations into his selling of tours continues appeared first on The Thaiger Thailand news.

British man arrested for overstays, investigations into his selling of tours continues