Congress Calls Electoral Bonds A Scam, Asks Modi Govt To Give Parliament All The Details 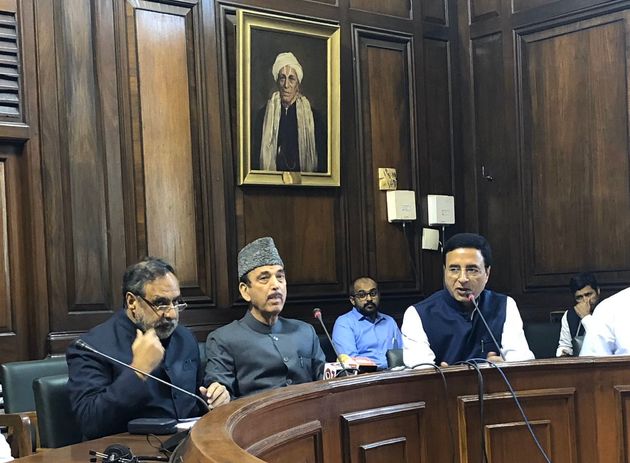 The Congress demanded on Wednesday that the government must disclose all details about Electoral Bonds before Parliament following HuffPost India’s investigation into the scheme.

Reports by journalist Nitin Sethi, published this week, reveal how the government dismissed the RBI and the Election Commission’s objections to the scheme. Months later, the PMO told the finance ministry to break its own rules to allow for illegal sale of Electoral Bonds before crucial state elections.

At a press conference on Wednesday, Congress leader Ghulam Nabi Azad said that the scheme resulted in money laundering and destroyed transparency in the funding of political parties.

“What we are talking about today leads straight to the PM’s office. The BJP govt is running 90 per cent of the business in this country with a few industrialists,” senior Azad said, PTI quoted.

The latest revelation in the Electoral Bond scandal highlights how the Modi govt & specifically the PMO ordered the Finance Ministry to break its own rules & illegally sell bonds to fund their 2018 State election campaigns.
#BhrashtJanataPartyhttps://t.co/HeWdDW1RFA

PM Modi’s Office directly ordered the Finance Ministry to break its own rules and approve the unscheduled & illegal sale of electoral bonds just before the State Elections in 2018. They first tried to justify it as an exception but quickly made it a practice. #BhrashtJanataPartypic.twitter.com/qB8pjRrS2y

He called electoral bonds a “political bribery scheme” and said it was a scam that tarnished the image of the Indian democracy.

Azad, along with party colleagues Randeep Singh Surjewala and Anand Sharma, said under the electoral bonds scheme, the donor buying the bonds could hide his identity and at the same time, a political party needed to share the details as regards from whom it got how much money.

“Our demand is that the PM must intervene and the government must disclose full donor information, who donated crores to the BJP coffers, and place this information before Parliament,” Sharma said.

“Parliament is in session and the government should make the disclosure before both the houses,” he added.

The post Congress Calls Electoral Bonds A Scam, Asks Modi Govt To Give Parliament All The Details appeared first on CommentWise.

4 Things That Can Be Included in Your IRA

Why Do Currency Rate Changes

Congress Calls Electoral Bonds A Scam, Asks Modi Govt To Give Parliament All The Details