Woolly Mammoth And Rhino Remains Unearthed During A14 Excavation

The remains of a Woolly mammoth – and a woolly rhino – dating back to the ice age have been found by a team working on a new road.

Highways England experts, working alongside archaeologists from MOLA Headland Infrastructure, discovered the partial remains of both creatures, which are at least 100,000 years old, during excavations in what was once an ancient river.

They are the latest in a series of finds from the team building a new £1.5 billion road between Cambridge to Huntingdon, due to open in December 2020.

Highways England Cultural Heritage Team Leader for the A14, Dr Steve Sherlock said: “Seeing the remains of these extinct animals really brings to life what was happening over a hundred thousand years ago”. 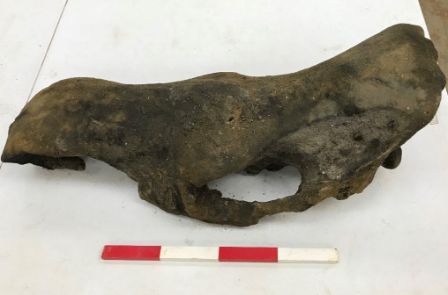 The skull of a woolly rhino

Dr Bill Boismier, consultant Palaeolithic archaeologist for MOLA Headland, said: “The bones together with other environmental evidence surviving from the Ice Age such as plant remains, insects, and microscopic pollen grains from plants should help us to create a picture of the floodplain environment at the time when these remains were deposited.”

Both the Woolly Mammoth and woolly rhino were alive during the last Ice Age, the Pleistocene Epoch, which began about 2.6 million years ago and ended around 9,700 BC. This period was a time where the climate oscillated between cold glacial conditions with vast glaciers and warm temperate interglacial environments with animals such as hippopotamus foraging along the banks of the River Thames. 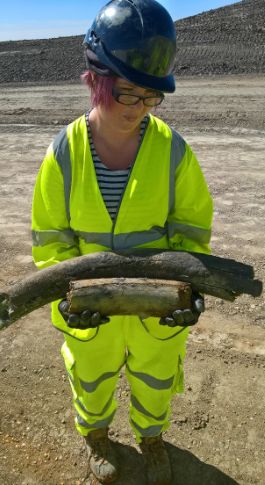 The tusk of a woolly mammoth 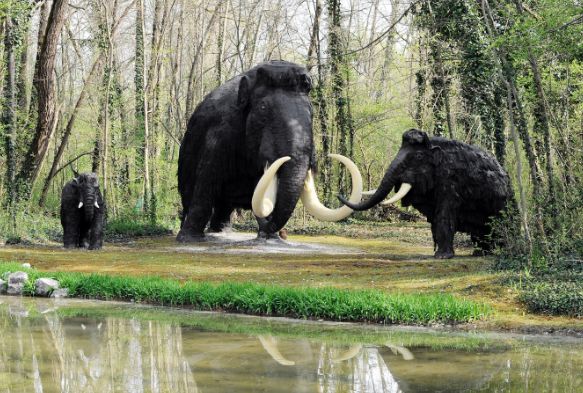 The woolly mammoth were alive during the last ice age

Mammoths and woolly rhinos adapted to life on the cold grasslands lying south of the glaciers. They were covered by thick fur and layers of body fat to protect them from the bitter cold of the glacial winter. Both animals fed mainly on low lying grasses and other herbs.

Initially surviving the end of the Ice Age, the last of the species are believed to have lived on in the Arctic until around 1,560 BC – around a thousand years after the Pyramids of Giza were built.

The woolly rhino grew to around four metres long and weighed-in at just under a tonne, with a height of around two metres at the shoulders, and had two distinctive horns on its head.

They went extinct in Britain around 15,000 years ago, and have no living animal relatives.

Thomas Whitty & The Axminster Carpets
Use of ACE Money Transfer Mobile App…
Review: The Belgrave Hotel in London,…
40 Humourous Traditions
Stablecoins be a Way to Break U.S. Do…

The post Woolly Mammoth And Rhino Remains Unearthed During A14 Excavation appeared first on CommentWise.

Woolly Mammoth And Rhino Remains Unearthed During A14 Excavation