Delhi Elections Over But Protests At Shaheen Bagh Continue 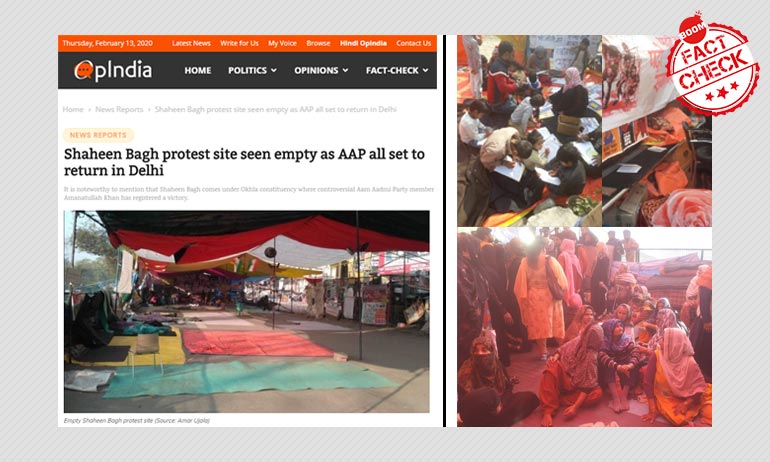 On February 11, the day results of Delhi's assembly election were to be announced, Hindi daily Amar Ujala carried a report about Shaheen Bagh - epicenter of the protests against the Citizenship Amendment Act, along with a photograph that presented a desolate look of the otherwise bustling protest site.

BOOM spent an entire day between February 12 -February 13 to fact check the claim and found it to be false. We found that venue almost empties out by early morning when protesters - mostly women return to their homes nearby to freshen up and later return. The same claim was first debunked by the Quint.

Right-wing website OpIndia used Amar Ujala's image in its story which falsely tried to link the Aam Aadmi Party's early lead in the election to protesters supposedly vacating the site. Below is an excerpt from its story.

"In the run up to the Delhi elections, there were speculations galore that the protest that had continued for more than 55 days, causing grave inconvenience to the lakhs of daily commuters will vanish just after the elections concluded. The speculations now appear to have turned true as a large number of regular protesters at Shaheen Bagh have deserted the protest site on Tuesday morning and did not turn up for what they claimed their democratic right to protest against the government's move to bring in the CAA." - OpIndia

The article was also shared by Amit Malviya, head of the Bharatiya Janata Party's information and technology operations.

The same claim was picked up by social media. Read the reports here and here. 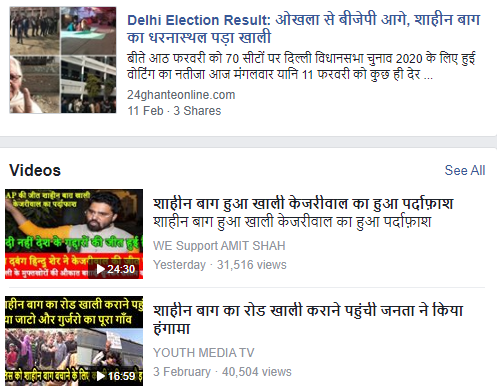 On December 15, 2019 after the passage of CAA in both houses of the Parliament, a 24x7 sit-in protests led by the women of Shaheen Bagh locality started in Delhi. As days passed, the protests became eponymous with the neighborhood where it had started and is now known as Shaheen Bagh protests. In these 61 days, the protest has seen several fake news being spread in its name.

When BOOM reached Shaheen Bagh at 9.30 am on February 12, there were a handful of women sitting under tarpaulin spread on the arterial road - the main site for the sit-in protest. The road betrayed any sign of it being a protest site. A yellow tarpaulin covered the makeshift library that has been built for protesters and visitors. Inside this bus stop-turned-library were people still waking up after a cold-night's sleep. 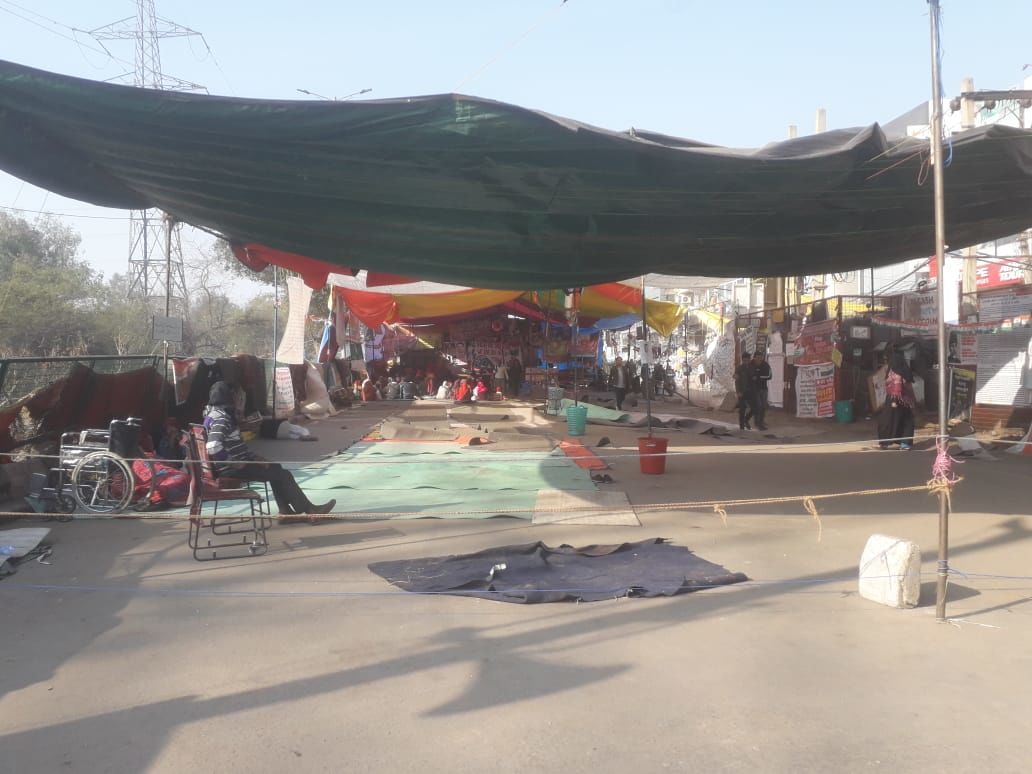 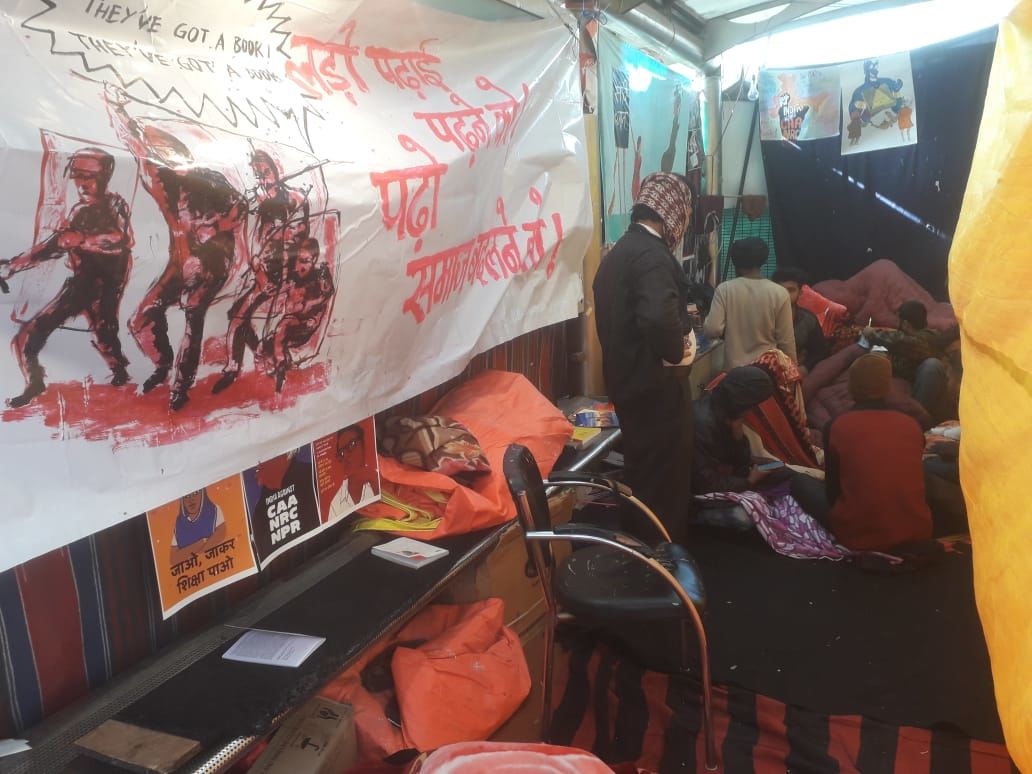 As the sun climbed overhead, women and children started pouring in. Shaheen Bagh was slowly springing to life. The library was being set up and so was a tiny classroom for children, nearby. 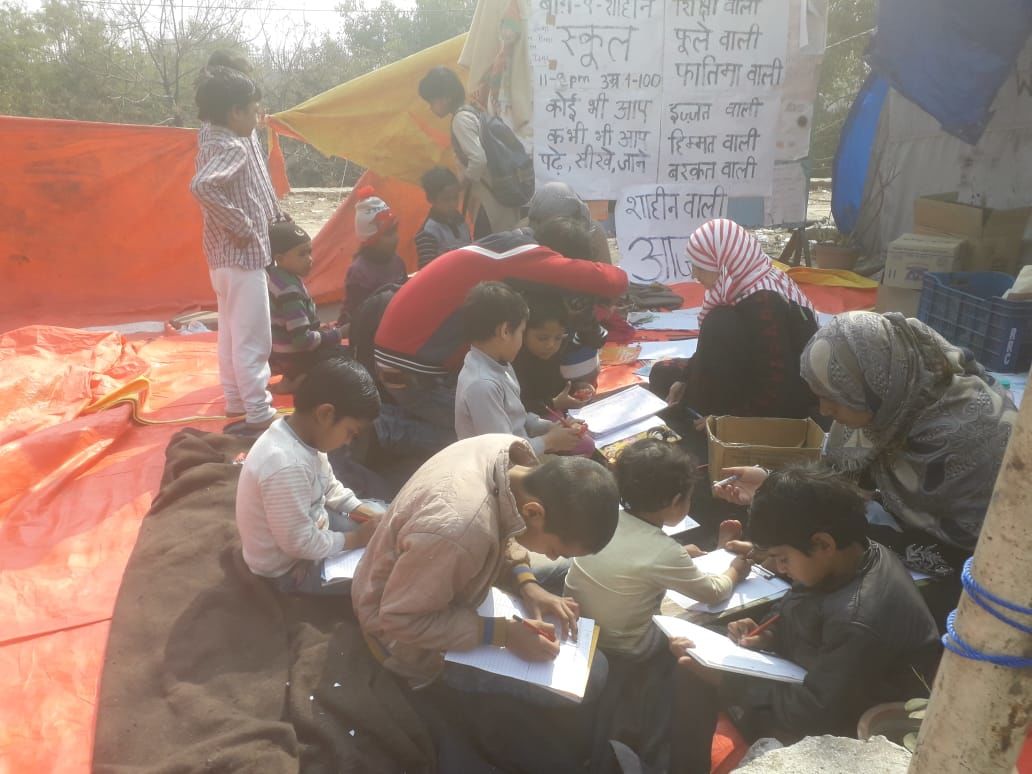 Those who had been at the protest site when BOOM had arrived here told us that the crowd will swell as the day progresses. When we asked them about the claim made by OpIndia, they laughed. Faiz Ahmad, a 57-year-old science teacher from the neighborhood rhetorically asked, "can they (the protesters) go home for a bath at least." Others around him, Chandraprakash and Shahnawaz Khan, joined in.

Chandraprakash, a resident of Shaheen Bagh area, said the protesters who sleep under the tarpaulin shade at the protest site go home in the morning to bathe and change. "Others fill in for them in the meanwhile," he added.

By this time, an appeal had been made on the microphone asking everyone to stand up for the national anthem. We were told this was a daily ritual. Shaheen Bagh was reverberating with Jana Gana Mana... by now. The day proceeded with protesters, who had come all the way from Bihar and Bengal, sharing their views from the stage. Women and girls from the neighborhood joined in with songs and couplets. 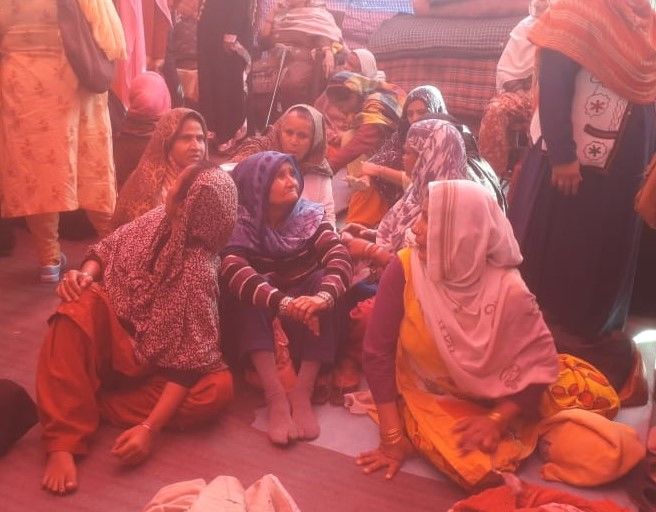 It was lunch time by mid-noon and the Shaheen Bagh Langar had started serving the protesters. 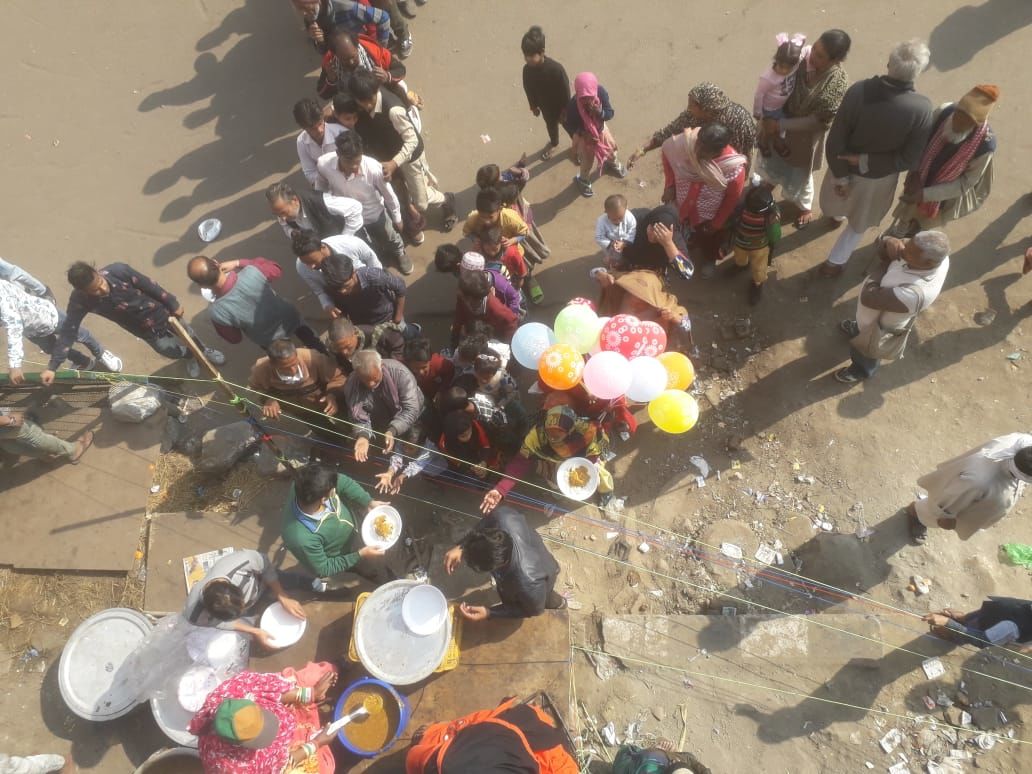 The brief lull in the protests that followed the lunch saw people flocking towards the library that puts on display books donated by individuals. The library, maintained by Mohammed Asif and his friends, functions from 12 noon to midnight. As the sun went down, more and more people had joined in the protest. Shaheen Bagh had come alive with rap performances and art installations by now. A group of students from Jamia were making a replica of India Gate right opposite the main protest site. A painting class was underway in front of shops that have had their shutters down from over a month now. While it grew colder as night set in, people kept pouring in. Quilts and mattresses were piled up at the protest site. In small groups, people could be seen discussing about almost everything under the open sky. The protest site refused to sleep. It was only around 3 am that the first signs of tiredness showed up. Women at  the main protests site had called it a day. The microphones had gone silent, students had returned to their hostels and outsiders had taken back the last metro home. The protesters were sleeping now.

On February 13, we woke up to a deserted venue. The women had gone home, some men were huddled together. The makeshift library was again covered by the yellow tarpaulin. From inside, you could hear soft snores. By the time this reporter was leaving Shaheen Bagh by 9 am, women and kids could be seen moving towards the main protest site.

As we turned into the alley connecting the main road to the neighborhood, the microphone had crackled back to life and one could hear the appeal to stand up for the national anthem.

Speakers List Grows as Democrats Gear Up for Philly Convention

Delhi Elections Over But Protests At Shaheen Bagh Continue