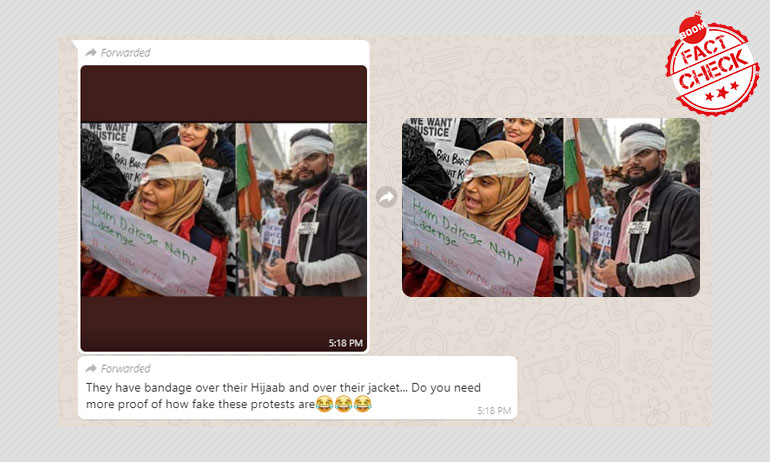 Several users of social media are calling out photos of anti-Citizenship Amendment Act (CAA) protesters, with visible bandages, as imposters with no real injuries. According to them, the photos, which shows the protesters wearing bandages over pieces of clothing like 'hijabs' and jackets gives away their bluff. However, the photographer of these images, Zafar Abbas, told BOOM that the protesters deliberately wore bandages during anti-CAA Protests in New Delhi on December 29, as a mark of solidarity with a student - Mohammed Minhajuddin - who lost an eye during earlier protests on December 15 due to police brutality.

A Comparison of the Environmental Imp…
Three things I learned while circling…
Being a (Goth) Black Sheep … and Brin…
CBD 2020: What to Expect + Our Top Pr…
What Marathon Running and Successful …

On December 15, Jamia Millia student Minhajuddin lost his left eye in protests against the CAA, reportedly due to police lathicharge.

There are various such photos of the protests taken by Abbas in New Delhi, of which a collage of two can be seen below. 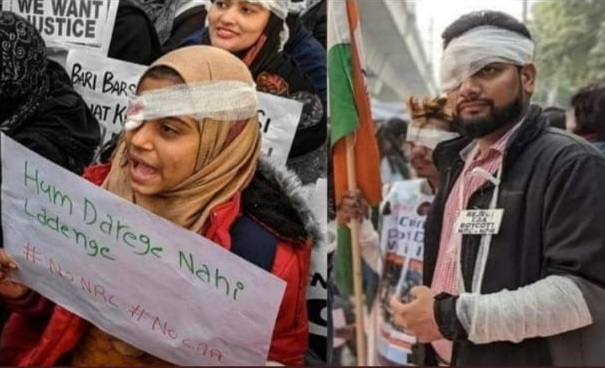 BOOM received the photos multiple times on its helpline (7700906111). It has the caption, "They have bandage over their Hijaab and over their jacket... Do you need more proof of how fake these protests are." 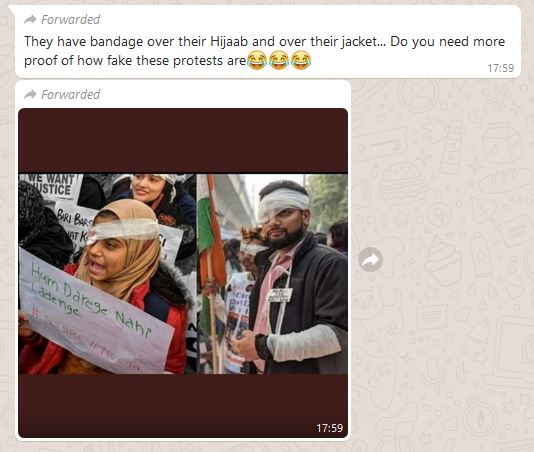 User of Twitter  including Paresh Rawal, amplified the claim which calls such bandaged protesters out. His tweet was retweeted more than 2,700 times, and liked more than 13.6 thousand times. 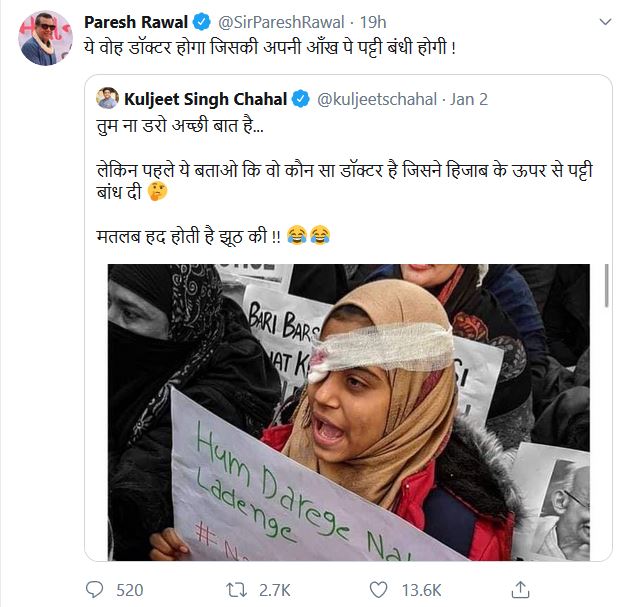 An archived version of his tweet can be found here.

More tweets later emerged of other photos from the protests, showing bandages on their clothing and calling them out.

The same picture with similar claims is also online, which have been worded differently.

Ok let me now teach you all guys running fake propaganda, some basics of #wound #dressing.
First you remove the soiled clothes

Then you clean the wound

And then you apply bandages after debriding the dirty tissue.

PS: it is never applied over jacket and hijab. #CAA_NRC pic.twitter.com/66ZpqDwfaW

On looking through many more such pictures on Twitter, many of these images at first glance carry the watermark of 'Zafar Abbas', who is a journalist and works with the Millennium Post. 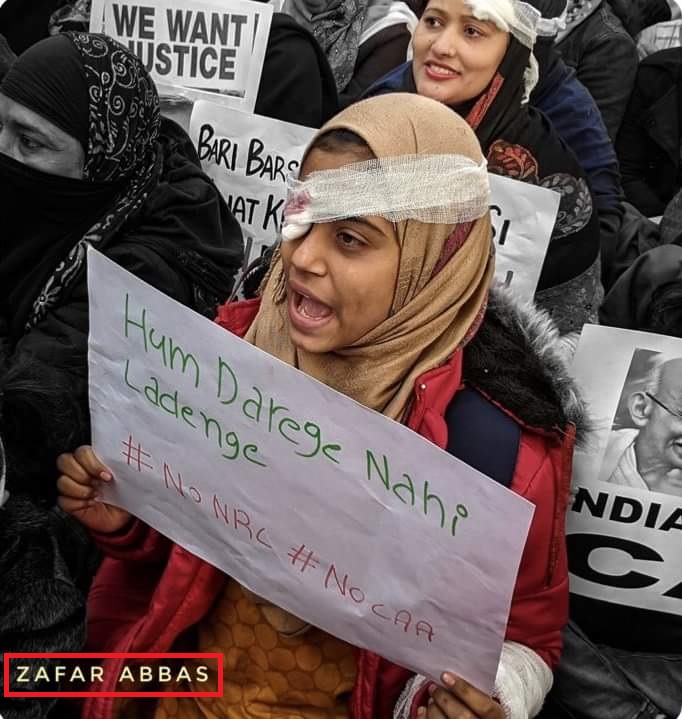 BOOM got in touch with Abbas, asking him the date and nature of the photographs, to which he replied:

"I took the photo on 29th December ( Sunday ) when the students of Jamia Millia were protesting in an innovative way by tying a bandage around one eye in solidarity with Minhajuddin, a student who lost an eye in Delhi police crackdown."

On the nature of fake claims that has emanated from his pictures, he told BOOM:

"I was surprised to see trolls and even some verified twitter handles used my pic without checking the background of the symbolic protest and tried to mislead people."

The original images being circulated on social media, along with many other images from the protest have been tweeted by Abbas through his Twitter account and can be seen below.

Similar images of the protests on December 29 can also be found through other sources. News18 too covered the protests, and one can see a compilation of pictures from the protests where they have outlined that the bandages are a mark of solidarity. 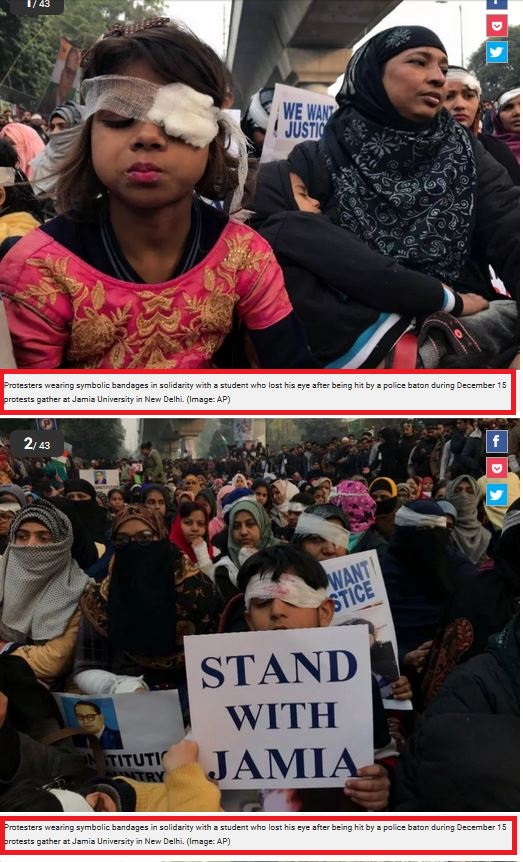 The CAA was signed into law by President Kovind on December 12, 2019 and since then there have been widespread protests across the country against the Act that have caused at least 25 casualties. Opponents of the Act - which grants expedited Indian citizenship to non-Muslim minority refugees fleeing religious persecution from Afghanistan, Pakistan and Bangladesh - state that the Act, in conjunction with the a potential nation-wide National Registry of Citizens (NRC) could directly render sections of Indian Muslim stateless. The government refutes this, stating that while a nation-wide NRC has not even been announced, the CAA is a humane law to provide shelter to persecuted minorities with nowhere to go.