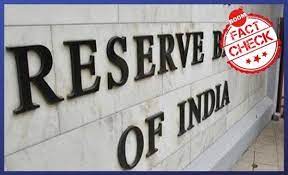 A Message claiming that the Reserve Bank Of India (RBI) has cancelled the leaves of its officers and is gearing up to make a big announcement is false with the central bank itself rubbishing the message.

RBI officially denied the rumor clarifying that no such order had been issued, after messages went Viral on WhatsApp and social media.

The RBI tweeted on Saturday night stating that there had been no cancellation of RBI officers’ leave / Leave Fare Concession (LFC).

The statement further read that, “It is clarified that this information is not correct and no such order has been issued by the RBI.”

There are social media reports about cancellation of RBI officers' leave/LFC. It is clarified that this information is not correct and no such order has been issued by the RBI.

The viral message claimed, “RBI all officers leave cancelled …..Something too BIG is going to happened in short due.”

BOOM received it on our WhatsApp helpline number (7700906111) inquiring whether the message was true. 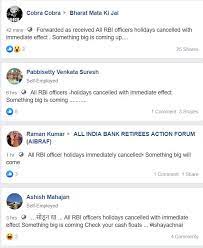 చివరి క్షణాల్లో అభిమానితో రిషి కపూర్.…
Cat Coronavirus Diary – Day 17
How to Set a Deadline and Achieve You…
Good health and fitness is worth figh…
You Say Covid-19, I Say Hangar 18!