Ensuring its soldiers, sailors and aircrew are not the slightest bit stoned as they go out the door to war or other hazards is the subject of intense study and debate as the Canadian Military looks ahead to this year’s expected legalization of Marijuana.

The army, navy, air force and special forces are not your average workplaces, and the senior commander in charge of military personnel says he won’t hesitate to recommend restrictions and screening should the need arise.

“We’re concerned about how folks will be able to do their job,” Lt.-Gen. Chuck Lamarre told CBC News.

“And we are concerned about folks who have the challenges of operating heavy equipment, weaponry, who are on call on a regular basis to go and do things, like our [search and rescue] technicians.”

The Liberal government’s legislation to legalize and regulate recreational use of marijuana is before the Senate. Prime Minister Justin Trudeau, in an interview before Christmas, said it would be “next summer” before it becomes law.

Workplace safety has figured in some aspects of the pot debate, but Lamarre said the potential for increased use and acceptance among the general population brings with it pressing national security concerns.

“We have to be able to protect the Canadian Armed Forces’ ability to be able to send men and and women — at a moment’s notice — to operate in some very, very dangerous and demanding environments,” he said.

Since last spring, a team of military policy experts, including medical, legal and officers on operational duty, has been examining the implications of the legislation and what policies might have to change. 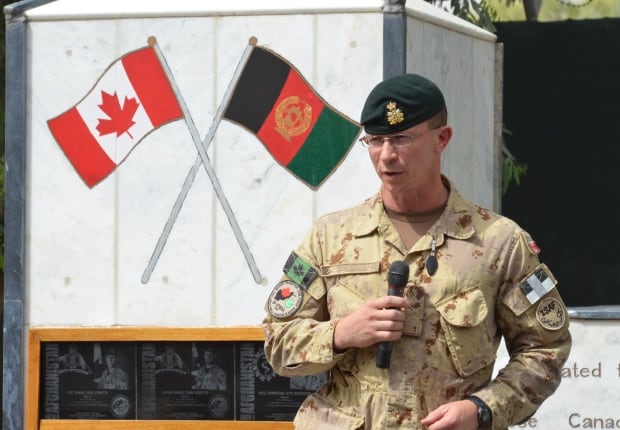 Lamarre, who oversaw Joint Task Force Afghanistan in 2011, is the Canadian Armed Forces chief of military personnel. He says he is prepared to ‘recommend or propose control measures’ for marijuana that are based on scientific research. (Murray Brewster/CBC)

Lamarre said it’s too soon to know if there will be limits on marijuana use, but he is prepared to “recommend or propose control measures” as long as there’s scientific research to back them up.

Employers in the civilian world can prohibit drug and alcohol use in the workplace, with some exceptions for medical marijuana patients.

The military has limited and even banned the consumption of alcohol in specific circumstances, notably in Afghanistan.

There is a long-established drug testing policy for “safety-sensitive” positions and — as recently as five years ago — National Defence faced an intense internal lobbying campaign from senior commanders who wanted to see the list of jobs subject to screening drastically expanded.

That push failed, and Lamarre noted that, from the point of view of legal rights, the military has to be “very careful how we apply” randomized testing.

‘Do you want some bozo driving a tank to be strung out? No.’
— Stuart Hendin, lawyer and military  instructor

However, an expert in military and constitutional law said defence officials should not be timid in controlling marijuana use.

Not only would the law be on the side of restrictions and precautions, but so would the public.

“Do you want some bozo driving a tank to be strung out? No,” said Stuart Hendin, a lawyer and instructor at the Royal Military College and Canadian Forces College.

“I think the public expects the military, like the police, will be held to a higher standard.” The concept that they lead a different life should be drilled into the expectations of those serving, as should the idea of marijuana restrictions and random drug tests.

“The military’s function is the management of extreme violence. If you bear that in mind, then the increased restrictions should not be offensive to the community at large,” said Hendin.

Lamarre, however, said the military will have to rely on more than just a moral argument.

He has ordered up a trove of health research, specifically on “what the impact of marijuana can be on the developing brain,” said Lamarre.

“We hire the 18-to-25 age group. We want to be aware of what the impact might be on the well-being of those folks who might be consuming this product.”

On the legal side, they are looking at what constitutes impairment. 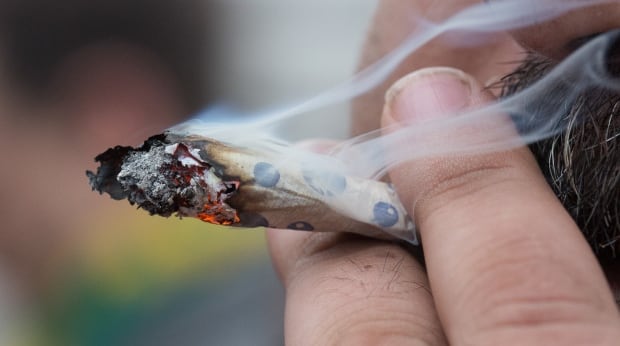 A team of military policy experts is examining the implications of legalized marijuana for Canadian Forces members. ‘We hire the 18-to-25 age group. We want to be aware of what the impact might be on the well-being of those folks who might be consuming this product,’ says Lt.-Gen. Chuck Lamarre. (David Donnelly/CBC)

There is no government-approved technology to conduct roadside tests for marijuana impairment, and experts argue urine and blood tests are not useful because regular cannabis users can test positive days —  even weeks —  after the last use.

“How do you deal with that?” Lamarre asks. “Is there a testing technology that is coming around the corner?”

And then there is the question of how military messes, or dining halls, treat marijuana. Alcohol is sold there under licensed conditions.

Lamarre said whether marijuana would be available under similar circumstances is something they haven’t even considered.