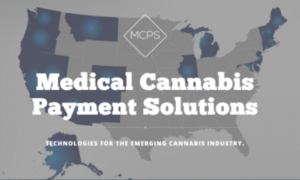 A Medical cannabis bill that would advocate a more moderate approach and would “bridge the gap” between two very different legalization initiatives currently underway, has every chance to be successful, according to Medical Cannabis Payment Solutions (OTC: REFG) CEO Jeremy Roberts, quoted by the Deseret News (http://ibn.fm/ujXBR). Roberts, who is also a member of the Utah Republican Party, discussed the matter with Rep. Lee Perry, who is planning on coming up with a “workable medical marijuana program in the state.” While the bill has not yet been formally drafted, with Perry still gathering input on language and contents, Roberts is confident that the initiative will be ready in time to be debated before the end of the legislative session on March 8.

Sex on Your Period – Reasons to Do It
WordPress Website Customization: Best…
Crunchyroll – How to Watch Anime Onli…
How to Clean a Ninja Coffee Bar for a…
“BUY Sqribble? My Honest Review!

Leveraging his experience as CEO of a merchant processing pioneer in the medical cannabis industry, Roberts said he met with several interested lawmakers in recent months to discuss what would be a “reasonable program” with appropriate controls in place to allow patients access to marijuana-based medication they need. Talks even focused on aspects of current marijuana legislation in other states, to determine which policies would make the most sense for Utah.

Cannabis is illegal in Utah, with the exception of a non-psychoactive medical CBD oil extract for patients with severe epilepsy. Advocates of medical marijuana legalization for people with serious medical conditions are rallying for a state-wide ballot sometime this year, an initiative that enjoys overwhelming support. About 76 percent of Utah voters are in favor of the initiative, according to a January survey by The Salt Lake Tribune and the Hinkley Institute of Politics with the University of Utah (http://ibn.fm/BTp4i). Opponents of the initiative, including Perry and Roberts, say the ballot goes further than most people realize and would basically provide backdoor access to the equivalent of a recreational program.

On the other side, Rep. Brad Daw has introduced a package of bills on medical marijuana which would allow terminally ill patients to try the substance and would have the state grow its own plant. Roberts believes the legislation proposed by Daw this session is too conservative, and not too different from the “ultra-conservative” initiatives that the legislature has come up with up to this point.

Lawmakers know that they need to pass a medical marijuana bill but “they haven’t been given a good option” so far, Roberts said. The Medical Cannabis Payment Solutions CEO is confident that what Perry will come up with be viewed as a better and more moderate option which the caucuses are going to love. The bill will most likely start by allowing unrestricted access to CBD oil to all patients who need it, and broad access to marijuana for terminally ill patients. Gradually, the bill will allow for higher ratios of THC to CBD for certain categories of patients, but it will most likely not allow access to the whole plant at any point, Roberts explained.

In a separate interview with Jane King of SCN Corporate Connect (http://ibn.fm/7cJh8), Roberts talked about his company’s commitment to regulatory compliance, as opposed to other companies in the industry which would rather “walk away” than put in the work to meet the federal government’s very strict guidelines and regulations. He said that part of his activity in Washington DC includes working with the authorities to show that “people actually can and are willing to comply with the regulations they put forth.”

Roberts also briefly discussed his company’s fully secure, state-of-the-art services to the medical marijuana sector, in particular its ability to track sales and tax collection from the moment when a buyer enters the vendors’ establishment, the purchases made, all the way through the payment of taxes. This functionality “hasn’t existed up until we’ve come to the marketplace, and we can actually show the provenance of funds in that market,” he said.

Medical Cannabis Payment Solutions brought to the market the first and only comprehensive card processing service. Via Green, a proprietary payment system that was launched earlier in January 2018, the company aims to offer a “cure for the banking nightmare cannabis establishments face,” according to Roberts. The platform has full merchant account functionality that allows for repeat billing, online sales, client management and 100 percent secure electronic payments. The system is also fully compliant with Financial Crimes Enforcement Network (FinCen) regulations and parameters for financial institutions serving the medical cannabis sector.

For more information, visit the company’s website at www.REFG.co

QualityStocks is committed to connecting subscribers with companies that have huge potential to succeed in the short and long-term future. It is part of our mission statement to help the investment community discover emerging companies that offer excellent growth potential. We offer several ways for investors to learn more about investing in these companies as well as find and evaluate them.