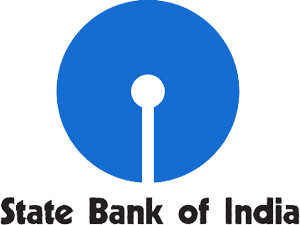 State Bank of India - The banker to every Indian is perhaps making a "mistake" while depositing Income Tax on behalf of several account holders. Here is a case which could be happening with a lot of customers; given the low financial literacy rate in our country, this is something that many of us would fail to check and help banks enjoy our money and earn interest on it.

Hampton Cannabis Expo Founder Gary Bi…
Do Authors Need an Email List to Be S…
Bipartisan semiconductor production b…
US President To Visit Israel And Occu…
Low Fade vs High Fade Haircuts: 5 Top…
Anusha has been a customer at one of the bank's branches for several years now and like many of us, she opened a new Fixed Deposit  with a two year tenure. Busy with her career, she had not had the opportunity to visit the branch to submit Form 15G, which is why the bank had an obligation to the Department of Income Tax to deduct TDS on this account and deposit the same to the IT Department. Subsequently, an amount of Rs 1056 was deducted from her account on account of TDS which Anusha was aware of.
At the end of the financial year, she approached the branch for a Form 16 for the said deduction which she could use while filing her income tax returns. To her surpise, the amount mentioned was just Rs 244. She asked the officer about the difference and was told that the amount of tax deducted was Rs 244 and hence everything was correct in all respects.
A suspecting Anusha returned home and cross checked the banks statement and her Tax Credit Information, which confirmed her doubt.
This simply meant that the bank was enjoying Anusha's money without her consent and cheating the government. She decided to complain to the Income Tax Commissioner but on second thought realised that it might be a genuine mistake and decided to approach the bank so that they can get it rectified.
Anusha was not properly attended by the branch and was told that her complaint would be entertained only if she communicated in writing. Surprisingly, officers at the bank failed to realize that they were inviting trouble for themselves by asking Anusha to make a formal complaint against their own selves. What could have ended in a careful conversation had now landed inside the DGM, Customer Care's inbox with a copy to SEBI and the Department of Income Tax. Of couse, Anusha marked a copy to the branch as well.
Get Updates on Email
Pampers Medium Size Diaper Pants (60 Count)