KODAK BACK WITH EKTRA

In 2012, when Kodak filed for bankruptcy, it was shock for the people across the global.
Go back 16 years, Kodak was ranked the fourth most valuable brand in the US, behind Disney, Coca-Cola and McDonald’s. Whenever people brought Camera, Kodak was the first choice. It's only competitor was Fujifilm, which came at a cheaper price, but Kodak was way ahead with as much as 90% market share in the film segment.

The decline of Kodak is fine example of how new technology replaces the old one and if one is not able to upgrade itself with time it lags behind. In the late 90s, digital cameras became cheaper and as such film sales dropped. By the early 2000s, Kodak was seeing downside. Kodak shifted the focus to digital camera market. In 2005, they ranked first in US digital camera sales.
However, digital cameras were easy and cheap to produce and such more players came in. Then came the smart phones which gave cast the final dent to Kodak. As smartphones came in, traditional cameras were losing their existence. Kodak was the most affected and in 2010, they fell to seventh place in camera sales.
The company's financial suffered suffered as it struggled to be in profit. They tried a couple of measure like making inkjet printers, laying off workers and using patent litigation as a source of revenue.They even considered auctioning off their decades worth of patents. Things kept getting worse and in 2012, they filed for bankruptcy. 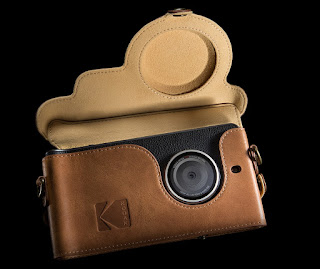 Recently, Kodak is in news for the launch its product called Kodak Ektra. It is a new offering with hopes that it would revive the company's fortunes. Ektra is a smartphone named after Kodak's iconic 1940s rangefinder Ektra camera.
Ektra is powered by 2.3 GHz Helio X20 processor and it comes with 3 GB of RAM. It has a non-removable 3000 mAh battery inside and comes with Android 6.0. The Kodak Ektra packs a 21-megapixel primary camera on the rear and a 13-megapixel front shooter for selfies. .The phone has a 5.00-inch touchscreen display with a resolution of 1080 pixels by 1920 pixels at a PPI of 441 pixels per inch. The phone has a 32 GB of internal storage which can be expanded via a card. It is a single SIM phone which the availability of Wi-Fi, GPS, Bluetooth.Sensors on the phone include proximity sensor, ambient light sensor and an accelerometer. 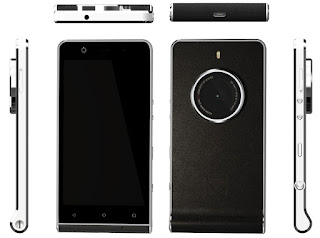 It is covered in an artificial "leatherette" material with metal sides. There is a curved grip and dedicated shutter button to give a classic camera-like look. The camera app is integrated a photo editing app Snapseed which allows for swift edits with one tap. There's also a "Super 8" video app that adds vintage-style filters to videos to give in a '70s nostalgia look. The rear camera supports 4K video and a HDR, along with optical image stabilization.

While the existence of camera's is in question here is a device which has camera as the primary device and calling services as an add on. Its a good choice for the photographers as the phone has photography as its main focus. Undoubtedly, Kodak is banking on its well-known photography branding to help sell this phone and lets hope this works for we don't want Kodak to be forgotten.

KODAK BACK WITH EKTRA