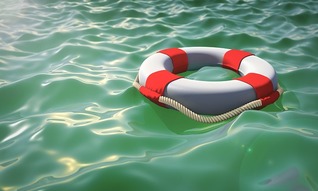 What gift could make a difference if someone’s retirement plans were going nowhere?  What if their best efforts to win in the Stock Market kept losing?  Seems as if nothing short of a large pile of cash would make any difference, doesn’t it?  Let’s look at a better solution.

In January 1994 Frank Armstrong began serializing an investing Book.  He had an interesting premise, that the conventional wisdom on investing was wrong.  Admittedly his only proof of that was that the conventional wisdom hadn’t worked.  In principle, the things he said should have been known.  Every brokerage and mutual fund had access to the same data he used.  The difference is that he let the data teach him, instead of trying to find some once in a blue moon event in the data to justify his preferences.  He was way ahead of his time, pursuing big data.  He crunched the numbers to find the mutual fund managers who delivered top returns year after year.  His great discovery:  there aren’t any.  The simple solution is, in large part, low cost index funds.

There are two important things you want in a teacher.  Frank Armstrong has both of them:  1) he knows and loves his subject and 2) he passionately wants you to understand it.  His book is extremely readable and interesting, building your knowledge step by step, always leaving you clearer and more capable than you were before.

So what’s the book?  ​Investment Strategies for the 21st Century.  It’s available for free, just like it was originally.  I know of many people who have a copy of this book.  Oddly, it’s not enough to have the book.  You also have to read it and act on it.
​
Much of the financial industry benefits from you being confused and intimidated, so that you’ll pay for expert advice and services that underperform the market.  You do it because they hinted that they could outperform the market or their peers.

Armstrong, while happy to accept you as a paid client, tells you in his book how to have an investment portfolio very similar to what the more responsible and successful institutional investors have.

Once you make the needed mental adjustment from trying to use the stock market as a casino, to being able to enjoy great returns over the long run, you’re on the right track.  Instead of getting your thrills from hoping you’ll win, get them from actually winning.

Armstrong’s book is ultimately its best recommendation.  Read the introduction and let him blow the cobwebs of advertising and conventional wisdom away.  At one enjoyable chapter a day, you’ll be done in no time.