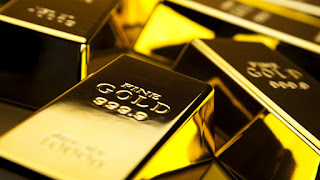 Gold prices held steady amid concerns over the slowing global economy along with uncertainty about the trade dispute between the United States and China.

Disappointing economic data from US and Japan added to the sense of an overall slowdown. U.S. home sales tumbled to their lowest in three years in December.

Fed's Kudlow states that there has been 'no cancellation' of trade talks with China, contradicting earlier reports

Connect with our social media sites