Corvus Technologies Corp – The Tracker System ‘sees through walls’ with RF technology. Our system is highly remunerative, proprietary, and lifesaving.

We feature the Tracker System which ‘sees through walls’ with RF technology. Our system is highly remunerative, proprietary, and lifesaving. We specialize in first responder safety-of-life situations such as finding fire-fighters in a burning building.

Our tracking and monitoring system uses radio beams which travel through walls, trackingwith high accuracyfirst responders while indoors. The portable system uses one or more antennas on the exterior perimeter of a building, which send safe penetrating beams that are 1.6B times stronger than GPS and 250K times stronger than typical cell phone waves. The exact 3D locations of first responders are monitored on the commanders screen. The system can also provide the persons biometrics and oxygen tank level. 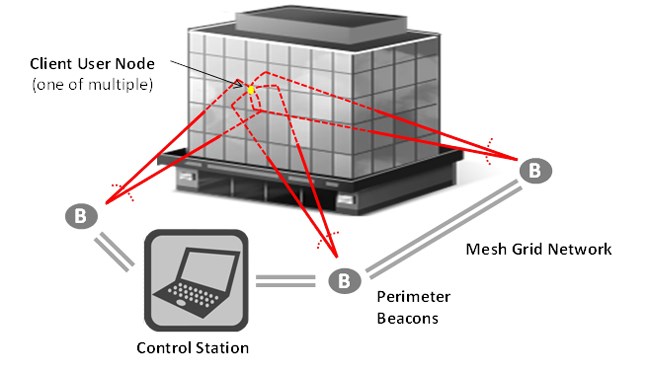 Corvus Technologies offers an attractive package, from an investors point of view. Cortek is in a pre-revenue situation, and as such is positioned for considerable growth in profits in the near future. As of this writing, Cortek brings to the table:

Our architecture is dedicated to saving lives. We have the solution to find people in harms way, behind thick walls and in places where the infrastructure is no longer stable.

Our business plan is sound. We have terrific advisors, a highly skilled team, and protected technology.

There is no real near term competitive solution, except for ours. We can be 1st to market. The market is vast with a critical need.

We look forward to working with you.
Thank you

Sex Tips for Men: How to Be Better in…
How to Develop an Educational App?
Top 5+ Best Urgrove Alternative Sites…
How to Clean a Cuisinart Coffee Maker…

The systems design meets FCC requirements and uses modified versions of integrated circuit components and protocol that, until recently, were not even available. It is technology that is closed-loop, meaning that it receives feedback.

The Cortek Tracker uses several components in a system to provide the critical tracking services.

Glen Var Rosenbaum founded and ran his own profitable corporation, Corvus Radio Co., manufacturing specialized radios in the early 2000s. He has worked for other startup companies as technical lead in product development, including WavePhore Inc., which went public, and Enviro Foam Technologies, as well as vice president at Covid Technologies. Glen Var has worked in the AeroSpace industry (at Motorola, General Dynamics, and Orbital Sciences) primarily on satellite communications but was recently assigned to take on rocket science responsibilities. Working on various projects such as the space shuttle, the national seismic system, and GPS, Mr. Rosenbaum has consistently performed well as a project leader, manager, and engineer. Glen Var holds 6 patents, a DoD Secret Level Clearance, and publications.

Jae Heiner has experience with several startups, including Global Key, where as a principal director he helped grow a customer base of commercial businesses, municipalities, and the DoD. Jae has worked in the AeroSpace Industry (including at General Dynamics and Orbital Sciences) on GPS and other intelligence, surveillance and reconnaissance systems. Most of this experience has been as a director, program manager, project lead, lead systems engineer, or team lead. Mr. Heiner has been brought in to lead several tiger teams (that is, special troubleshooting teams sent in to fix critical issues); with these Jae has had significant success (for instance, he lead a team that restored satellite operations of in-orbit GeoEye). He has been entrusted with annual budgets of between $10M to $80M. He has directed the highly successful development, launch, and operation of major, technology-cutting, classified satellite programs.

Esme Weathers has experience in accounting, tax preparation, office management, and SEC filings. Esme has a bachelor of science in accounting with a minor in organizational behavior. Ms. Weathers is fluent in multiple languages: English, Mandarin, Cantonese, and Malay. She foresees the potential for wildfire growth in a company with a proprietary, lifesaving and injury-reducing equipment that may become industry standard safety equipment. Others on our team of a dozen have patents and have worked at successful startups such as Lincoln Laser and Broad Reach Engineering.

The post Corvus Technologies Corp – The Tracker System ‘sees through walls’ with RF technology. Our system is highly remunerative, proprietary, and lifesaving. appeared first on iCrowdNewswire.

Corvus Technologies Corp – The Tracker System ‘sees through walls’ with RF technology. Our system is highly remunerative, proprietary, and lifesaving.