With industry trends changing up to the minute, it’s always good to know what lies ahead, so we’ve asked our resident smart guy, Carlos Bustamante, VP of Strategic Technologies, to put together his top broadband industry predictions for this year. Here are his picks for the trends that we can Expect to see.

THE FCC NET NEUTRALITY VOTE
The 3-2 FCC vote on December 14th 2017 to dismantle Net Neutrality protections brought polarizing reactions from Tech Giants, Content Providers, Internet Service Providers and Consumers. Expect litigation in this politically charged topic. If a court rules against a reversal, you can also expect it to go to the Supreme Court. There will be legislation brought forward by some in Congress, but it’s not likely to get any traction.

DOCSIS 3.1 DEPLOYMENTS IN THE USA
Expect additional Tier 1 and Tier 2 operators to deploy D3.1 as CAPEX costs begin to decrease. But most Tier 2 and Tier 3 operators will want to go with the lower cost of Fiber deployments instead.

IT’S ALL ABOUT THE ANALYTICS
Whether it’s mining set-top box TV viewership data or ingesting social engagement data, expect to see legacy and new technologies layering in additional analytics components into their offerings even amid the outcries of privacy issues.

TO CABLE TV OR NOT TO CABLE TV
Expect some mid-tier operators to leave traditional TV service in 2018 for all OTT/streaming.

INTERNET OF THINGS
In residential use-cases, visibility into the customer premises behind the MSO-provided cable modem has been the issue. Expect to see service offerings based on the Open Source Apps for QoE, QoS and whole-home visibility as a precursor to deeper IoT services in 2018.

CABLE COMPANIES GETTING INTO THE MOBILE INDUSTRY
It is unlikely that Comcast or Charter would embark on their own Mobile service to compete with the big four mobile carriers. However, look for Mobile-Only carriers to offer other services to counteract brands like Comcast and Charter stealing subscribers.

MOBILE CARRIERS OFFERING TV SERVICES
T-Mobile recently announced its acquisition of Layer3TV, a Denver, Colorado based start-up. In doing so, the 4th largest mobile carrier is positioning itself to offer traditional TV services via a subscription based model over its mobile network. Look for MSOs imposing more bandwidth caps or other measures on 3rd party OTT offerings from carriers like T-Mobile.

5G is the faster, better, stronger wireless evolution from 4G-LTE.
5G is a new network and look for mobile carriers to invest heavily even though compatible smartphones are still not available. The more interesting scenario is the potential replacement of the traditional wireline residential broadband service. If this becomes the strategy for the likes of Verizon then expect the newly formed MVNO partnerships to hit a major stumble. 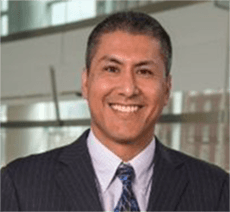 Carlos Bustamante has an extensive background in the cable industry and heads up engineering and development teams to ensure that ZCorum stays on the edge of innovation with new products and services.

Carlos has held various roles in the Cable industry for 20 years, starting his career as an engineer for The Weather Channel where he deployed satellite-based headend receivers in North America and Latin America. Carlos has been building his experience in DOCSIS hardware and software solutions since 2003, working for companies like Integrated Broadband Services (IBBS), ARRIS, and Intraway. During that time he has held roles in Engineering, Sales, Business Development and Customer Program Management. His specialty has been in translating Software Platform Analytics into actionable insights so it is more useful to the operator.