Watching all the Youtube RV episodes has got me thinking about the Electronics in RV’s. What do you need to stay connected?

The most common thing that I see in videos are people talking about cell phone boosting systems. They put an antenna on their roof and then they can either physically plug in their hot spot (mifi) or phone, and get a stronger cellular signal. Some of them claim it can make an area that they couldn’t get a signal in, get a strong signal. 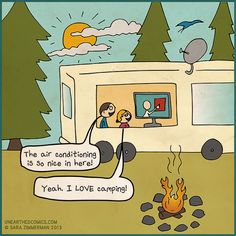 Thats interesting but I am not sold on those systems. First many of the cellular companies don’t have nationwide coverage. So what happens is that a couple might get cell packages from two different vendors say AT&T and Verizon. If one doesn’t work then the chances of the other one working is better.

To me I am not impressed with AT&T or Verizon as a data carrier. I had them in the past and they were nothing but problems. I have seen people who have them now and I am not impressed. I would rather buy a satellite receiver that is mobile, and then I am almost guaranteed coverage no matter where I am.

Of course people who have mobile satellites are not perfect. Satellites in the past have been slow to transmit and sometimes come with data caps or limits on downloads. Still, if I were looking for Internet connectivity this is what I would do.

The cost for two different companies unlimited data plans is about the cost for Satellite service. So it isn’t on the basis of cost. It is more likely that cell phone service will fail than a Satellite, so thinking long term it seems more reliable. You know from past reading here that I am not impressed with AT&T and Verizon and I will not support them in the future. So it is years of wasted money with both of them that also helps me to decide.

Another popular option is Solar power. I would get as much solar power as I could afford. I have always wanted to have solar power and I would love this. I would try to be as fully Electric as possible, so that I could stay outdoors and independent as long as possible. Butane, propane, gas are the popular camping fuels. Solar power can replace almost all of those. There are no electric RV’s that I am aware of that run on electricity, but one day that will be an option. Until then I will minimize the damage I do by using a renewable resource.

Yes there might be some custom electric motor shop that could swap a gas motor for an electric one. It might be a possibility I investigate. What a wonderful feeling it would be to know that my journey through life harms as few things as possible. That would be worth the extra cost.

Laptops are the most common computer in RV’s. You do see some people with a large screen iMac. That is an interesting choice. I personally love laptops so to me, it seems the better option. The problem with desktop computers and iMacs is that the huge power draw they would take. A laptop takes the fraction of the power. So I would probably never use anything other than a laptop if I was in an RV.

Smartphones tend to be iPhones/iPads. People love to have USB charging hubs built into the power adapters instead of having to use a power adapter. I’m not sure this is an advantage. Dedicated power adapters can charge devices faster. So you are trading convenience for more time to recharge.

Didn’t realize this would be this long. Looks like a Part II will be coming soon.

The post Electronics in RV’s appeared first on Stuff worth knowing about.