WebTorrent Desktop (beta) is a simple, open source BitTorrent client that lets you stream torrents, available for Linux, Windows and Mac.
The Application comes with a very basic user interface, which allows dropping a torrent file or pasting a magnet link to start streaming it. 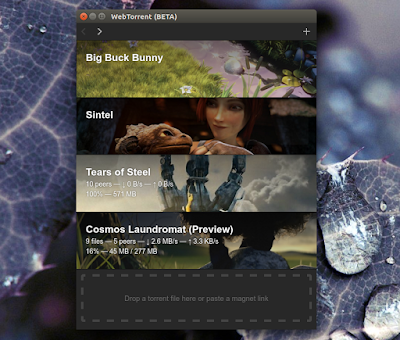 There's no torrent database, search or anything like that in Webtorrent Desktop. It only displays 4 popular open source videos (section which later gets populated with the torrents you add) and an area where you can drop torrent files or paste magnet links to start streaming.

The torrent can be both video or audio - WebTorrent can handle both:

"Whether it's video from the Internet Archive, music from Creative Commons, or audiobooks from Librivox, you can play it right away. You don't have to wait for it to finish downloading". 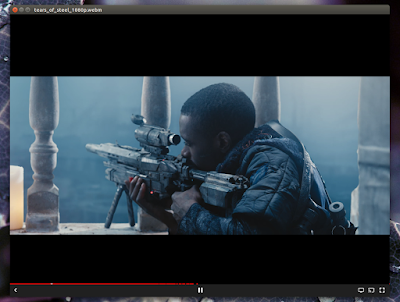 As for the BitTorrent part of WebTorrent Desktop, the application can discover peers via tracker servers, DHT (Distributed Hash Table), and peer exchange. Also, the application supports the WebTorrent protocol, which allows it to connect to WebRTC peers (for instance web browsers).
Unfortunately, the application doesn't support subtitles for now. If you're interested in this feature, you can track its status HERE. Another important feature that's currently lacking is being able to use an external video player, like VLC, mpv and so on. But the application is still in beta, so missing features are to be expected.
Those who prefer the command line can try webtorrent-cli. Like WebTorrent Desktop, webtorrent-cli can stream to AirPlay, Chromecast, and DLNA devices, but it also offers some extra features, like using various media players, such as VLC or mpv. It doesn't support subtitles either though.
Note that for webtorrent-cli there aren't any binaries available for download, so you'll have to compile it. Debian, Ubuntu and Linux Mint will need Node.js from its official repository.

Once installed, run it once from a terminal (if you've installed the .deb, simply type "webtorrent-desktop" in a terminal), and the application should automatically create a .desktop file. From then on, you will be able to launch it from the menu / Dash.
Report any issues you may find @ GitHub.
Also see Peerflix: Stream Torrents With VLC Or MPlayer Via Command Line