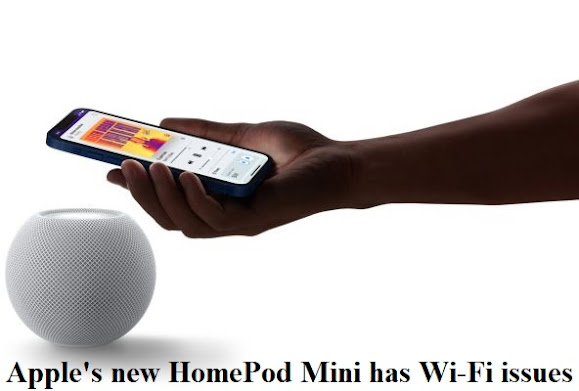 Apple's HomePod Mini has been available for just two weeks, but it's already having technical issues. Many users have reported that their HomePod cannot connect to Wi-Fi which is an issue for a wireless speaker.

As reported by 9 to 5 Macs, customers have been rushing to Apple support threads to report issues with their HomePod minis. Everyone seems to have a similar problem: When asked a question, HomePod mini responds with "I'm having trouble connecting to the Internet."

Users have tried multiple fixes including restarting, resetting, and restoring factory settings on their HomePods but are still experiencing the issue. Some have reported that the Homepod was working fine, only to experience the issue again after about a day. As of yet, there is no patch from Apple.

Apple has some general suggestions for resolving issues with its HomePod devices. Try them first if you are having this Wi-Fi connection issue:

Many users have gone through these steps and are still having the same Wi-Fi connectivity issue. Others have tried resetting their internet routers, which Apple support says could be part of the problem. But given that this is such a widespread issue, it's more likely that Apple will have to roll out a software update on its own.
Hope finding a solution to this problem won't take too long. Since this is a software issue, Apple should take ownership of the issue and offer a fix. But for those who are considering buying a HomePod Mini, it might also be worth considering Apple Care.