In recent times, Tron is giving strong competition to Ethereum, EOS, and other blockchain alternatives for those who are looking to build their applications on a state-of-the-art public blockchain platform. This is why the demand for expert TRON Development has gone through the roof in the past year or so.

What does Bitcoin Mean? You Should Kn…
A Furry’s Guide to Digital Signature …
Vechain Blockchain Technology Powers …

TRON is a public blockchain network created to provide a cheaper and more efficient alternative to other blockchains like Ethereum.

As a separate blockchain network, TRON comes with its own set of network protocols, tools, and features, allowing organizations and developers to build their decentralized applications (DApps) on the TRON network.

TRON development is one of the trendiest subjects in the crypto market today.

However, the lack of information on the subject and insufficient resources for developers to learn to build on the Tron Blockchain are greatly limiting our abilities to truly explore the power of this next-gen blockchain system.

But, given the right approach and with the help of a powerful TRON Development Company like SAG IPL, you may just be able to build your next-gen TRON application with little effort. Here’s how? 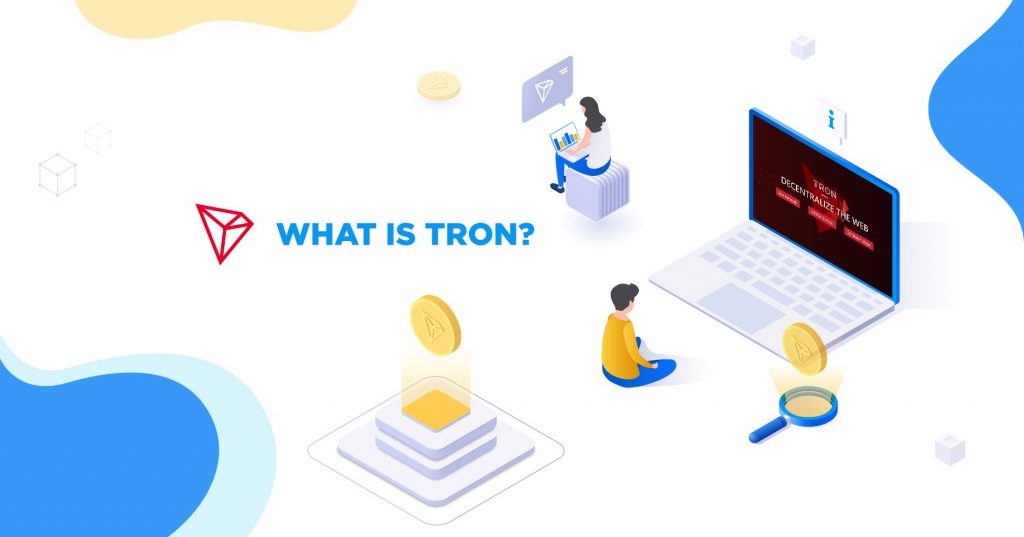 TRON is a blockchain ecosystem based on the concept of decentralization and providing an easy way for developers to build their decentralized applications and tokens.

As a public blockchain, TRON allows public users, including developers & organizations, to build their decentralized apps such as wallets and DApps, and tokens on TRON.

The TRON public blockchain is the core of the TRON ecosystem and designed to follow the TRON protocol.

Similar to other blockchains such as Ethereum, TRON allows development as well as transferring of digital assets, DApp creation & deployment, issuing new tokens, staking, and more.

TRON’s unique architecture and secure code ensure that its blockchain ecosystem is more efficient and stable compared to most other public blockchains out there.

The TRON network has its own cryptocurrency called the TRX. The main use of the TRX is to vote for super representatives.

It can be stored and transferred through a TRX-supported wallet application.

In terms of performance and efficiency, TRON is one of the best platforms to build next-gen blockchain applications.

It’s faster and more efficient compared to most other public blockchains out there.

Even though TRON takes its inspiration from blockchain technology, i.e. uses a similar decentralized architecture where transactions can be executed without needing the approval of a third-party or intermediate, it uses a new kind of consensus mechanism called Delegated Proof-of-Stake.

While most other blockchains, including Ethereum and Bitcoin, use the Proof-of-Work architecture.

The result is a much faster speed of transaction processing and at a lower cost.

If anyone’s looking for the best blockchain network to build their decentralized apps or wallet, TRON would certainly be one of the best options. 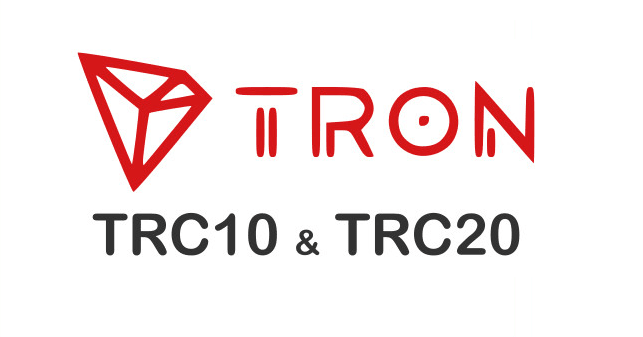 The TRX token of TRON is a cryptocurrency that can be purchased and sold via a number of top exchange platforms. Since it’s not a traditional PoW token, it cannot be mined by normal users.

The TRON network allows users to create their own tokens on its blockchain to act as a currency token for a DApp or as a utility token or for any other purpose.

Same as the ERC20 of Ethereum, TRON has its own set of Tokens as follows: 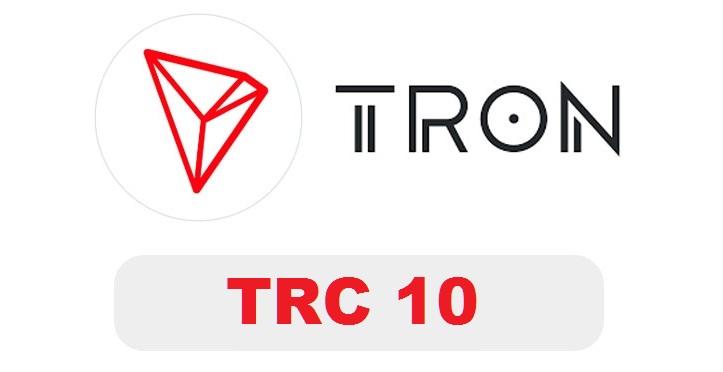 TRC10 tokens are TRON cryptocurrencies that are created and issued by the network itself.

TRC10 is a technical standard powered natively by the TRON blockchain, without the TRON Virtual Machine.

Any user on the TRON network can issue their own TRC10 token by spending an amount of 1024 TRX.

At the time of issuing a TRC10 token, the user needs to specify details like the token name, market cap, total number of tokens, exchange rate to the TRX, circulation duration, etc.

TRC10 tokens are supported by all crypto wallets that provide support for the TRX token, allowing creators to easily sell their newly created tokens via an ICO.

TRC10 tokens are easier to create and issue as compared to TRC20 tokens, which is the reason why most of the TRON-based tokens in the market are TRC10 tokens.

The high-demand for TRC10 tokens is the reason why new developers & businesses engage our TRC10 development services for their projects. 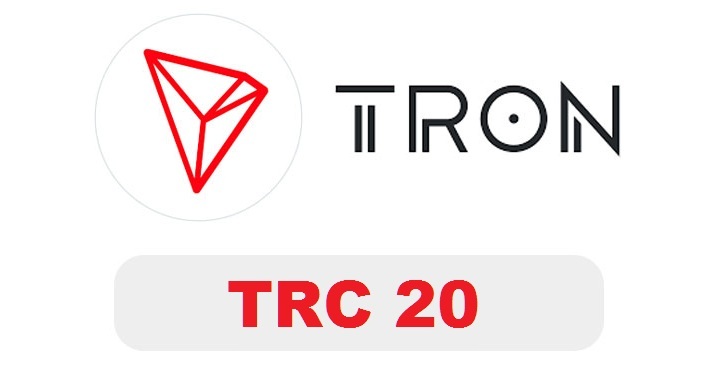 These tokens are compatible with ERC20 and make use of the TRON Virtual Machine (TVM).

TRC20 can be considered an upgrade to the TRC10 protocol, as it is supposedly more secure and involves the use of smart contracts.

Smart Contracts are digital contracts that are used to create middleman-free agreements that can be coded to execute automatically upon the fulfillment of the underlying conditions.

A custom TRC20 token can be created on a TRON blockchain network with a smart contract.

Top examples of popular tokens built on or using TRC20 protocol are WINk, SEED, IGG, among others.

The high security and capability of TRC20 tokens to build next-gen blockchain applications are the reasons why entrepreneurs and companies are hiring expert TRC20 development services from SAG IPL.

One can use TRON blockchain for developing a range of blockchain applications such as wallets, DApps, tokens, etc.

TRON-based tokens are cutting-edge and built on the latest Blockchain Technology (TRC20/TRC10) in the market.

They are highly secure, middleman-free and process transactions fast.

TRON wallets are easy to build and can be designed to integrate into any existing system.

Our TRON tokens/wallets support Android, iOS, Windows and other popular platforms and feature a customizable interface that makes it easier to upgrade the app.

There are a number of benefits of building your decentralized app on the TRON Blockchain, such as:

Related: How Much Does It Cost to Build a Blockchain Project? Here is A Complete Guide

SAG IPL is an award-winning blockchain development company that specializes in creating customized blockchain solutions for businesses in a range of niches.

We have an in-house team consisting of 50+ full-time & expert blockchain developers that you can hire on an hourly or project basis, as per your needs & budget.

Our blockchain developers are experienced in creating highly scalable & flexible decentralized apps on the TRON network. Hire us because we’re –

We have been building & delivering successful blockchain projects for almost 10 years now.

Over the years, we have built over a hundred blockchain applications for clients in a variety of industries, including Decentralized Finance (DeFi), digital identity, supply chain, and government.

We have experience in creating blockchain applications that are made to scale, i.e. the apps that can be easily customized according to your changing needs and project scope.

TRON blockchain itself is highly capable and capable of meeting the growing network load demands.

At SAG IPL, we are 100% committed to client satisfaction. Our developers are trained to create the most cutting-edge solutions to exactly meet the client’s needs & expectations.

Still, if you are not happy with our work or want changes in a product, you only need to ask.

Hundreds of businesses all over the world trust us to build their valuable blockchain projects.

We are the most reliable and trustworthy blockchain team you’ll ever get to work with.

In fact, we never force our clients to sign any long-term contract with us unless they are fully satisfied and happy.

Having an in-house team of TRON (blockchain) developers enables us to consistently deliver exceptional results to our clients without compromising on quality.

We never outsource to third-party and always use our own team of blockchain developers, who are trained and professional.

To outsource TRON developers from SAG IPL, contact us today! 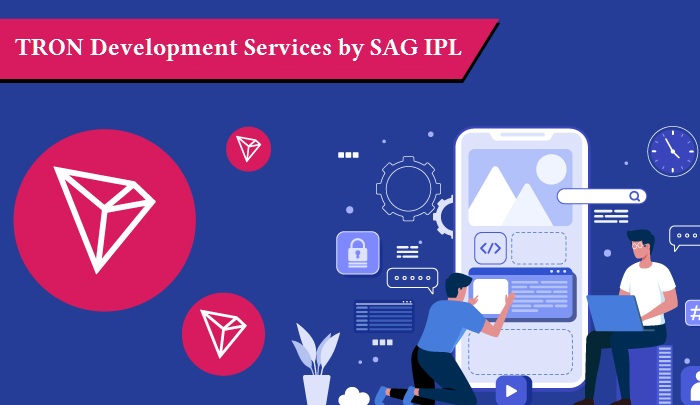 There is not much you can’t build on the TRON blockchain network. From a multi-dimensional token to your first wallet app

A smart contract and all other types of blockchain applications can be built on TRON. And you can hire expert TRON developers from SAG IPL for all that.

At SAG IPL, we have been providing blockchain development services to startups and enterprises for almost 10 years now.

We have experience in developing blockchain products for businesses in a variety of industries, including finance, digital security, identity, cloud, and more.

You can hire a SAG IPL developer for the following TRON development services. 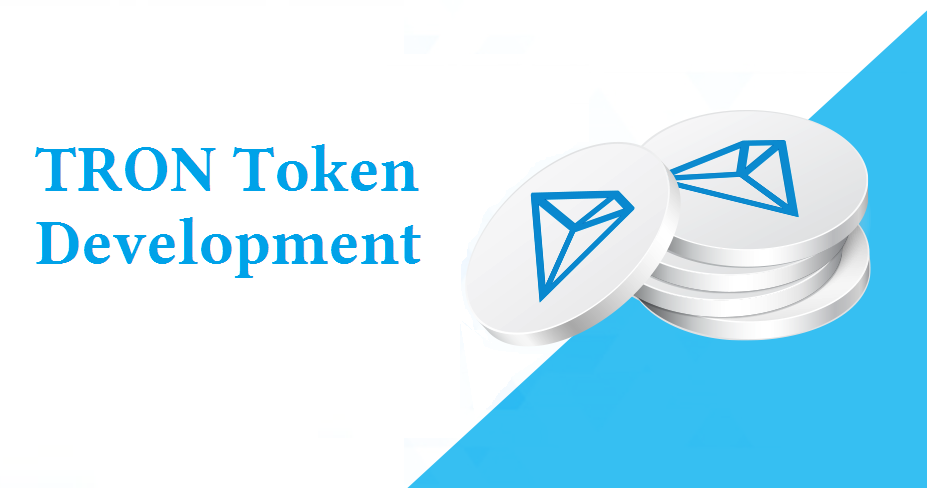 Since TRON is still a new technology, not many blockchain developers can confidently build TRON applications and tokens without errors.

But, we at SAG IPL have practically mastered TRON development and have a team of experienced TRON developers who can build a variety of powerful tokens and coins on TRON.

The best way to securely store your TRON tokens and any other ERC10/ERC20 tokens are by using a private & highly secure TRON wallet.

We can help you build a customized TRON wallet, allowing your users/investors to securely manage and trade their TRX tokens with complete control over their funds. 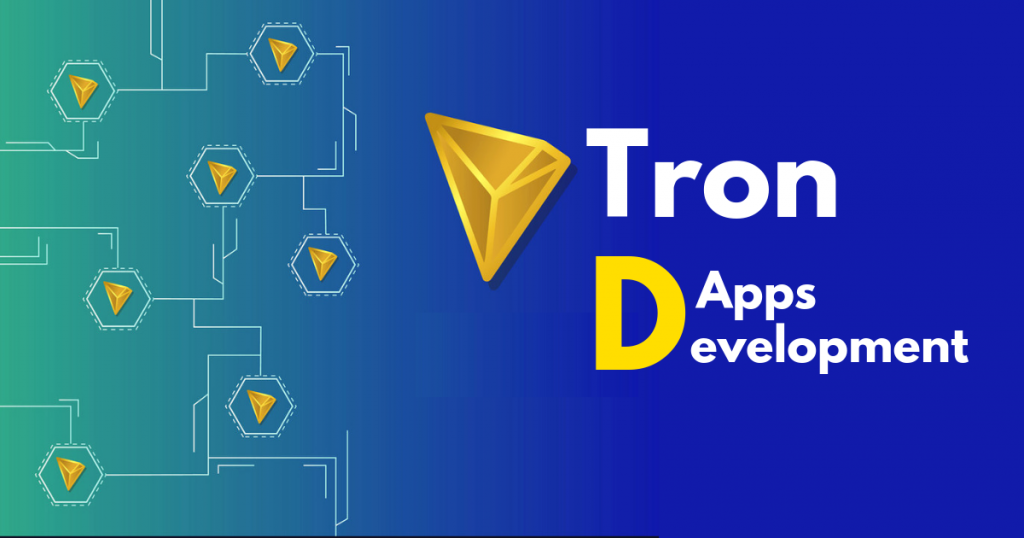 The TRON blockchain was created to handle bulk transactions and execute them faster than anything.

It is mainly used for developing truly decentralized applications that are highly efficient, fast, and cost-effective.

Our TRON developers have huge experience in building customized decentralized apps on a number of blockchains.

Over the past couple of years, we have successfully built 10+ DApps on the TRON network for businesses in finance, healthcare and other industries.

Being the native token of the TRON network, TRC10 is quite powerful and comes with a lot of security features.

Also, it’s comparatively easier to build and is supported by all types of crypto wallets.

Let our expert TRON token developers build the perfect TRC10 token for your next blockchain project.

TRC20 Token is the latest TRON token standard that allows users to build more efficient cryptocurrencies based on the TRON blockchain network.

Our experienced TRON token developers can build for you a feature-rich TRON token/coin to be used as a currency token or utility token, as per your business needs & goals. 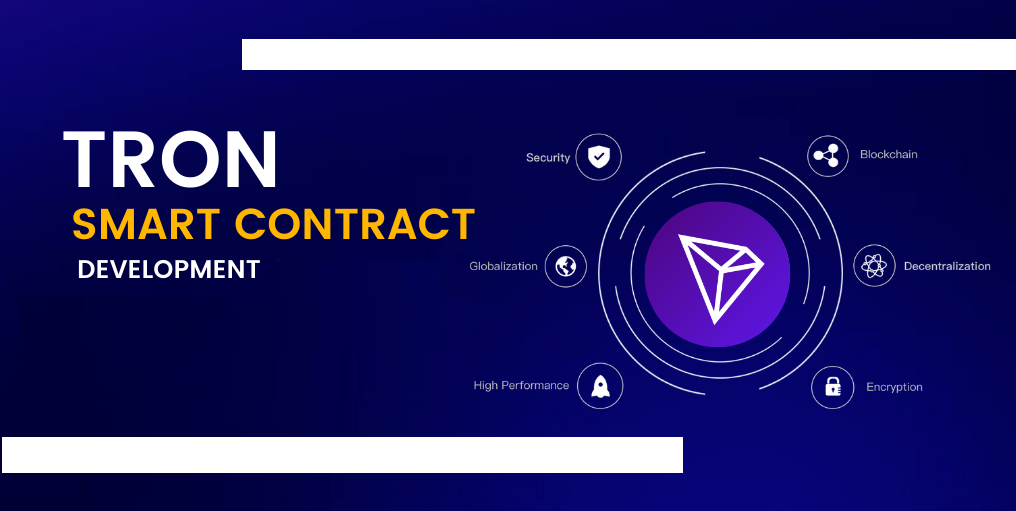 The TRC20 technical standard of the TRON blockchain involves the use of smart contracts for issuing new tokens.

We can help you build a powerful, error-free TRON trading platform with the flexibility to scale limitlessly in the future.

Looking to build a custom API to integrate the power of TRON blockchain into your own system?

Take your blockchain innovation to the next level with our bespoke TRON development solutions & services.

TRON, in the past couple of years, has emerged as a strong alternative to established blockchain platforms such as the Ethereum blockchain (ERC20) and Bitcoin.

It’s faster and much more efficient and can process up to 2000 transactions per second compared.

Also, it has a lower gas fee.

These reasons are enough for anyone to start considering TRON as a suitable contender for building their decentralized projects.

SAG IPL is a full-service blockchain development company with a specialization in TRON development and more than 10 years of experience in the industry. To hire the best TRON developer in your budget, contact us today.