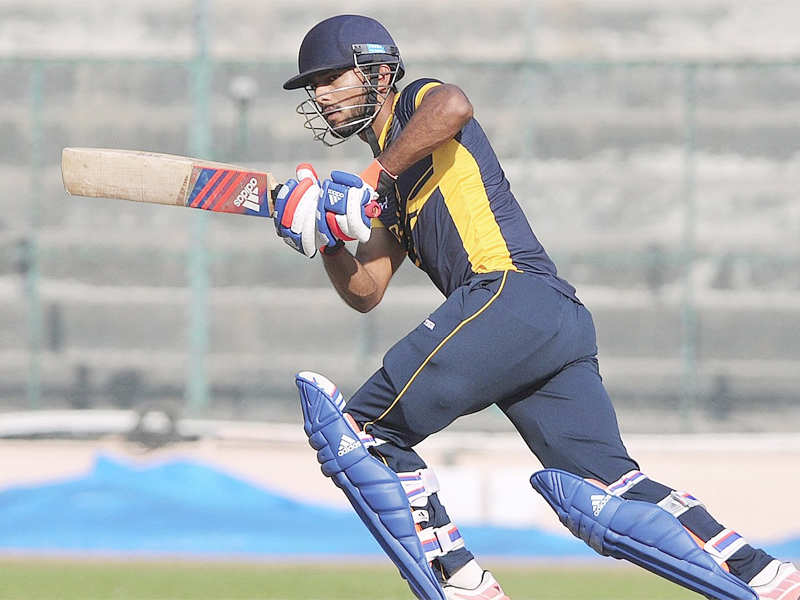 NADAUN: Opener Unmukt Chand was back among the runs with a knock of 90 as Delhi thrashed Bengal by 89 runs to continue their winning streak in the domestic one-day cricket tournament for the Vijay Hazare Trophy on Sunday.

Opting to bat after winning the toss, Delhi posted a competitive 282 for two in the stipulated 50 overs at the Atal Bihari Vajpayee Stadium.

In reply, Bengal were all out for 193 in 41 overs with Abhimanyu Easwaran making 67 off 89 balls in the Group B match.

Delhi were off to a steady start as Unmukt and Hiten Dalal added 67 runs for the first wicket.

Last match centurion Dhruv Shorey fell cheaply for 11 after Dalal’s departure, but Unmukt found an able ally in Nitish Rana, who slammed 48 off 42 balls with the help of four sixes and two boundaries.

The duo added 82 runs for the third wicket.

Milind Kumar (38) and Pawan Negi (26) made useful contributions as Delhi, who were at one stage sitting pretty at 173 for two, managed to set a challenging target.

Medium pacer Boddupalli Amit was Bengal’s most successful bowler, returning figures of 4/52 in his full quota of 10 overs.

When Bengal’s turn to bat came, their top-order struggled against the duo of medium pacer Suboth Bhati and left-arm medium pace bowler Kulwant Khejroliya. Both picked up three wickets each.
Easwaran aside, Anustup Majumdar made 31 and Writtick Chatterjee 27.
Delhi skipper Ishant Sharma returned wicket-less while giving away 29 runs in seven overs, but left-arm spinner Pawan Negi had two wickets to his name.
In the other Group B matches, Uttar Pradesh beat Himachal Pradesh by 43 runs in Bilaspur, while Kerala defeated Tripura by four wickets in Dharamsala.
Source : timesofindia