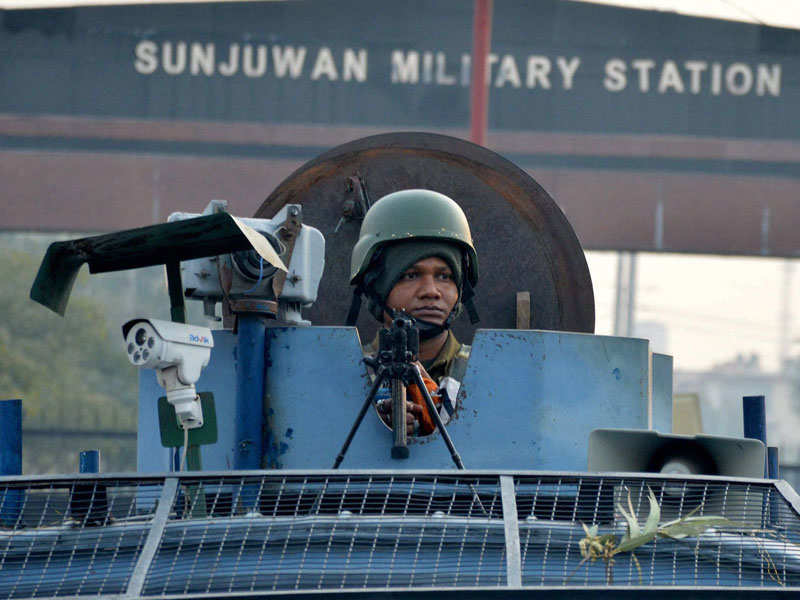 The Army has ordered a court of inquiry into the suicide attack on its Sunjuwan camp to pinpoint the exact security lapses. But the fact remains that several measures proposed by a top-level tri-service committee, headed by former Army vice-chief Lt-General Philip Campose (Retd), almost two years ago are yet to be implemented by the government.

The Campose Committee, which was set up after seven Military personnel were killed in the terror strike on the Pathankot airbase in January 2016, had exposed several holes in the existing security set-up of most military bases around the country, as was reported by TOI earlier.

The defence ministry, on its part, finally sanctioned Rs 1,487 crore just a few days ago to bolster peripheral security around military bases in J&K and other parts of the country. “The project, which will cover military bases under six commands and be monitored by the Army headquarters, has to be completed by December this year,” said a source.

The MoD contends several steps, which range from risk categorization of military bases and formulation of detailed SOPs to strengthening of response mechanism with better equipment and augmentation of security infrastructure, have been taken after the Pathankot terror strike.

But much more clearly needs to be done, even though it’s virtually impossible to stop suicide attacks. Quite a few Army camps in J&K, especially in the Jammu region, still do not have adequate perimeter defences with multi-tiered security layers or electronically-controlled fences and night-vision devices, say officials.

The Campose Committee had recommended several measures that ranged from installation of modern “access-control, perimeter security-cum-intrusion detection systems” and better intelligence-security coordination mechanisms to provision of new weapons, bullet-proof jackets and night-vision jackets to personnel guarding the bases.
Suicide attacks on Army camps to achieve dramatic high-impact results have been a recurring phenomenon over the years in J&K. The deadliest was the massacre at Kaluchak in May 2002, which left 31 people dead, at the height of the Army’s forward deployment during Operation Parakram in wake of the terror strike on Parliament. After the initial assault plan in January 2002 was deferred, India came close to war with Pakistan for the second time that year after the Kaluchak incident.
Similarly, Indian Para-Special Forces had conducted the “surgical strikes” against terror launch pads in Pakistan-occupied-Kashmir on September 29, 2016, to avenge the killing of 19 Indian soldiers in a suicide attack at the Army camp in Uri earlier that month.
Source : timesofindia