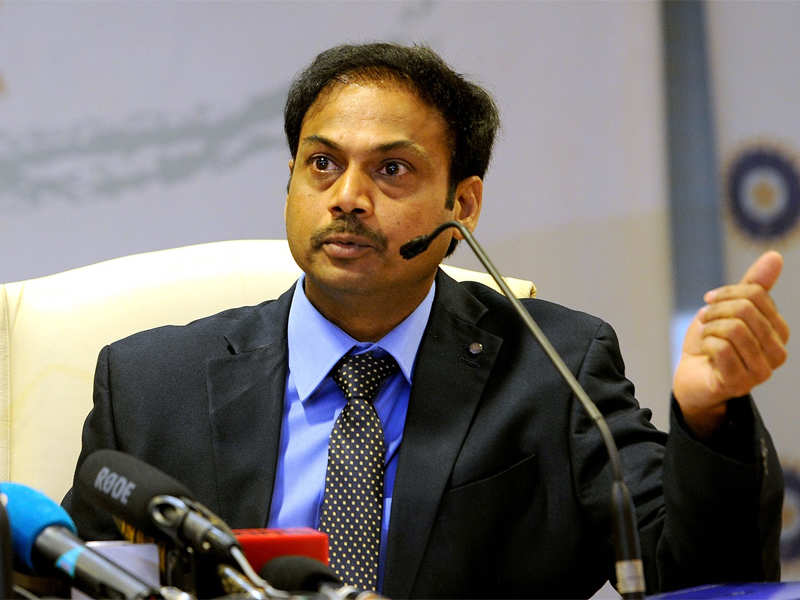 CHENNAI: The fact that young Wrist Spinners Kuldeep Yadav and Yuzvendra Chahal had demolished the South African batting unit in the first three ODIs in their own backyard hasn’t surprised the BCCI chairman of selectors MSK Prasad.

In fact, he went on to state that the selectors’ “tough decision” to back the wrist-spin duo over the experienced finger spinners R Ashwin and Ravindra Jadeja was “proven right.”

ALSO READ: Kuldeep, Chahal could be the X-factor in 2019 World Cup: Kohli

“I wasn’t surprised at all. I have always had the faith that both of them were wicket-takers. If you see in the last three games they have taken 21 wickets, which is incredible. I’m sure with the backing they get from the team management and the skipper, their confidence levels will keep going up with every game,” Prasad, who is in Chennai to keep track of things in the ongoing Vijay Hazare Trophy, said.

The 42-year-old former India stumper explained that the decision to blood in the youngsters was to “create a pool of spinners” to pick from during major ICC tournaments.

“We have 6-7 good quality pacers, a person who has scored a triple-hundred in Test (Karun Nair) is waiting in the wings. Similarly we thought of increasing the spinners’ base. Fundamentally, we started off with an idea to increase the variety in our spin department. And time and again they have proved us right,” he added.

Prasad mentioned it’s too early to talk about the spin combination heading into the 2019 World Cup.

“I still maintain the same thing that I have been saying every time. We have given opportunity to the youngsters. Whatever tournament comes up, the best possible combination will be taken into consideration. The next World Cup is 16 months away so who is going to play and who is not is too early to say,” he added.

Shifting focus to the recently-concluded Test series against South Africa, Prasad said Virat Kohli & Co “lived up” to the expectations and added that “no opposition will take the team for granted” in future overseas tours.

“This series could have gone either way. We have taken 60 wickets and that’s a wonderful thing. There are quite a few things that we have learnt from SA tour in terms of how to approach an away series, the preparation part of it.

“In fact in their own den, we have bowled better than them except for the one spell (Vernon) Philander bowled in Cape Town. It’s not only potential, but the toughness that our players have. We will definitely do well in both England and Australia. I am sure that no opposition will take us for granted. If they give seaming tracks, we know what we can do,” he added.
Regarding the debatable player selections such as the inclusion of Rohit Sharma in place of Ajinkya Rahane and dropping an in-form Bhuvneshwar Kumar in the second Test, Prasad backed the team management’s take.
“It’s easy to talk from outside. What is best for the team at that given point of time, that’s what the team management decides on. May be at that point of time the team might have thought, going by form, going by the wicket and maybe going by the combination that we are looking at. The beauty of the team is that these boys are ready to sacrifice their places for the sake of the side,” he added.
With quite a few U-19 players such as Prithvi Shaw, Shubman Gill, Kamlesh Nagarkoti and Shivam Mavi making an impression, Prasad hinted that the selectors could well consider them for various India A tours to ensure steady progress.
Source : timesofindia