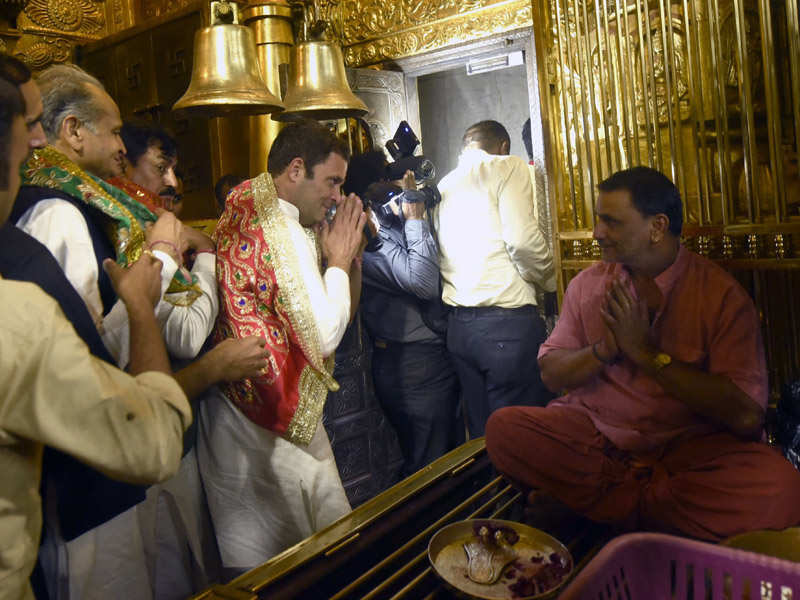 BENGALURU: Recent temple visits by Congress president Rahul Gandhi do not indicate any change in the party’s strategy as his father and grandmother too had offered prayers in shrines, Karnataka state unit chief G Parameshwara said today.
“Indiraji (Indira Gandhi) and Rajivji (Rajiv Gandhi) used to visit Sringeri swami … Indiraji also visited many temples in Karnataka … There is no change in our and Rahulji’s strategy,” the Karnataka Pradesh Congress Committee president said.

A Furry’s Guide to Cryptocurrency
Outriders Review – Gears of War, But …
National Doctor’s Day
Short Happiness Quotes From Famous an…
What You Should Know About Disability…

He was replying to a question whether Rahul Gandhi’s visits to temples during the Gujarat assembly polls, his assertion that he and his family members were Shiv Bhakts (devotees of Lord Shiva) and reports that he planned to meet religious heads in Karnataka indicated any perceptible change in the party’s poll strategy.

Asked if Rahul Gandhi will be visiting temples during his coming tour of Karnataka, the KPCC chief said, “He may visit if someone suggests, but he has not planned as such.”

The BJP had termed Rahul Gandhi’s frequent visits to temples during Gujarat election campaign as an attempt to attract Hindu votes.

He had kicked started his tour of north Gujarat after offering prayers at Akshardham and Ambaji temples.

Hitting back at the BJP, Parameshwara said the saffron party anyway, did not hold “patent on devotion”.

The perceptible change in the Congress strategy was to work towards Rajiv Gandhi’s dream of building a modern India, he said.

Parameshwara also denied media reports that Rahul Gandhi had cautioned Karnataka Congress leaders against raising ‘beef’ and ‘Hindutva terror’ issues during the coming poll campaign.
“We never discussed issues relating to beef and Hindutva terror during the meeting with Rahulji, and neither has he cautioned us against raising it … We only discussed strategies, selection criteria and campaign,” he said.
Claiming that it was BJP’s trap to divert Congress from real issues, the senior Congress leader said the ruling party would focus on development issues and its performance during the last five years.
“If BJP talks about Hindutva, we will talk about development … Our agenda is an inclusive agenda … Their agenda is to divide people on the basis of Hindutva or religion,” he alleged.
Source : timesofindia